Though I do know with some franchises, they still have to get permission from some creators. I know that Danny was pitch a reboot idea for EEnE and shot it down

Cartoon Network care more about Teen Titans Go than their enormous library of shows they have in the vaults.

I am still shocked that Fosters Home got pops, but I am not complaining.
D

I'm kind of surprised that neither Dexter or KND have gotten any kind of reboots, considering they were two of CN's juggernauts back in the day. KND could seriously have like a "next generation" reboot with the children of the original KND team carrying on their chapter of the organization.

WB & Cartoon Network are not interested in the KND franchise at all. Even Tom Warburton couldn’t get them on board for a reboot.
Last edited: Jul 22, 2021
D

Which is weird, because unlike most other Cartoon Cartoons of the time, KND was promoted and advertised out the wazoo even before the series began airing - I vaguely even remember, somehow, KND activity packs were distributed throughout our school in the weeks leading up to the premiere . . . you would've thought they desperately wanted this show to be a huge hit - and it was at the time, when you consider it was one of the few CN originals to last beyond the typical 4-season/52-episode contractual run, plus specials! Up until then, the only time I remember any Cartoon Cartoon actually getting a special outside of the series proper was A JOHNNY BRAVO CHRISTMAS SPECIAL, which marked the return of Van Partible and reverting back to his original style from Season 1 and the preceding pilots.

Oh yeah, I remember my school having those KND activity packs.... honestly that was easily one of my favorite CN shows back in the day. Numbah 4 was easily my fave.
D

Ehh, we kinda derailed this topic from old school Nickelodeon to old school Cartoon Network, so to get back on track, whenever I end up seeing Butch Hartman is trending on social media again, the more I can't help but think about something: I'm sure I'm probably really overthinking things, but when you stop to think about it, both his and Chris Savino's careers are actually really eerily similar to one another's, with only some minor differences.

For a while there, both Butch and Chris seemed like they were the posterboys for thriving creative talent at Nickelodeon, as even their smug self portraits seemed to illustrate. . . . 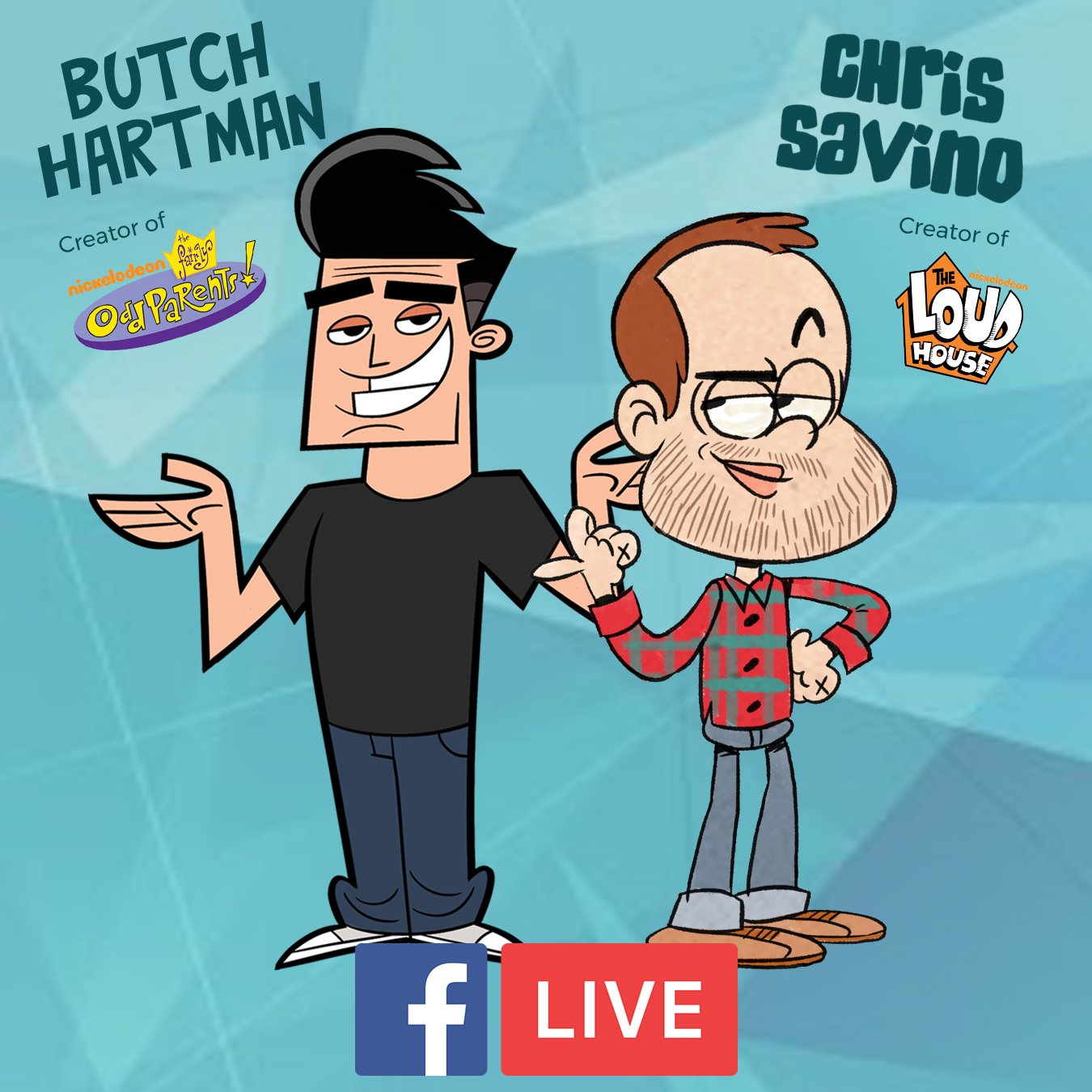 One of the biggest differences between the two of them is while Butch continues to maintain a public image by basically showing the world what a troll he is by fooling his fans into supporting his content, while also ripping off other artists' works as commissions, Chris has been maintaining a low profile and basically sticking to his comics.

Neither of these dudes are cool, but perhaps maybe Butch ought to take a hint from Chris and just kind of fade into the woodwork . . . unless he just likes the attention he gets for being a troll, in which case, yeah, keep it up dude.

In all seriousness though, it's actually kind of unsettling just how many similarities there are with these two. You don't suppose they're really the same person just in two separate bodies do you?

Butch has always been into Christianity. It was only these last few years where people got to see him for who he really is.
D

Yeah, you're right, I had forgotten about that.

On another note, I just thought of yet another similarity, albeit this one is more of a contrast: while Butch is doing commission work for his fans and other people since his career is clearly in the crapper at this point, even though Chris had reached the height of his career with TLH, he apparently was such a workaholic that he was also secretly doing other freelance work at the same time.
You must log in or register to reply here.
Share:
Facebook Twitter Reddit Pinterest Tumblr WhatsApp Email Link
Top