Didn't really notice Jim doing a lack of Anything Muppets in season two. Though in season one, the main performers were Jim, Frank, and Caroll, and it seems Caroll didn't get a lot of lead AM roles. Season two brought on Jerry Nelson, so they likely wanted to utilize him a lot.

There were three Guy Smiley segments that season, but he hadn't really been developed (now I want to check and see which season had the highest number of Guy Smiley segments with Jim). The previous season he was inconsistently named (and hosted three game shows) and sometimes performed by others in unnamed appearances.

If Jim was indeed focusing less on Sesame Street that year (aside from performing Ernie), then I guess that's why Fran Brill took over as Little Bird and Caroll Spinney took over as Granny Fanny (only to do the voice again a few years later in a Guy Smiley sketch). Now it makes me wonder if part of the lack of Kermit was due to Jim being less involved (and the controversy surrounding his use in Hey Cinderella making for a good excuse).

Maybe Jim's involvement with various film and animation inserts that season also took up some of his time.

I wondered why Jerry wasn't there to perform during season 1. He's been working for Jim since the mid 1960s. What was the third segment with Guy Smiley in season 2, anyway? I just only know the two "What's My Part?" segments; the first one with the nose, and the second with the foot.

With the mention of Guy Smiley, here's something else I've noticed -

The first puppet of Guy was a Whatnot Muppet first used back in the mid 1960s for some commercials Jim had produced. I would go as to say the puppet was permanently made into the Guy Smiley character for "Sesame Street", since it appears as though his features were all non removable, except for maybe the eyes. In season 4, Guy Smiley seem to be rebuilt as his own self reserved puppet to be used for only that character alone, the same way with Bert and Ernie. Keep in mind, the newly rebuilt Guy Smiley puppet was probably not intended to be used as a standard Anything Muppet since he has a moving eyebrow mechanism, even though when necessary, the puppet was used as a prince in some "News Flash" segments, and then eventually Don Music. I believe by the mid 1970s, a duplicate of the "Guy Smiley-style puppet" was rebuilt, only with brown hair and a pink tongue, which has been used as the lumberjack in that "Joys of the Countryside" number, and also Don Music when sharing the spotlight with Guy in the "Mystery Guest" game show.
M

SkyeFan said:
I wondered why Jerry wasn't there to perform during season 1. He's been working for Jim since the mid 1960s. What was the third segment with Guy Smiley in season 2, anyway? I just only know the two "What's My Part?" segments; the first one with the nose, and the second with the foot.
Click to expand...

Jerry Nelson worked with Jim before Sesame Street, when there wasn't a lot of work for all of Jim's crew, and he had to let him go since he was the newest hire, but would occasionally let him perform when needed. I don't know why he didn't ask him to do Sesame Street until after the first season (especially since they needed to hire a third performer). Jerry has said in interviews that he knew Jim was going to be doing a show but didn't expect it to be as great as it was. I think he's said in interviews that at the time he was really more interested in being an actor than a puppeteer back then (and he might be one of the Muppet performers who has acted on-screen in the most Henson productions).

Even when he did The Great Santa Claus Switch, Jim had Jerry be in a performers workshop as opposed to just being dead set on using him. But then Jerry became permanent with the Muppets and did Sesame Street.

In season 2 there was also The Weather Show with Guy Smiley.
S

That's quite interesting minor muppets! I actually hadn't known that Jerry had considered live acting over puppeteering at the time. I believe he had a live role in Jim's NBC TV special called "The Cube" from 1968, which I hadn't seen yet, but just only read about.

I was going to ask if Jim's wife Jane had done some assistant work during season 1, although I know she had puppeteered to audio tracks of the "Muppet Alphabet Album". For some reason, Fran Brill was not available for some time during season 3, so Jane performed Muppets with Fran's vocals in the segments set to that album's tracks. Jane performed Prairie Dawn in the "What's My Letter?" game show, the lavender AM girl in "J Friends" (towards the end of this segment, the top of Jane's head, I believe, is seen very briefly below the girl when the characters all "jump with Jane"), and the lavender AM girl who sings "The Question Song". Jane of course was perfect for having Muppets lip-synch to previously recorded tracks, since this is a technique she mastered with Jim back in the 1950s on "Sam and Friends". I also believe that Jim Henson had directed all of those "Alphabet Album" segments for the show.

Incidentally, "The Weather Show" with Guy Smiley is actually from season 3, first appearing in episode 385, one of many lost episodes from the early seasons. I myself actually thought this segment in particular was indeed from the second season, as well. There's not so much about this segment to help differentiate whether it originated in season 2 or else season 3. The only thing that really throws you off is the use of the first Guy Smiley puppet.
Last edited: Aug 1, 2021
M

And after this, I remembered The Trading Game, which I had also thought was from the second season (for the same reasons). And I checked the season 3 segments page to see if either was a holdover segment from season 2 (neither are noted, I'm not sure if either shows up after season 16, when the scripts start noting the seasons each segment was made for).

and now I am also remembering that Guy’s voice was hard on Jim’s throat (and they often pre-recorded the dialogue before taping), so I guess he wouldn’t have been pushing for them to do a lot of Guy Smiley segments a season.

Jane probably performed in season 1, but it seems she was never going to do voices or have a regular character (though there's sources that she sang in "Women Can Be", and she was among the audience noises in Emmet Otter's Jug-Band Christmas). Some of the wiki administrators had some call sheet-type documents, but it seems those were mainly for the 1980s and maybe '90s segments (and in most cases the wiki just notes those for songs). It would be great if they could get such documents for every segment.
Last edited: Aug 2, 2021
S

Speaking of the two different Guy Smiley puppets, that had just reminded me of this - 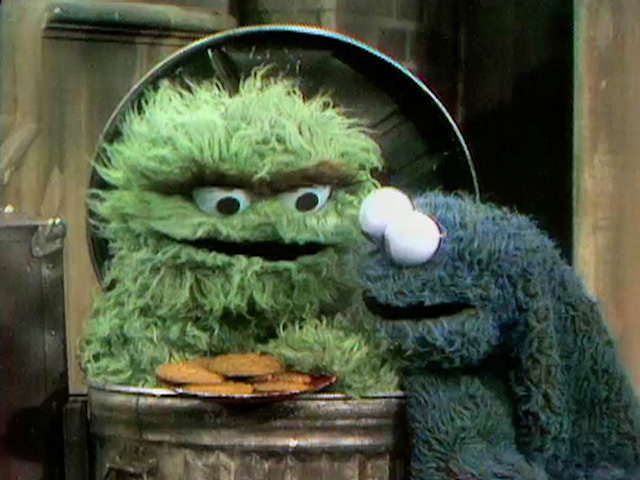 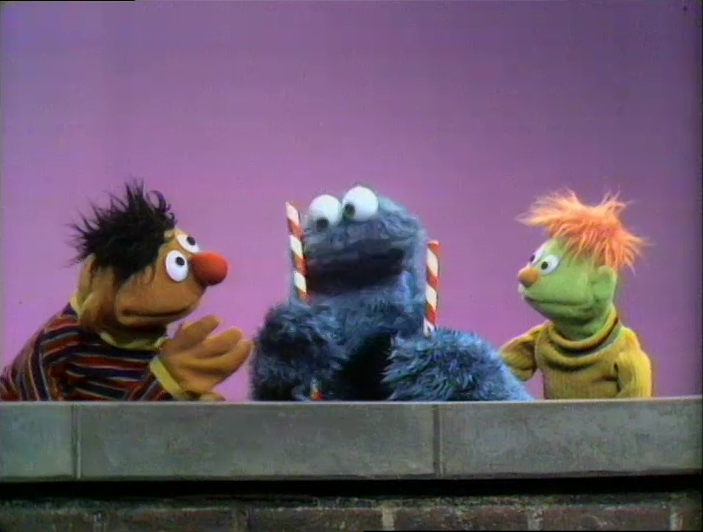 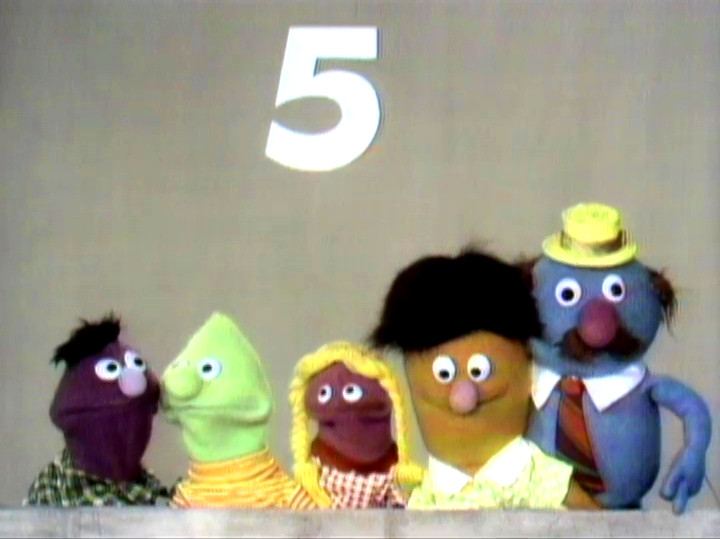 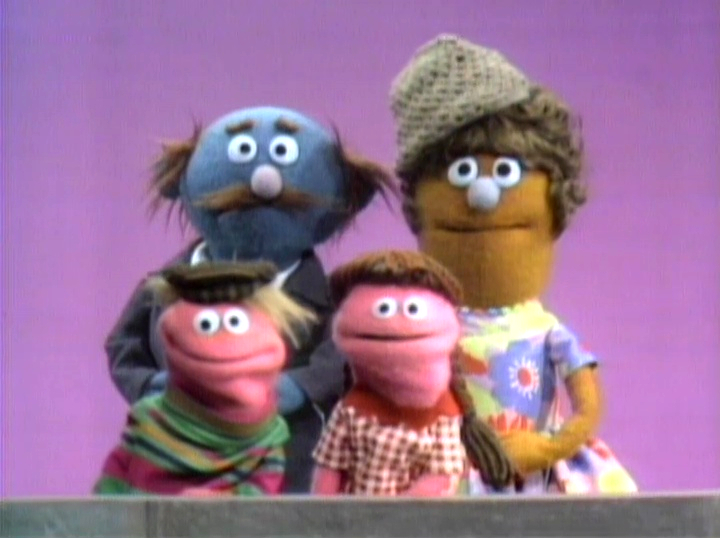 SkyeFan said:
Speaking of the two different Guy Smiley puppets, that had just reminded me of this -

Well, the street scenes and inserts are shot at different times.

I mean, season 1 segments are easily noticeable anyway with those use of beige/copper backdrops.
M

It seems like the end credits sequence for Sesame Street: 20 and Still Counting is rare. It was cut from the DVD release, and I don’t think it’s ever been online (and I have searched).

Even before it came to DVD, the end credits were not included in YouTube uploads. There’s a few uploads of the special, most of them from the original broadcast (though some are more incomplete copies beyond just not including the credits), and the credits are never included (there’s also a fan upload or two of the home video cut).

I thought many of us had taped it or acquired copies in tape trades, some fans have mentioned the credits being in the same font as the end credits on JHH and the wiki has the credits listed for the special.

Do Grouches like onions? Because in the third picture of the street scenes for show 1922, I saw that Oscar was using some sort of milkshake or sundae cup garnished with a slice of onion for a round of "Three of These Things" with the Grouchketeers.
You must log in or register to reply here.
Share:
Facebook Twitter Reddit Pinterest Tumblr WhatsApp Email Link
Top