Here's something I've noticed for some time -

Sam Pottle became the musical director on "Sesame Street" starting in season 5 as a temporary substitute for Joe Raposo while he was busy creating songs and music for "The Electric Company". It appears as though Pottle was trying to mimic the vibes of Raposo's music in some of his earlier compositions.

Here are some examples -

Other songs for "Sesame Street" by Sam Pottle's that sound very much like Joe Raposo's work are -
I should also point out that Joe Raposo was still credited as the musical director (I think under the "Special Songs By" credit) during season 5, even though Sam Pottle started to become his temporary replacement by this time. There were still new songs and musical scores of Raposo's debuting during the fifth season such as "How Do You Do?" (sung by Lena Horne) and "Little Things" (sung by Joe Raposo, himself). On the record of "Bert and Ernie's Sing-Along", you may notice on the Side B label for the song "A Very Simple Dance", it references the music publishing division "Easy Reader Music" which is credited as being associated with "The Electric Company". This is probably an acknowledgment for the borrowed use of some of Joe Raposo's musicians, who were all active on "TEC" at the time.

At the end of Follow That Bird, we see a few Muppets excited about Big Bird going home, they look out the windows and act excited.

And most of those characters are Anything Muppets or monsters. We see Prairie Dawn, a boy who kind of looks like Roosevelt Franklin (and the wiki does list him as such, though I think I see a tiny nose on him), and Elmo, not long before he became a main character (and could pretty much still be “AM Elmo” at this point).

Also, in FTB, most of the original characters with speaking roles are voiced by people who aren’t really involved with Sesame Street, whether they are actors or background performers from Fraggle Rock. Most of the Feathered Friends and generic grouches I cannot identify the voices of. But in that scene, with random AMs and monsters, most of them are voiced by the core Muppet performers. The girl is clearly Kathy Mullen (though she wasn’t that involved with Sesame Street), I think I hear Richard as a monster (besides Elmo), and I think I hear Frank as one of the monsters as well (“big bird’s home! Big Bird’s home!”).
D

A couple of things from the "Food" episode of EW, both of which involve him recording himself eating breakfast:

1. Even though he sets the camera down to eat, the camera still moves involuntarily.
2. He had a pretty sizable breakfast: a big bowl of cereal, some toast, a large glass of milk, and a glass of some kind of juice as well . . . all of which he consumed in less than ten seconds . . . unless he's got a little bit of Cookie Monster in him, I find it hard to swallow (pun intended) that a little monster can eat a breakfast that big in that short amount of time.

D'Snowth said:
1. Even though he sets the camera down to eat, the camera still moves involuntarily.
Click to expand...

in most YouTube videos I have made, I sit the camera down on something, and while there’s usually not a camera person, in quite a few instances I see that the camera was involuntarily moving (even if I place it on a tripod or flat enough surface). I guess it might be how it’s built or placed.

If you ask me, I can’t help but feel like Brian’s Telly had a Mr. Bill influence on him.

Honestly the more I rewatch seasons 24-32 episodes for nostalgia, while it’s certainly fun and comforting, age has pretty much caught up to me with learning the fact that this time period the show really tried hard to compete with that horrible purple dinosaur.

Never really showed for me (but then again, I don’t regularly watch classic SST).
M

maybe it’s not that big a deal, but these days, it seems like most of the main performers have only one regular character.

longtime performers Martin Robinson, David Rudman, Eric Jacobson, and Matt Vogel all still have plenty of characters. Peter Linz has two, Carmen Osbahr has two. But Ryan Dillion, Leslie Carrara Rudolph, Stacey Gordon, and others seem to just have one main character and no side characters or anything (I don’t expect Dillion to get many chances to do Lefty or Don Music).

In the old days, many of the main performers had a ton of characters, now they don’t seem to have so many. Could this be due to the character focus being reduced or there being less new characters in the past two decades or then wanting to give each of their main performers a major role?
S 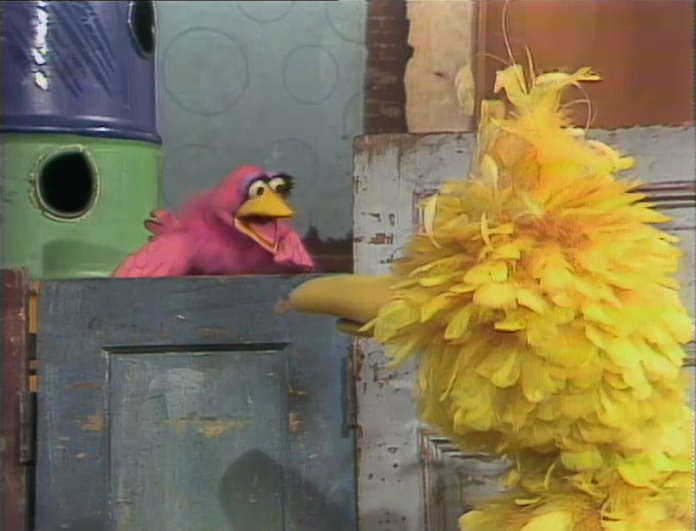 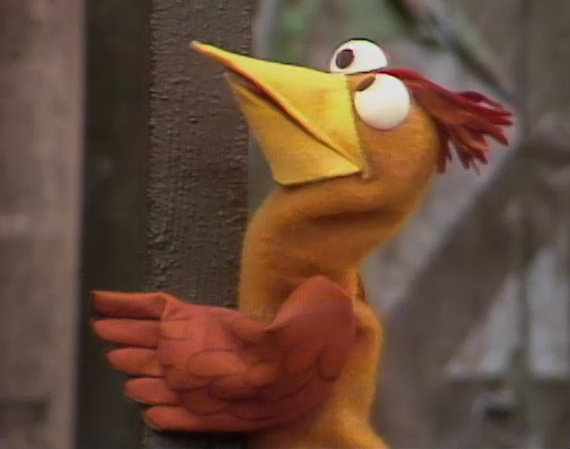 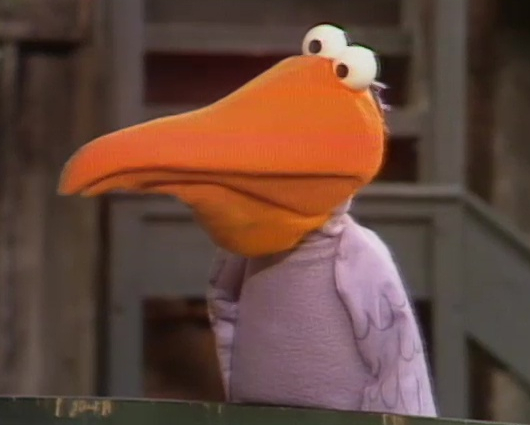 Out of these three birds, I'd say the pelican is the COOLEST looking one. Besides the familiar shade of lavender, you can hardly tell it's made from an Anything Muppet. I wouldn't be surprised if his lower bill was "hollow" with an opening in the front to create the illusion of swallowing a fish, like the way real pelicans would. If that were the case, the interior of the pelican's bill would be all black, so you couldn't see a fish being engulfed whole, sort of like how Cookie Monster, for instance, is able to "eat" cookies, among other things.
Last edited: Jun 22, 2021
S

Okay, here's quite a challenging mystery to unfold- 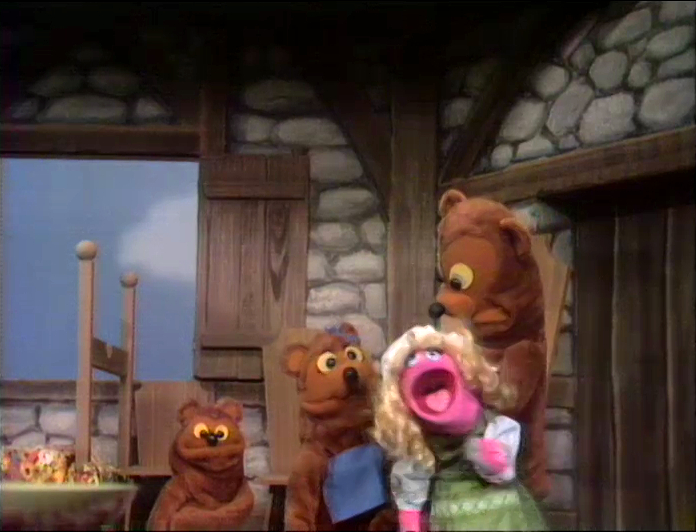 Now, first of all, just how I admire the way they made three different kinds of birds out of standard Anything Muppets, I really love the highly creative and ingenious way these Three Bears were made. Since most real bears have brown fur, these AMs are all pumpkin orange, and that's as close on the color spectrum to resembling some shade of brown. I've always had an interest for the concept of taking regular AMs, intended for the common use of human characters, and transforming them into animals, monsters, and even extraterrestrials.

As you can plainly see in this picture, the Papa Bear is the tall pumpkin AM, the Baby Bear is the small pumpkin AM. What I'd like to know is, what AM is used for the Mama Bear? She certainly isn't any kind of pumpkin AM I've ever seen before. She's middle sized in height, and has a round head, sort of like the regular lavender AM. 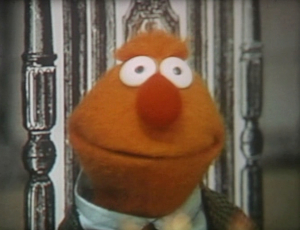 He was in the original "Sesame Street" sales pitch (performed by Muppet writer Jerry Juhl), and I believe he has appeared in some Henson-produced TV commercials of the 1960s. I can't imagine that a single Anything Muppet would be built for the sole purpose of being dressed as a bear, and reserved only for that chaacter and not made into any others. Then again, my guess is as good as anyone else. Just think, so many Muppets from previous productions, prior to the debut of "Sesame Street", have been used several times on the show.
Last edited: Jun 22, 2021
You must log in or register to reply here.
Share:
Facebook Twitter Reddit Pinterest Tumblr WhatsApp Email Link
Top