In season 31 or 32, it seems like they started to make an attempt to make Ernie and Telly a duo. There's the imaginary t party segment, and Ernie doing his A poetry, and I think another segment. And then they stopped.

I wonder what happened. Did they think the two didn't have the right chemistry? Or could it be that Telly was more of a fill-in for Bert and then Eric Jacobson became more active as Bert? I wonder if Telly should have been the one looking for Ernie in Journey to Ernie.

In one of the recent interviews, the producers said there was something like 16 hours of that documentary footage. So, way more than an hour's worth.
M

Oscarfan said:
In one of the recent interviews, the producers said there was something like 16 hours of that documentary footage. So, way more than an hour's worth.
Click to expand...

Wow, the could have made it a multi-part documentary series.
S

Someone mentioned songs they wished they spoofed on "Sesame Street". You know the Bruce Springsteen Muppet from the "Born to Add" song? Wouldn't it be cool if they had him sing a parody of Springsteen's "The E Street Shuffle" (really cool song) remade as "The Sesame Street Shuffle"? In my opinion, Bruce Springsteen sort of reminds me of Chris Cerf in this particular song, so I can just imagine this song being rewritten with the previously mentioned title, and lyrics referencing "Sesame Street" in some ways. I also can imagine this being performed on the street during an episode with the whole cast joining in. Wouldn't that sound fun?

I am not sure if this was brought up yet, but I just thought of something.

You know the "Funky R Car" skit that was aired as a recurring segment during the 1970s and 1980s, and once in the 1990s (in 1990)? I am wondering if the art for that segment was the work of Cliff Roberts? I ask this because the black outlines of the African-American woman and her car was relatively thick, and the lowercase "r" was entirely black. Both those elements seem to be more reminiscent of a Cliff Roberts animation, it seems. According to Muppet Wiki, Cliff Roberts did the art for at least one segment involving an African-American character - one known example is the T for Top speech balloon skit.

I did learn somewhere that the funky music heard in the skit was the work of Joe Raposo, and that music was also used in the dance party scene in the "Spidey Meets the Sandman" sketch on The Electric Company.
S

Is it all quite possible that the Humpty Dumpty puppet from that "News Flash" segment with Kermit was very much inspired by Joe E. Brown? For those unfamiliar with the name, Joe E. Brown was a comedic actor who's starred in a series of screwball comedy films, mostly of the 1930s, from Warner Bros/First National Pictures. Most of his films were themed around sports, mostly baseball. He's best known for having an unusually wide mouth. 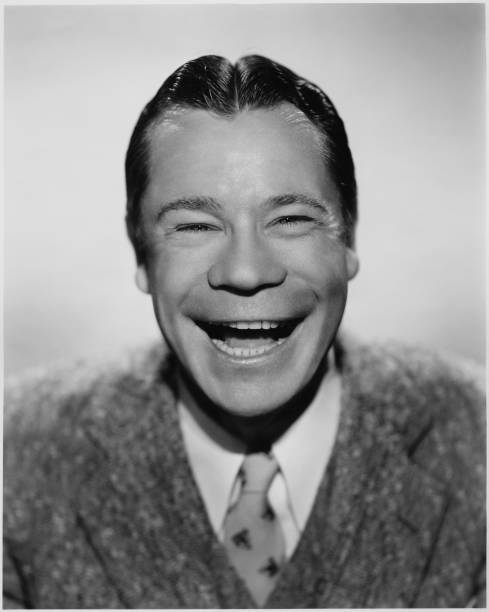 Doesn't he look quite like that Muppet incarnation of that "tough egg" from the Lewis Carroll story? 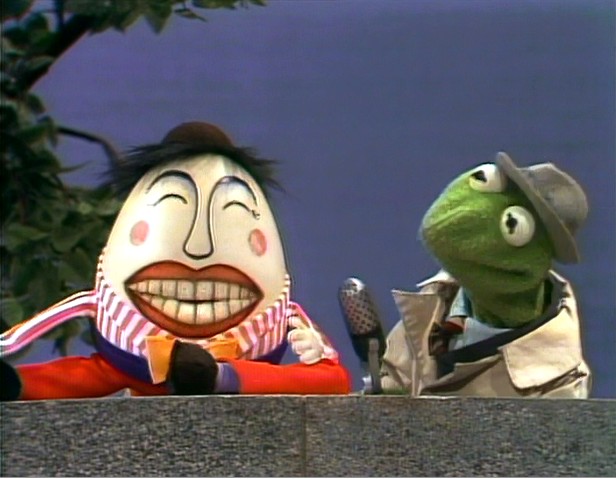 Also, Frank's voice given to the Humpty Dumpty character sure sounds quite like Mr. Brown's, especially on the words, "WELL, GAW-LLEE...".
Last edited: May 22, 2021

Maybe who knows, though that puppet is scary
S

I never found that puppet scary. I just always thought that character was SO funny. It's Frank's brilliant vocals and character given to Mr. Dumpty that's made him such a hilarious character. I'd have to say this, Humpty Dumpty's mouth/teeth can't help but remind me of the Miss A puppet from the PBS program "The Letter People" - "Give me a hanky please 'cuz I've got to sneeze - A-CHOO!".

I also have reason to believe Mr. M, with his muching mouth, was inspired by Joe E. Brown, as well, based off his voice and especially his mouth.
Last edited: May 22, 2021

I do see some similarity with the facials on the puppet.... but yeah, that puppet is absolute nightmare fuel!

Hey, that Humpty Dumpty puppet is much better-looking than the crude full body "costume" version used on "The Electric Company" in some segments such as "A Very Short Book". It had those large wiggle eyes, making it look somewhat like a Krofft production puppet; sort of like one of the anthropomorphic hats from the TV series "Lidsville".
Last edited: May 22, 2021
You must log in or register to reply here.
Share:
Facebook Twitter Reddit Pinterest Tumblr WhatsApp Email Link
Top