Your Thoughts: "The Muppets" Theatrical Film

Also, how could I have missed this? 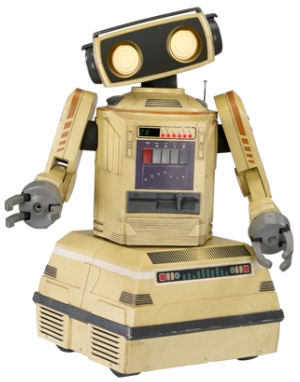 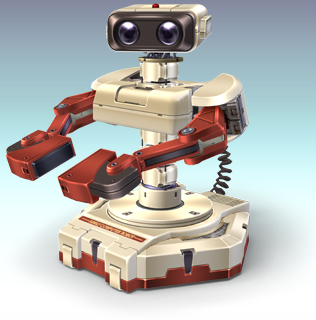 My apologies for being late to the party - my wife and I have now seen, and loved, The Muppets twice (including opening-weekend) but I wanted to wait until things finally opened up for me on a work, personal and overall scheduling level to join this AMAZING forum and share my thoughts.

As a huge fan of Jim Henson and his marvellous creations through my childhood and adulthood, and having seen three of the Muppet features (GMC, MCC, MFS) in theatres, I was thirsting for a new theatrical release but also filled with some trepidation at the Disney-backed re-launch - a hodgepodge of mixed emotions that seems to have been shared by many of you on this forum.

I couldn’t be happier to tell you all that, with only a few minor exceptions, The Muppets erased those worries right from the movie’s opening minutes and the film now stands third in my personal rankings (behind only TMM and GMC). It works as both a nostalgic Valentine to the Muppets’ heyday (and the fans who remember and/or treasure this period) and a stand-alone modern movie that will no doubt be as entertaining and heartfelt in ten, twenty, even fifty years’ time.

It’s hard to boil down my excitement about this movie into a few words, but these are the elements that made The Muppets worth the wait for me:

(1) The new music: I’ll admit that I cringed when I heard that the big opening and closing number was called “Life’s A Happy Song” but it didn’t take more than a few bars of the beautifully-staged opener for it to worm its way into my head (my wife and I were still singing it to each other three days later). “Pictures In My Head,” which had the potential to be a total downer, actually brightened up when the other Muppets joined Kermit midway through; “Me Party” makes me smile in spite of myself because it’s just so unspeakably cheesy (and Amy Adams knows this); and what more can we say about Oscar nominee “Man Or Muppet,” which would work without the visuals but cracks a comic home-run with its over-the-top images (especially The Very Special Guest Star).

(2) The old favourites: I was shocked and delighted with the lengths to which the script and the final product went to recreate The Muppet Show (right down to the theme song and Gonzo’s trumpet gag) in the final act, including the hilarious rehearsal sequence with the full-body monsters missing their cues and Fozzie blowing his joke. “Rainbow Connection,” far from being tacked-on or forced-in, felt like a triumphant return for the whole gang (especially with Animal bringing in the final chorus on the drums after Floyd gives him the drumsticks, "You know what to do"), and the numerous shout-outs to sketches, guest-stars, movie bits (“Together Again”) and Jim Henson itself alternately touched and tickled me.

(3) The laughs: I won’t recount every single funny bit here but a lot of this movie made me and my wife laugh out loud, even with very little set-up (chili dogs; Gonzo: “I’ve been wearing this underneath my suit for years!”; Muppet Man; Everything Stinks with Sam The Eagle; Rowlf’s montage moment; Scooter finding Beauregard; Animal: “Acting...naturally...”; Lew Zealand defining The Muppets’ view of celebrities; Hobo Joe: “C’mon! You got an audience!” - even the staging and execution of the chickens singing “Forget You” made me giggle). The plotline may have had serious undertones, but if a Muppet movie isn’t funny, it doesn’t work. The Muppets was EXTREMELY funny.

(4) The Kermit factor: A few people (including friends of mine) have griped about the “morose Kermit” we saw in this movie and I won’t lie that I was taken aback by his lack of confidence the first time I saw it. That being said, I was struck by the depths from which he came back to make all of this happen and gather up the crew, the tenderness with which he spoke to Fozzie (in Reno and in the hammocks), the humility he showed with Miss Piggy, the expedience with which he addressed Rico Rodriguez’s Ninja Turtle remark, and especially the final speech before the Muppets left the theatre. Even his frustrated reaction over the Jack Black kidnapping had a good-old-fashioned surrounded-by-Muppet-chaos feel to it. Taking in everything Steve Whitmire had to do for this movie - straddling the fine line between playing a classic character and doing something new and striking with him - I would call this his finest Kermit hour.

(5) The Piggy factor: I have had a love-hate relationship with Miss Piggy over the years and have often chafed at the often-disproportionate attention given to her character (especially from a merchandising perspective). So imagine my surprise when she nearly stole the whole movie, alternately leading the way with her trusty left hook, her take-charge attitude after Kermit’s late-movie crisis of confidence, and the heart she showed in coming back to the theatre in the first place. The combination of Segel-Stoller’s script and Eric Jacobsen’s performance gave me a new respect for Piggy, which honestly has me more excited to see her (in this movie or anywhere else) than I’ve been in years.

(6) The Walter factor: Another aspect that could have gone horribly wrong and went so right I can’t put it into words. Peter Linz took what could have been a very two-dimensional character and gave him so many layers - obsessive fanboy, lonely nerd, cheerleader (something about the way he says “You’re my hero” to Kermit always gets me, possibly because a lot of us have wanted to say that Kermit over the years), comic foil, against-all-odds winner - Walter transcended his second-banana role and gave the Muppets, and their fans, a welcome new member of the family.

(7) The right people for the job: Considering this is arguably the first Muppet movie to give such prominent promotion to its human co-stars within the advertising, they don’t hijack the movie and instead enhance it. Jason Segel puts just enough of himself and his larger-than-life personality into Gary to make him a real big brother-type; Amy Adams (a personal favourite of mine) doesn’t ramp it up to Enchanted levels but balances charm, comic innocence (“This is going to be a really short movie”) and goofiness (“Me Party,” “Mahna Mahna”); Chris Cooper nails the villain’s role with carefully-administered levels of cartoonish menace (“Maniacal laugh”) and proves that even a winner can be a loser with his desperate win-at-all-costs persona in the film’s final 20 minutes; Jack Black puts up with an awful lot in this movie and, thus, earns himself a prized place in Muppet history (as the latest “celebrity target”); and, what can I tell ya, Kristen Schaal and Sarah Silverman just worked for me in their small but worthy roles.

(8) It’s the Muppets’ movie: Notwithstanding the fact that this film is predicated on the fact that everybody somehow forgot them, the gang hasn’t looked or sounded this good in years and I spent a good chunk of the film just being happy to see them again. I can boil it down to Sweetums’ two big parts - dashing out of Mad Man Mooney & Sons to catch the Muppet car, and excitedly gasping, “YA WANNA GIVE US SOME MONEY?” during the telethon. Yes, we love you guys. Yes, we’re thrilled you’re back. Even you, Uncle Deadly (another wonderful surprise).

No, it wasn’t perfect (I agree with most people’s comments about the rushed ending, and I would have preferred more Statler & Waldorf) but it sure was a blast, and I’m sure looking forward to the DVD release. Thank you to everybody involved in this movie for proving The Muppets belong on a big screen - and back in the public eye - again.

Writersright said:
Also, how could I have missed this?

Realized this back when we saw him for the first time. He looks like a crossover of R.O.B and Wall-E.
BTW. Love your Muppet Blog! I have already added it to my list of websites I check daily!

ryan19 said:
somethings i got off the cinema =]

No way!!! You have such cool stuff in your collection.
I'm really trying to get hold of one of those posters (The one without Segal and Adams) I can't seem to find it, also the teaser poster.
Wait! You got all that stuff from the theaters? What theater did you go to??

Muppet fan 123 said:
Realized this back when we saw him for the first time. He looks like a crossover of R.O.B and Wall-E.
BTW. Love your Muppet Blog! I have already added it to my list of websites I check daily!
Click to expand...

Thanks for the compliments, I appreciate it! Funny you mention it in a R.O.B.-related post since the next big article on the blog takes a look at how Muppets+NEs can equal disaster.

Your post also reminded me on how there's so little of Sam The Eagle in the movie. Does he actually say anything? I know he's in the montage but can't remember him saying anything worthwhile for the rest of the movie.

Writersright said:
Thanks for the compliments, I appreciate it! Funny you mention it in a R.O.B.-related post since the next big article on the blog takes a look at how Muppets+NEs can equal disaster.

Your post also reminded me on how there's so little of Sam The Eagle in the movie. Does he actually say anything? I know he's in the montage but can't remember him saying anything worthwhile for the rest of the movie.
Click to expand...

Well he was supposed to have a scene with John Krasinski. But it was cut from the movie. (it'll be on the blu-ray) But he does sing in the Muppets Telethon

Muppet fan 123 said:
Well he was supposed to have a scene with John Krasinski. But it was cut from the movie. (it'll be on the blu-ray) But he does sing in the Muppets Telethon
Click to expand...

Yeah, he does have a GREAT musical moment!

Beauregard said:
Yeah, he does have a GREAT musical moment!
Click to expand...

I was actually hoping he'd say that song was uncultural or unAmerican.

Muppet fan 123 said:
I was actually hoping he'd say that song was uncultural or unAmerican.

I don't want to get into tedious details, but I just wanted to pop in here and say that generally, I enjoyed the film very much. Its the best Muppet movie in a long time. Its a love-letter to die hard fans.
You must log in or register to reply here.
Share:
Facebook Twitter Reddit Pinterest Tumblr WhatsApp Email Link
Top