MikaelaMuppet said:
What does it have to do with Muppet references though?
Click to expand...

Nothing. It was just one of those reaction memes.

The 2018 revival of Double Dare had a question regarding Cookie Monster's real name. Neither of the teams answered "Sid", which was one of the three questions ("Me Want Cookie!" was one of the others). Marc Summers (as announcer/commentator) even did an impression of him.

The past few episodes of Robot Chicken have featured an additional two new Muppet sketches:

-Super Grover dies after flying through lightning while wearing his tin foil helmet. Everyone on Sesame Street is shocked, although Elmo is more surprised to find out that Super Grover's secret identity has been Grover this whole time! I thought that was a funny comment on the ridiculousness behind Superman logic. I've always wondered if everyone in Metropolis is stupid considering Clark Kent is just Superman wearing glasses and a different outfit. Can't anybody in the entire city tell that's the same guy using a different alter ego?

-Tonight's episode featured the Swedish Chef trying to get on a plane but the flight attendant couldn't understand a word he was saying due to the fact that he can barely speak English. Crazy Harry then attempted to get on the plane as well but was quickly halted because of how he was carrying dynamite in his hand at the time.

Flaky Pudding said:
Super Grover dies after flying through lightning while wearing his tin foil helmet. Everyone on Sesame Street is shocked,
Click to expand...

But not as shocked as Super Grover! Ba-dum tss
Aaaahhh, wak- i'll show myself out.

There was an episode of The Goldbergs that ended with Adam Goldberg filming a home video where he impersonates the Swedish Chef.

On The Goldbergs, Adam has a Beaker puppet and a Dark Crystal poster in his room that can be seen in the background of every episode.

The song starts with a sample of the "Number Song Series" intro.

On the game show America Says, the question was “The dirtiest thing in my house is...” and one of the team members guessed Fraggle Rock!

Oh look, the puppets of Ernie and Oscar from the MADtv Sesame parodies are up for auction! 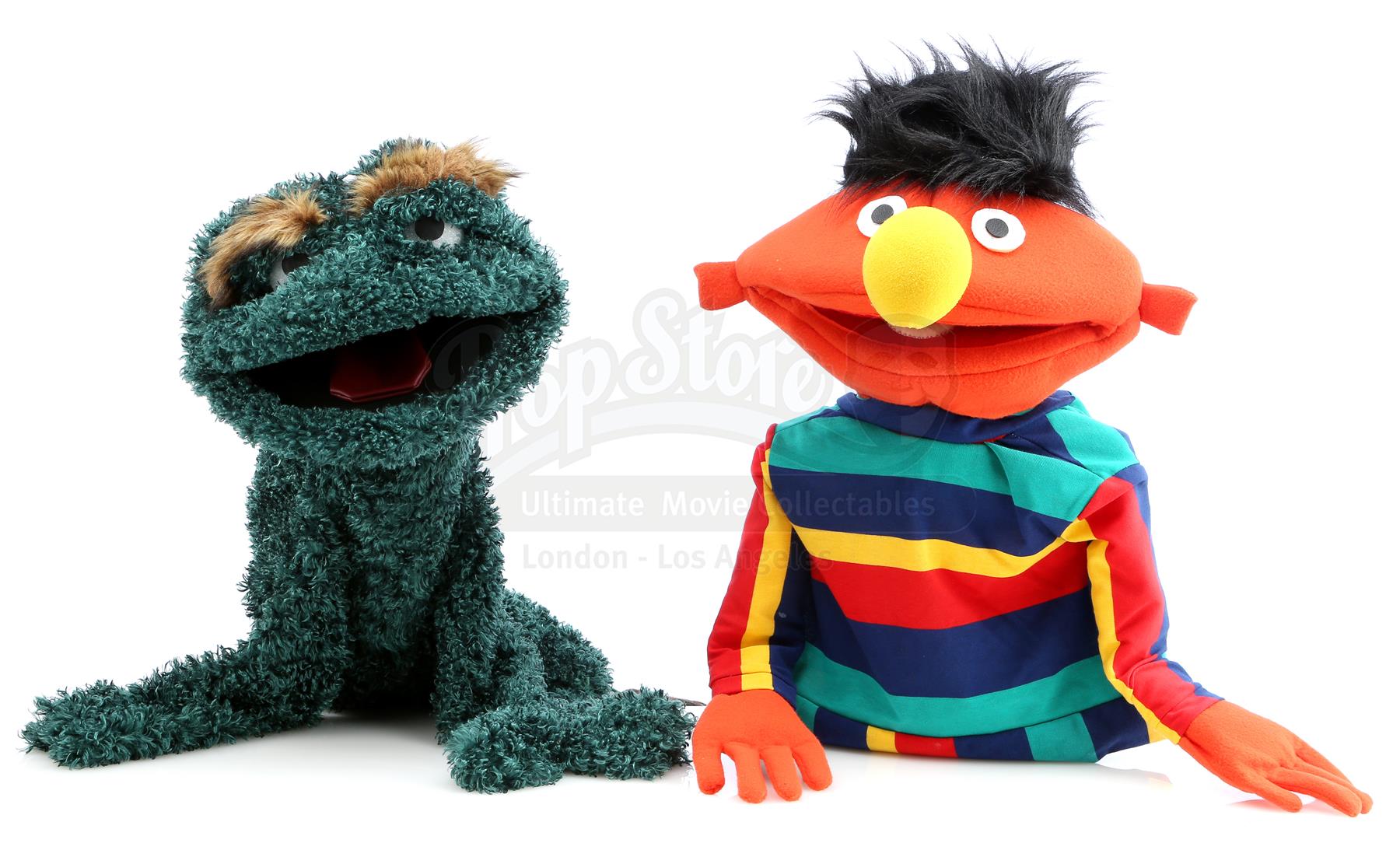