I was just watching that show last week, how funny is that?

In the Fresh Prince of Bel-air, while Will was making a "confession" on TV, he says, "Word to Big Bird!"

I'm not sure if it was intentional or not, but these two old men in the Camp Camp episode "Into Town" kinda look like Statler and Waldorf: 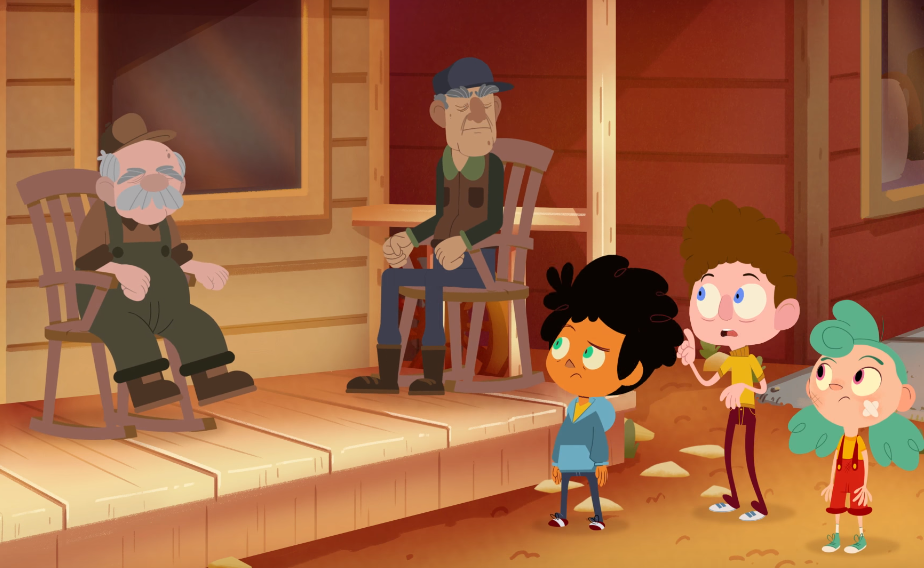 Last night's new episode of Robot Chicken featured two Muppet/Henson-related skits in it. They were:

-A very short scene of Oscar the Grouch burning alive. Just your typical Robot Chicken-style extreme slapstick violence scenario.
-Jareth the goblin king from Labyrinth working at some Hot Topic-type store and being scolded by his boss not to steal any more babies. While I'll admit they could've come up with a better idea for this one, I still liked seeing another addition to the very small list of Labyrinth references in television shows and movies. I guess the reference involved how Labyrinth has been getting popular at "edgy" stores like Hot Topic and Spencer's Gifts in recent memory. That's all I can think of.

I'm still quite impressed that they incorporated two Muppet sketches in one 15-minute episode, but I guess I should expect that from fellow Muppet fan Seth Green at this point

I was watching a Family Guy episode a few days ago and it had a scene where Carter Pewterschmidt was informed that he would be interviewed by a news reporter. Carter's immediate reply was,

"Is the news reporter Kermit the Frog wearing a trench coat? That tells you he's a real reporter,". I thought that was hilarious lol.

In the movie Ready Player One, a character reveals that he dated a girl named Kira to which he says,
"You know like the character from The Dark Crystal,".

In an episode of Drawn Together, the characters just started impersonating the Yip-Yip martians for no reason. That scene was pointless but still funny nonetheless.
M