It does feel a bit forced, I can agree on that.... but who knows what brought the decision.

Something else I learned today: there are three species of zebras.

i learned that sphynx cats were first bred in the 60s. always figured they were older than that

Today I learned the LGBT community refers to skinny hairy guys as "otters."

The resemblance is uncanny!! 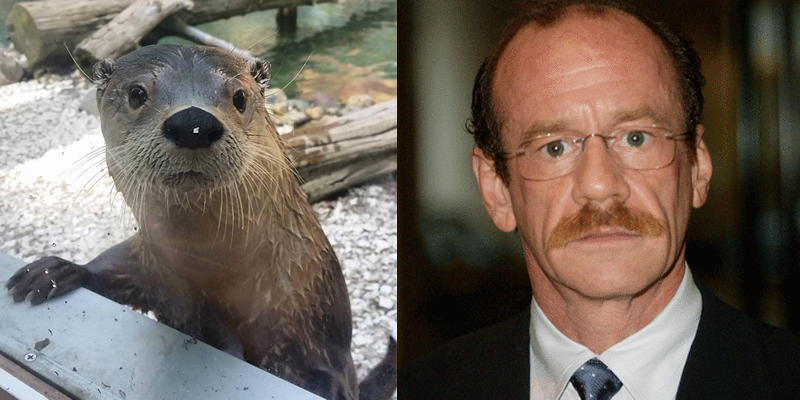 Apparently one of my nephews appeared for 11 seconds in a re-enactment on a crime show on Oxygen recently.

Your post just planted a bizarre thought in my brain: I wonder if there's ever been an aunt/uncle who has been younger than their niece/nephew; it's totally possible, right? I have cousins who are 25 years older than me so they've always been aunts and uncles to me.

All of my siblings are way older than I am, but I don't believe any of my nieces and nephews are in the single-digits age-wise anymore. My sister is the second youngest, and she's about 8-10 years older than me, but it's really funny, because way back when my niece (her oldest daughter) was still a little kid, I was in my late teens, but my niece got it into her mind that I was in my 30s, because her dad was 30 at the time, and she was of the belief that uncles are supposed to be older than dads, lol.

But anyway, something else new I learned today was BIG BIRD IN CHINA was originally going to have something of a framing device with Grover, similar to what Global Grover ended up being, but there was some sort of issue with the Chinese wildlife or something and Jon Stone didn't want to put Frank Oz through any of it, so that idea was scrapped.

soda cans have plastic lining in them. i guess so the soda doesnt taste like aluminum

Thanks to Adam Kreutinger and PUPPET TEARS, we now know what the actual Shadow puppet from BITBBH actually looks like: