Any Del said:
Makes me wonder what was the reason for airing the same Elmo's World segment on all five shows all week when the segment first started.
Click to expand...

I guess you can also say that with the way they originally did it, it saved them from having to make a lot of new episodes in its first season. And maybe we would have still gotten ten episodes that season regardless.

I don't expect to really get an answer, but in that daycare episode, Martin Robinson is obviously wearing Bruno (since Irvine is in the trash can), when he enters he makes some kind of grunt sound. Makes me wonder if it was Robinson (since he was in the character) or Caroll Spinney (who was there on set and could have made the noise live). Considering his voice is obscure (well, Follow That Bird did sell well on video, right?) and it's so brief, I could see them having Robinson do it and be no big deal. It is really hard to tell.

The episode where Nora Nicks makes a comeback appearance…… oh, and Rosita’s debut:

Ah, the days of yore with those CRT TV sets, with the dials that you turn to change the channels and the volume knobs with the color-changing thingies, and aww, you know what I'ma talkin' 'bout. 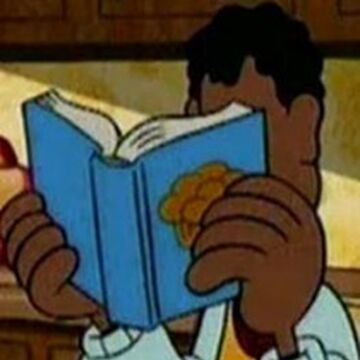 Loving the thumbnail with this one.

I'm sure you are.