Creeper David being a creeper.

Jerry Nelson's portrayal of Prince as well Prince was hilarious.

Yeah, it definitely stuck out.


Yeah, so this is the final airing with new sound effects. At least they kept the full ending in this one.


Yeah, so this is the final airing with new sound effects. At least they kept the full ending in this one.
Click to expand...

I can understand they replaced the original 1974 "NEWS FLASH" logo with the 1986 version due to the old one being so large overscan would've badly cropped it on TV sets of the time, but it's too bad they didn't retain Jerry Nelson's unique announcer spiel ("We take you now to Kermit the Frog for a special report on the storm.") as it kind of sets up this is not going to be a typical kind of special report segment.

BTW, I swear, it looks like SesameWorkshop's Friday Elmo video upload thumbnails look like they took a still of Elmo dancing from the 2009-2014 end credits, where he hogs up the last third of the sequence with said dancing... 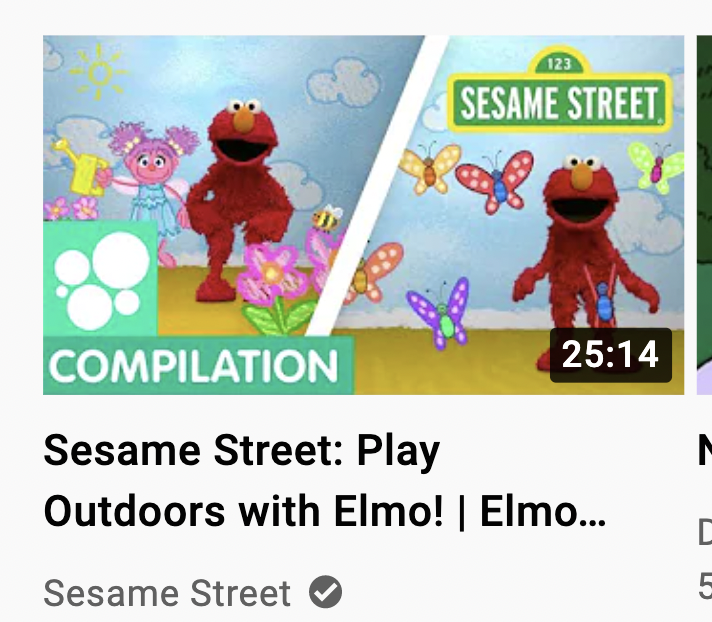 But of course, they don't really upload classic clips anymore, but it's still an observation I always noticed.

Wake up! Wake up! For goodness sake, wake up!

Makes me wonder what was the reason for airing the same Elmo's World segment on all five shows all week when the segment first started.