Your Thoughts: The Muppets Character Encyclopedia

Reevz1977 said:
Just had the book through today. I'm disappointed in the small size (I was hoping it would be the same size as some of the Star Wars and Lego ones) and quite underwhelmed by the design. That said, it's very comprehensive and I can't see too many obvious omissions (no bill, Gill and Jill) and quite a few surprising inclusions. I'm guessing some people on here will be able to name more missing characters but I'm pleasantly surprised.

It does (rather unsurprisingly!) act as an advert for Muppets Most Wanted but, after all said and done, I'm happy with the purchase and it's definitely a mark above what I expected Disney to deliver.


How small exactly is the book?

I have read the list of Muppets that are included in the book from Muppet Wiki and here is my list of Muppets that were not included that should've been included.
ANGELO
BEARD
BILL, GIL & JILL
BLIND PEW
BUBBA THE RAT
DIGIT
DAVID HOGGSELHOFF
DR. SALAMANDER
DROOP
THE COUNTRY TRIO
THE ELVISES
EUGENE
THE EXTREMES
FLASH
FRACKLES
THE GOGOLALA JUBILEE JUGBAND
THE GILLS BROTHERS
KOOZEBANIAN PHOOB
LEON
SHAKEY SANCHEZ
SPAMELA HAMDERSON
TOM, DICK & HARRY (THREE HEADED MONSTER)
VICKI
YOLANDA THE RAT
ZIPPITY ZAP

Although some Muppets were not included in the Encyclopedia I'm still really excited about this book!

Strangely, Droop IS mentioned, just not featured and the rats just have a generic page of their own. The book is about 1/2 size of the regular dictionary books from DK
M

When it comes to characters from The Muppet Show, the only ones I'm truly shocked aren't in it are Gaffer and the Gogolala Jubilee Jugband (oh, and Droop and Blue Frackle).

The Muppet Wiki rundown of the book mentions some pages that feature characters that don't have their own pages (like "Birds" having Betsy Bird, a chick, and some of the birds from Sex and Violence, or "Monsters" having Chopped Liver, The Vile Bunch, Hugga Wugga, and Anthony and Fern). Are these characters just pictured, or is there some info on them as well? Are their names in photo captions? Are their debuts listed?

Some people have said that it's smaller than they had expected, and yesterday I went to a few stores in the hopes that maybe it came there on the day it's supposed to be out, and noticed a few DK books that were smaller than I'd expected. I was expecting this to be the size of DK's Looney Tunes and Disney visual guides.

After reading through the Muppet Wiki...

1 Wondering why 80s Robot wasn't included given his creation and popularity owed to both the new movies, TM and MMW.
2 Surprised Anthony and Fern were included, they're the only ones from JHH. Unless you also count Bean Bunny and Clifford.
3 Points awarded to the MCE for finally listing all "Dr." titled characters together alphabetically correctly... But then I have to take those points away for a couple of inconsistencies like The Mooppets before Miss Mousey when they should have followed Miss Piggy and similarly for Mr. Poodlepants in the P's, but then before the Pigs.
4 Why is a Snowth included with the Koozebanians?

5 Why did Fletcher Bird get a solo entry of his own instead of being lumped with the Birds? Conversely, why didn't Bad Polly/Polly Lobster get his own page?
6 Shouldn't the Toms have been included as Old, Real Old, and Dead Tom instead?
7 With the wealth of obscure characters included, I'm a little disappointed we didn't get at least Irving Bizarre, Vendaface or Vicki, as well as separating all the unnecessary group entries so Yorick could have had a solo page to get as complete an alphabet possible. True, an X entry would have been missing, but I doubt people putting the book together would know about Xomfie and Melg, the Pink and Yellow Stalks from Sex and Violence; and even then, they'd have probably been put together as "The Stalks" or lumped with the "Monsters".

.
With a publication like this, I hope future follow-up editions are made including more characters that got left out of this initial run; and that other branches of the Henson Universe get character encyclopedias of their own.

BTW: I don't believe that inclusion of Sam & Friends or Rufus from Hey, Cinderella! automatically denote Disney ownership of either property unless information surfaces proving such.
M

The Count said:
BTW: I don't believe that inclusion of Sam & Friends or Rufus from Hey, Cinderella! automatically denote Disney ownership of either property unless information surfaces proving such.
Click to expand...


Maybe Sam and Friends is included for historical sake (though it could have just been mentioned in the Kermit section). I know that The Jim Henson Company recently rebuilt Yorick for Puppet Up, and the company did put a Sam and Friends clip (with Kermit, no less) on its YouTube channel. But I don't know why this book would include characters owned by Henson or Sesame Workshop.

And I'm pretty sure Rufus is owned by Disney, whether he's in this book or not. Disney does own the rights to Hey, Cinderella! Rufus was also heavily featured in The Muppets' Valentine Show. My reason for being surprised is that Rufus wasn't on The Muppet Show often (he was more-or-less replaced by the similar-looking Muppy, but had made a few appearances after Muppy's debut, usually in the background).

According to somebody at Tough Pigs, Craig Shemin wanted to include Jim Henson Hour characters, but for the most part Disney wouldn't allow it. Not sure why.

Australia is always the last to get stuff. we wont get it till early March.

I went out to my local Barnes and Noble today and bought a copy. I couldn't resist.

Shortly put, It's a VERY good book. Many great back-stories, jokes, and "Muppet files". Although, I think it could've used a lot less filler pages. For example, there's a two page spread just with a picture of Animal that says "Eat Drums". That space could've been used for two more characters.

Actually, the Frackles get a page to themselves, but only JG, Green Frackle, and Blue Frackle are mentioned. But, hey, it's better than nothing.

They also seem to mention a lot of the Muppets' school years and what they majored in College.

A few highlights from the book:

Crazy Harry got his detonator as a gift from his mother during his sixth birthday (Imagine Crazy Harry as a six year old. Trust me, you'll laugh)

Beautiful Day Monster attended law school, at the urging of his mother

Behemoth's family has an aluminum siding business. Also, just to clarify, his stage name is Behemoth, but his real name is Gene

Nigel the Director is now an air traffic controller

Rufus and Muppy hate being mistaken for each other

The Javas are from Brooklyn

BTW: Who misspelled Pepe's name? It does not have an "é" as the first "e" in his name. Somehow I feel whoever did that was only half paying attention to Spanish accentuation rules.

Would have liked Dolores, The Trumpet Girl to have been included for the sake of having Nigel, the Electric Mayhem, and the entire orchestra pit Muppets. But like I said earlier, maybe that'll be corrected/included in a 2nd Edition MCE.

The Count said:
BTW: Who misspelled Pepe's name? It does not have an "é" as the first "e" in his name. Somehow I feel whoever did that was only half paying attention to Spanish accentuation rules.
Click to expand...


Y'see, I'm not sure if that's the correct spelling or not. When Bill Barretta signs his name, he has the "é", but on the second:

But, according to this Muppetism, it's on the first "e": 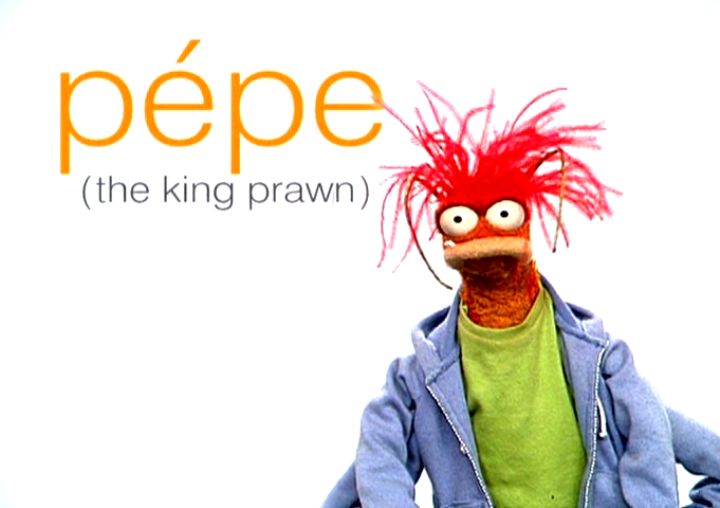 But, then again, on his book, it's not present: 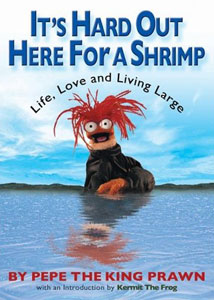 So, honestly....I'm not sure! I wouldn't sweat it, they misspelled Sal's name, too. They put "Monella" instead of "Minella".

Speaking of signatures, I think it would be nice if in the next edition of the Muppet Character encyclopedia, that they could include the Muppet's signatures. Now, this is just provided that a second edition is made, and if this version sells well. They could just include a little spot on each character's page for what their signature looks like. Or, depending on the character, the signature could be rather big (Thog's signature isn't gonna be the same size as Rizzo's).