It's finally here. Sesame Workshop and Shout Factory have released Sesame Street 50 Years and Counting, a two-disc DVD set packed full of over five and a half hours of the most loved and iconic moments from the show's 50 year history. 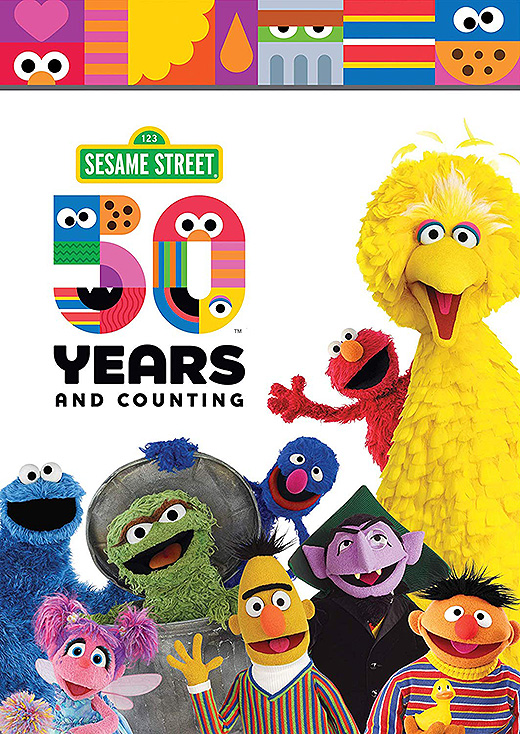 Read our comprehensive review of this highly anticipated release and let us know your thoughts.

If you order "Sesame Street 50 Years and Counting DVD Set" from Amazon using this link a small portion of your order will go to Muppet Central to help make future upgrades possible. It's a great way to help MC and get a great price on the DVD set with a low-price guarantee.

You can also order each individual disc digitally from iTunes and Google Play.

Are the street stories all the scenes or just ones most relevant to the plot?

Oscarfan said:
Are the street stories all the scenes or just ones most relevant to the plot?
Click to expand...

It's the scenes most related to the plot. For example, in "I'll Miss You Mr. Hooper" the opening street scene with Gordon and Forgetful Jones isn't included, but all the other street scenes from the episode are. Whereas every street scene from "Gordon and Snuffy Run the Marathon" is on the DVD set.

We'll update the review so that it has this info.

Phillip said:
It's the scenes most related to the plot. For example, in "I'll Miss You Mr. Hooper" the opening street scene with Gordon and Forgetful Jones isn't included, but all the other street scenes from the episode are. Whereas every street scene from "Gordon and Snuffy Run the Marathon" is on the DVD set.

We'll update the review so that it has this info.
Click to expand...

I entered a few giveaways online, so I'll be waiting a couple of weeks to see if/how I'll be getting this.

I should be getting it delivered sometime later on today. So i'll let you guys know what kinds of things are on it.

I'll probably wait til after I get paid this week to get my copy. I'm excited to see all the content included in this set.

I am surprised that Rubber Duckie didn’t get on the DVD. Though I do like we get Everyone Likes Ice Cream
M

I set the alarm clock for early this morning and set out to everywhere I can think of that would have it (and now I'm thinking of a few places I've overlooked), and I haven't been able to find a copy anywhere (including places like Target, which list it on their site).

Then I decided to download it from iTunes (so far I've only downloaded "Magic Moments").

After hoping and hoping to get a comprehensive review/listing within a week before the release, I had decided two days ago to wait until I've got the release to look at a contents list. Well actually, I skipped past several points to see what all's included (so I haven't watched it all yet), in addition to skimming through the wiki page and review to see some of the stuff included. I'll probably look at a full contents listing before I'm done watching.

After reading the review from last week, I am not really surprised that they have it broken into non-decade-relevant sections. Does the DVD chapter stops list all the segments or just the section titles?

I expected the outtakes with the performers to be outtakes featuring the Muppet characters, surprised it's just of the falling baker (and didn't think it would be an easter egg... it was kind of announced in a press release). As I've been skipping through, there have been moments when I thought "again???" while others I was really happy to see, like Number Three Ball Film with the original ending (I skipped to that point, then started wondering... then decided to wait until I heard the kids voice, and was excited when it sounded like the one from the powder ending), and that the Mumford and Don Music segments are ones that have not been released on home video (the Mumford one being one of my personal favorite Mumford segments).

MuppetSpot said:
I am surprised that Rubber Duckie didn’t get on the DVD.
Click to expand...

I suppose the song is pretty overplayed, but if the original version had been on the DVD it would've been a nice way to not only include a famous song, but to also give the fans something rare.
M

Clearly changes had been made after the initial announcements. Various articles and the trailers include Patti LeBelle singing "Gospel Alphabet", but it instead has "How I Miss My X" (upon seeing it listed, I skipped straight to that part to see if it was a mistake). As for other things mentioned in an early press release that didn't make the cut, the articles mentioned Kermit singing Bein' Green and Snuffy's debut (I wonder if maybe they misworded things and meant Snuffy meeting the whole cast).
You must log in or register to reply here.
Share:
Facebook Twitter Reddit Pinterest Tumblr WhatsApp Email Link
Top