Even as someone who’s not into Thomas (I never really saw the show), I can admit this “reboot” is an absolute train wreck (pun absolutely intended). And I have a few reasons why.
If there’s one positive thing I can say about this, it’s that it makes me want to watch the original show, just to find more things wrong with this abomination. I dread for September 13, when this… thing… makes its debut on Cartoon Network.
Last edited: Aug 24, 2021

Speaking as a veteran fan since pretty much childhood, the show had plenty of opportunities to end with a bang.

It could have ended after just airing as two seasons with Ringo Starr’s UK narrations as it was clearly initially planned, keeping the series specifically as a UK series and maybe just releasing all the episodes straight to video with changes in the dubs.

Alas, Shining Time brought the show to America (which I am grateful for, even if the episodes were shown out of production order), after its sister show TUGS unfortunately did poorly in the UK, which ended up boosting Thomas’ popularity, as well as its airings in Japan. Which leads to a good and (in my opinion) slightly bad part. The good part being FujiTV paid for a third season. But with that in mind, Shining Time needed a second season, which resulted in many rushed episode adaptions from previous story arcs by altering many of them a bit poorly, as well as stealing stories from Andrew Brenner without giving him any credit, simply to make more episodes for Shining Time Station because there weren’t many season 2 episodes left that Ringo didn’t already narrate (10 episodes total) in addition to one untouched season 1 episode, and the show needed fresh new Thomas material in addition to George Carlin’s re-narrations (some which sadly never got to air on the show), with said first half of season 3 released straight to video at the same time. While season 3 is enjoyable it did show some problems for me with age (as I previously described) but season 4 at least slightly made up for it, but just went back to the season 3 routine after the Stepney episodes. With that said, I think Thomas could have also just ended when Shining Time officially ended, giving the show a total of four good seasons.

Alas again, Season 5 came about to promote Thomas and the Magic railroad. While I’m fine with season 5, I do think this is where the show made a mistake by creating original stories because very often the episodes start to really break realism and physics of a railway life, and it just felt like it was trying too hard to be like its sister show TUGS (the intensity was fine but some scenarios it just didn’t work for me). But with that in mind, the series could have ended after Thomas and the Magic Railroad.

NOPE! Seasons 6 and 7 came about. While I do enjoy these seasons, it was by this point you could tell the writing was starting to become a bit sparse in season six and the stories were a little more cheesy and watered-down, not to mention it felt like these were just being made to make more videos for marketing sales. Season 7 especially showed what the future was going to become when HiT had a share of production in this season. But still, had HiT had no involvement, I think the show could have ended with seven seasons.

Unfortunately, that wasn’t the case with HiT. They took full control with season 8 and the show just became an absolute disaster as time went on.

Thomas had many chances to end a good show like TUGS….. but it just never happened.

Alas, even if the show had ended at any of those points, a reboot could still have been in the realm of plausibility, especially since HiT had plenty of other properties Mattel probably wanted.

I was too old for Thomas/Shining Time Station in 1989 when it first came out. But I can appreciate the models and sets, and Ringo Starr and George Carlin’s narrations.

It was a children’s show an adult could watch without puking. At the same time, I thought Barney was garbage with nothing to redeem it.
If you took all the qualities that made Sesame work, and do the opposite, you got Barney. Obnoxious, dumbed-down swill.

Back in George Carlin’s day, he occasionally spiced up his stand up act with a bit “”Percy tells Sir Topham Hat to go ++++ himself!”

Alas, Thomas just lost its identity over time as the years kept processing. There was a time when the CGI series came about and I DREADED it because it didn't felt like the same show that I once grew up with.
However overtime the CGI series (Seasons 17-21) started to grow on me.

Even to THIS day I miss the model series because it was something unique that stood out from every other show out there. How many shows you know have stop motion animation mixed with live action? It was a work of art that had soul and passion.

Now Thomas is basically modern day Dragon Ball that plays with our nostalgia for marketing.

That’s why I just jump ship after season 7 (and even then, seasons 6 and 7 aren’t really seasons I go out of my way to watch, usually more if I’m in the mood to enjoy the sophisticated early 2000s look the show had and bring back memories of late elementary and early middle school). A show can only go on for so long before it’s become painfully obvious it’s become nothing more than a dead horse being beaten on, and this reboot is clearly nothing more than an obvious cash grab for marketing. The only show that can really work with going on is Sesame Street, even if I jump ship after season 32, because the show keeps up with current events and knows what kids of many generations are into and enjoy.

@CoolGuy1013 if you’re honestly up for watching the model episodes I easily recommend the Britt Alcroft/Gullaine era (seasons 1-7), especially the first two seasons from the 80s decade. They have a nice old school 80s look to them.
Last edited: Aug 24, 2021

Some final thoughts: If anything, seeing this reboot at the very least makes me grateful I had many memories during my childhood of watching the video tapes, buying them from stores and renting them from video stores and libraries, getting tapes for Christmas, buying toys at stores, getting some for Christmas, going out to A Day Out with Thomas events, watching Shining Time Station, seeing Magic Railroad in theaters, reading books and buying them from stores, and playing some of the PC games. 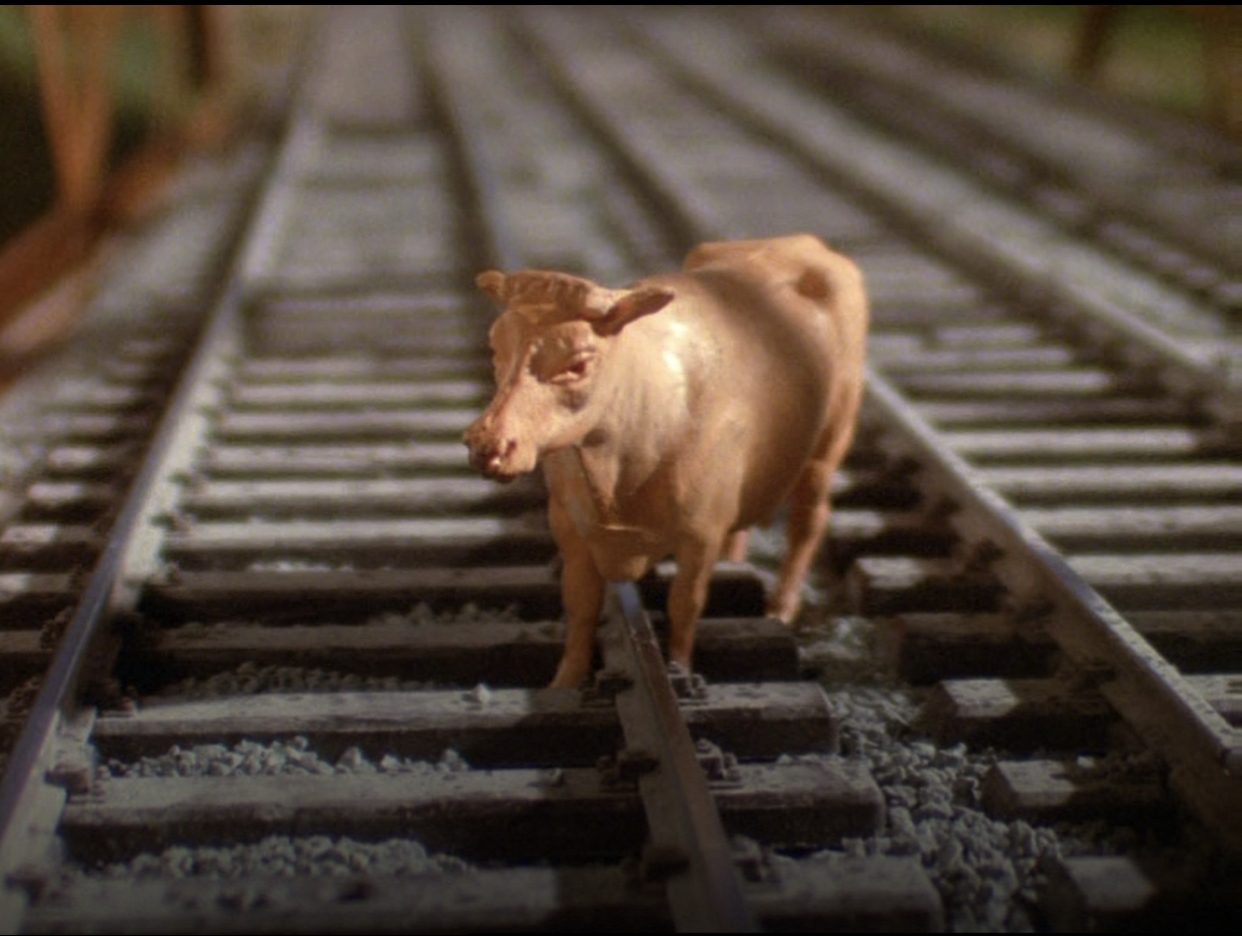 And some occasionally by this guy 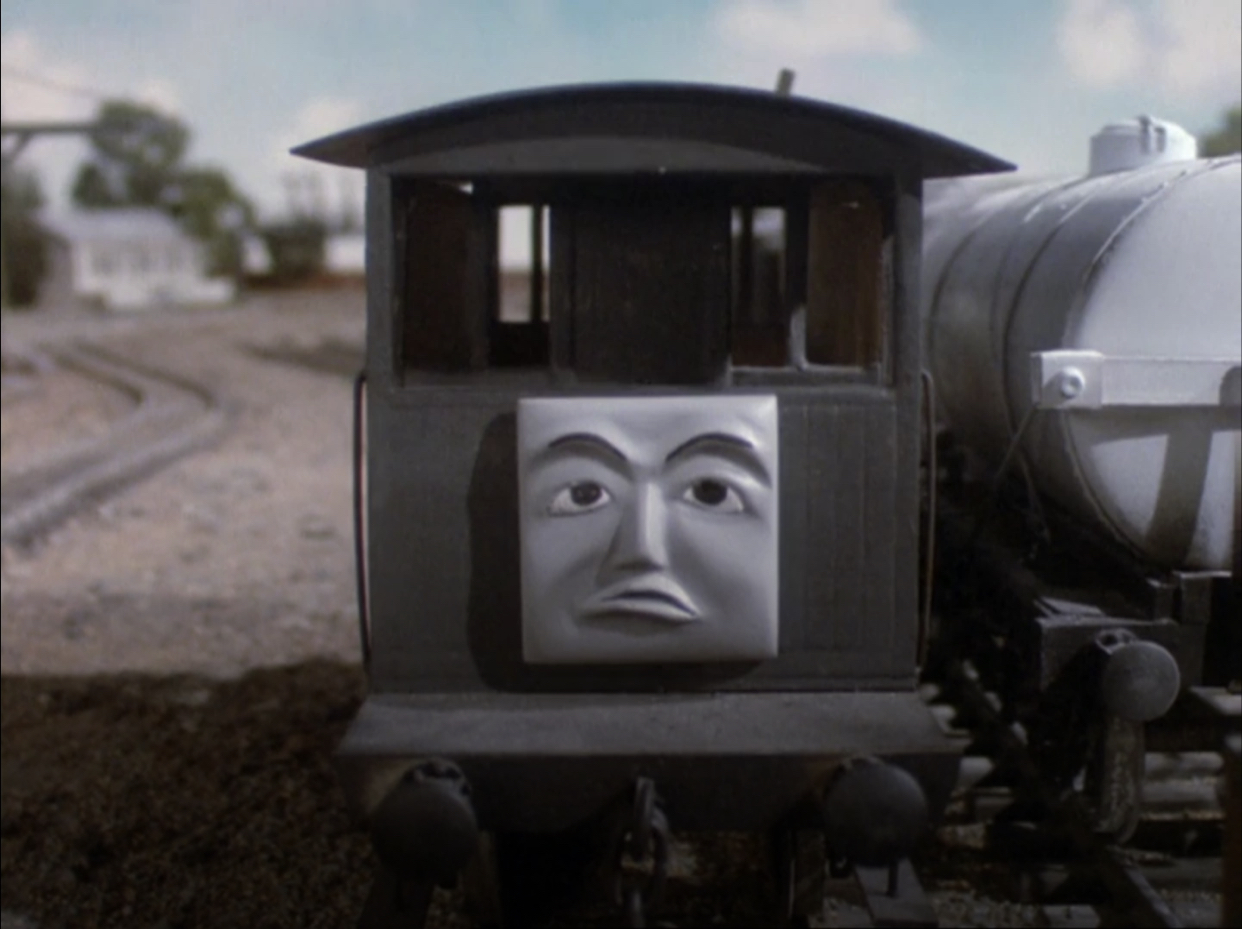 Oh, talk about shows jumping the shar. That all traces back to Happy Days. The first couple seasons they were firmly entrenched in the 50’s. Richie and his high school pals Ralph and Potsie and everything was fine.

Then they graduated high school, everyone went on a trip to California,and Fonzie did a stunt, jumping over a shark on water skis, and the term was born.
As the 70s became the 80s, the show staggered on for five more seasons before grinding to a halt.
Snowthy will know. Just like The Odd Couple before it, Happy Days was originally shot with one camera, no audience, canned laughs.
Then in Season 2 there were three cameras, live audience, and the sets got a total makeover. Over time, whenever Fonzie or Chachi came into the room, the audience went nuts. During the last season, it got ridiculous because whenever anyone came into the scene, the audience went apesh@t. So instead of having dialogue, the actors would have to stand around and wait for the audience to calm down.

Fun fact: towards the end of the show’s run, Erin Moran and Scott Baio had their own short-lived spinoff called Joannie Loves Chachi. Urban legend has it, the show was banned in Korea because Chachi means… that thing in your pants between your legs.

fuzzygobo said:
During the last season, it got ridiculous because whenever anyone came into the scene, the audience went apesh@t. So instead of having dialogue, the actors would have to stand around and wait for the audience to calm down.
Click to expand...

SANFORD AND SON was really bad about this too in its later seasons. Every time any of the major characters, Fred, Lamont, Esther, Grady, Bubba, anybody entered the scene, the audience would go crazy, and likewise, the performers would just stand there awkwardly for the audience to settle down before they resumed the scene. Can you imagine what'd be like if they didn't have an audience, and they just stood there silently for several seconds before they resume speaking?

Similarly, once Kramer became a breakout character, the audience would likewise go crazy whenever he entered Jerry's apartment - it got to the point that Jerry and Larry David both had to ask the audience to not do that because it was disrupting the rhythm and timing of their filming - and I know some live audience shows like I LOVE LUCY and THE MARY TYLER MOORE SHOW had instances where the audience laughed for so long that the final edit had to cut it down because they just kept going and going and they were running out of time (in Lucy's case, it was when she cracked all of those eggs in her blouse when dancing the Tango with Ricky; in Mary's case, it was when she was trying to give Ted CPR, to which he tells her to stop because he's getting excited).

It happened on The Odd Couple too, whenever there was a big star like Howard Costello. But Happy Days was off the rails.