Sadly that’s the entertainment industry for you. If you’re a creator and don’t kiss *** to everything they want to do with your material then you’re basically ****** for life.
D

Kind of like how CN is calling WE BARE BEARS one of their "originals" when it was adapted from a webcomic made by somebody else.

Under technicality they own all the assets.
D

Which only reminds me once again of what Walt Disney always warned other producers and creators: never sell what you create to somebody else.

Ironic, given that the company he left behind will own our souls before long.

I actually had a copy of this when I was a kid! I don't know whatever happened to it, but man, this brings back memories! 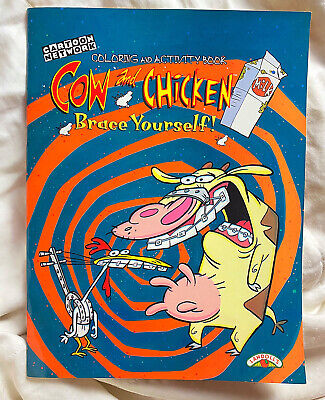 I mean, welcome to cheap ***holes finding every way to rob you out of your cash on eBay.
D

OMG, I thought I was gonna die laughing watching this!!

I must admit, another thing I loved about EEE was the fact that it actually kept track of its own continuity, and it showed, whether it was a little thing like Rolf giving Jonny the yo-yo that he previously gotten from Ed in a trade, or something big like the fact that Double D actually archived his inventions from previous episodes to learn from past mistakes. Such continuity is usually not very common in animated shows like that, so for EEE to do it almost felt like we as viewers were being rewarded for actually paying attention.

Some shows are extremely good with continuity, others not so much.
D

"Oh yeah! Didn't we win an Emmy for that episode?"
"Hardly."