Speaking of Digimon, I can make Greymon fight Pikachu now? Awesome! I've been adding some mods to Super Smash Bros. Brawl lately to make the game feel fresh and new again. I"m definitely going to get this one very soon;
They put Ghost Rider and a Ninja Turtle in there, too? I think Smash Bros. Brawl is becoming the console version of Mugen. I wonder if you can put any Muppet, Bob's Burgers, or HTF characters in there?

I found a little toy Bert in an old birdhouse we've had for years. I probably put it in there when I was little so I could call it a "Berthouse". Since I've always enjoyed random plays on words, I have no doubt that is how a little doll of the famous Muppet ended up in there, lol.

Oh my gosh, this is SOOOO funny! I can't stop laughing at this sketch. There are so many quotes I've said on numerous occasions that came from this one skit:
I laughed so hard I almost cried the first time I watched this.

Me and some other people were watching YouTube videos at the library. This one person kept showing me SuperMarioLogan videos and now I'm hooked on those. I absolutely love the Shrek character who likes cheesecake, lol. Additionally, I'm pretty sure I got him hooked on Robot Chicken. We both became members of a new fandom before the day was over.
D

Even though it's still a month or so till my birthday, I got an early birthday gift today: Seinfeld playing cards. Coolness.

My sweetie is starting seeds right now, and will cook dinner tonight as I'll be worn out after blud. I has teh BEST froggie.

I stumbled across a little shop that specializes in vintage candy, and for the first time in ages, got a box of Good & Fruity.

You can find Good & Plenty practically anywhere, but its counterpart disappeared a number of years ago. Hershey brings it back every now and then, but it doesn't stay on the shelves long. Low demand. It's a niche market for old farts like me.

For those that never had Good & Fruity, they're similar to Mike and Ike.
Red licorice centers covered with a fruity shell. Cherry, lemon, lime, orange and (to cater to modern tastes) blue raspberry.

Drtooth might've had his mojo for limited-run cereals, this is mine.

My dad and I binged a bunch of Robot Chickens earlier and one of them had the Watership Fraggle sketch in it. As soon as it came on he said,
"That is definitely right up your ally! Robot Chicken AND Fraggles? That's the best of the both worlds, am I right?" and I completely agreed with him. Btw, here is a list of my dad's favorite Robot Chicken skits just for the heck of it. His favorites are:
-Behind the Music:Electric Mayhem
-All of the Star Wars ones
-The Green Lantern ring skit
-Snoopy at the doctor
-Benny Hill's fake funeral (Benny Hill was the only show my dad wasn't allowed to watch when he was a kid. But as an adult, he finds it hilarious

).
-Beavis and Butt-Head meet the Teen Titans
-The Dukes of Hazzard skits
-All of the Battlestar Galactica ones
-Donkey Kong meets Halo
-The Joey Fatone one

My mom's favorites are:
-All of the Muppet/Sesame Street ones
-All of the Thundercats ones
-SpongeBob discovering the true secret formula (She sat through a lot of SpongeBob out of love when I was a kid, so she is definitely familiar with the show).
-The Schoolhouse Rock Homonyms one
-The Wacky Races parody featuring Dom DeLuise, Super Mario, Batman, The Dukes of Hazzard, CHIPS, the dog from Smokey and the Bandit, Speed Racer, and some extreme cartoon violence (No seriously! That is a real, legit Robot Chicken sketch. I know it sounds like a fan written sketch making fun of Robot Chicken but I'm not making that up whatsoever;look it up if you don't believe me,

)
-The Home Alone parody
-The Dark Cristal rap
-Bass with a Bass (Extremely short, random, and near pointless;but very memorable. Memorable enough for the titular bass character to appear TWICE!)

You can learn a lot about someone from their favorite Robot Chicken skits,

I've waited SO long for this. This game is every 90s kids' dream come true. I'm 18 which technically makes me a 2000s kid but I grew up with a lot of old school Nintendo and SEGA games so seeing this makes me feel as happy as Nutty from Happy Tree Friends if he walked into Willy Wonka's Chocolate Factory. I was so excited upon seeing this that I felt as happy as Giggles with a sugar rush.
BTW, am I the only who thinks Black Mage looks like Orko from He-Man? 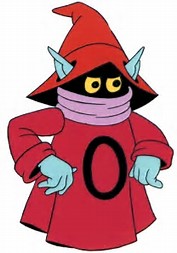