Out With the Old, In With the New! The New Year's Thread

That was the year my YouTube account got unfairly suspended..... for only 6 months at least. And when my address was leaked on the internet.
M

I was going to have a ham for New Year's Day, but it looks like that’s not going to happen.

Each and every year, I try to find a unique new wall calendar for the year . . . I think I really exceeded that expectation this year: 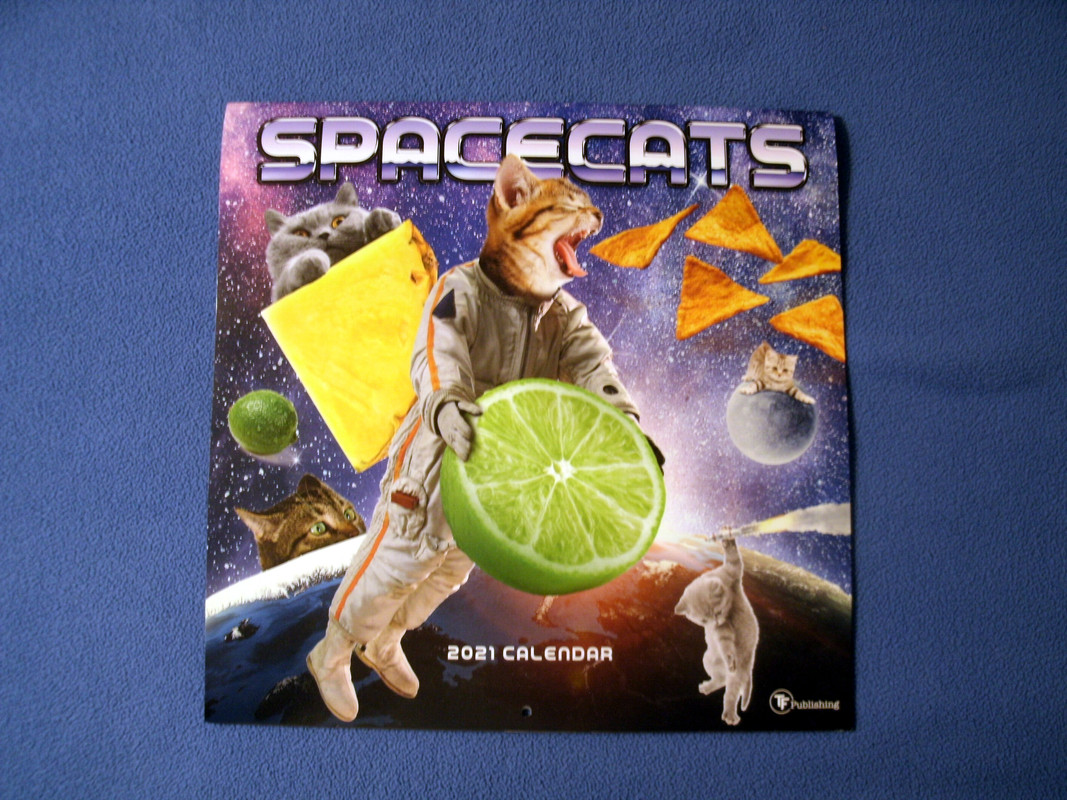 Then the George Floyd riots erupted. And the same officials rebuking you for stepping outside, had no problems with stores being looted and burned down.

come fall, lock schools and businesses down again. Except in California, where politicians can violate their own policies.

Some will blame Trump for not handling COVID well, but on a state level many governors botched it just as badly.

Then the George Floyd riots erupted. And the same officials rebuking you for stepping outside, had no problems with stores being looted and burned down.

come fall, lock schools and businesses down again. Except in California, where politicians can violate their own policies.

Some will blame Trump for not handling COVID well, but on a state level many governors botched it just as badly.
Click to expand...

While Trump wasn’t entirely at fault, he still played a big factor in this virus spreading by sending out false messages that the virus was a “hoax” and people believed him, spread messages not to wear masks to which people listened to, and even straight up said to drink bleach which will help cure it. And eventually he and many of his family members got covid. With that said, other politicians and governors have also been handling the virus very poorly.

Also, in regards to the George Floyd incident, it really makes me angry that not only did it take destroying the entire world for people to actually open up and now suddenly “care” about racism (yeah, looking at you, Aunt Jemima pancakes and the Washington Redskins), which basically says they were just more concerned about keeping their cities safe instead of actually addressing the racist history behind these things or even trying to “promote” anti racism, everyone completely forgot about social distancing and wearing masks and just decided “**** it, we’re destroying the city cause a black man died.” Which while I myself was angry Floyd lost his life over a fake 20 dollar bill, regardless if he may have had the cops come on him for giving it in the first place, destroying buildings and killing innocent people was not the answer. But alas, it had to come to that from people not listening.

I have to say, the new year has been off to a very, very interesting start for me - and in a mostly good way.

Admittedly, I kind of went into the new year feeling like I'd probably be dealing with those post-holiday blues like I do some years, but I'm happy to report that wasn't the case at all, I haven't felt the least bit blue this January . . . as a matter of fact, I'm a little surprised that this January seems like it's gone by pretty quickly.\

Also, I had two very interesting, and very different little "reunions" on Twitter this month as well from people I haven't heard from in years. The first of which was my best friend, who found me on Twitter quite by accident, and we pretty much spent an entire day DMing each other and catching each other up (I also learned the reason I hadn't heard from her in so long is because she endured a severe head injury that resulted in some brain damage to her frontal lobe for a long period of time). The other, as I mentioned in another thread, was a former friend of mine who decided to take a moment to tell me what a toxic, bitter, immature person I am (and apparently racist against Italians).