With Muppet Wiki having complete guides past season 20 (and I'm not really sure whether a few particular episodes are complete as aired in the states, but at least episode 2806 has a guide now), I've decided to look at the various Muppet Wiki sketch guides and determine how often Frank Oz performed in seasons 20 and beyond. I was going to do all of Frank's work from seasons 20-43, but after season 30 it seems a little tricky, even with a "return performances by Frank Oz" page. I was going to use that as my reference to how many he did per season, but it seems to just list all Letter of the Day and Muppet/kid moments together as one. It also says that Jacobson started performing Bert and Grover that season but doesn't really list any of Oz's performances that year, and I'm pretty sure Oz did perform his characters in all of the new sketches they appeared in.

Of course this is just going by the number of sketches he did each year. I don't know how many days he actually spent on the Sesame Street set, don't know how often he just did his characters voices (if that.... though the Wiki notes that Oz just dubbed Cookie's voice in a season 30 episode). There might be some things I'm overlooking, and as I was counting I might have miscounted or been off (there were times when I was wondering if I was remembering the current number right). Since he rarely did other characters besides Cookie Monster, Bert, and Grover that decade, I could primarily look at all the appropriate sketch guide pages for those characters. I have counted each individual installment of a multi-part sketch, and didn't really count variants of sketches. So I didn't count Monsterpiece Theater segments with re-shot Alistair Cookie scenes (they were probably all re-shot in season 23... and currently I only know that four segments had this treatment), or the celebrity version of Monster in the Mirror (which does have a new shot of Grover, not sure if that part was shot in season 21 or 22, and since Grover is silent there, it's possible somebody else performed him there), or both endings of "please take a number, sir!" I also can't remember if I counted AlphaQuest: S (nor can I remember if Grover talks there), I did count Adventure with En Vogue, even though I don't think Grover talks there (but I didn't count the "GO!" segment edited from this), and I counted Tito Puente's "El Timbalo" - even though Frank's characters don't get their own dialogue, they can all clearly be heard among the crowd.

But now, the numbers....
So it looks like at the end of the 1980s, Oz was doing around 16 segments a year (in An Evening with Jim Henson and Frank Oz, he pointed out that he hadn't done much Sesame Street in the past year, so this is more than I really expected - I can't wait until the season 18-19 guides are complete so I can see if there's significantly more, less, or around the same as season 20 (though the wiki probably notes the first appearances of all Oz's sketches in those seasons already). He seems to really pick up in season 24 and then more in season 25, doing around 20-30 segments a season from seasons 24-29 (except for season 26). I was a bit surprised by this, I would have thought he'd have done more in seasons 22-24 than 25-29. I had thought Frank did a bit more in season 22 to pick up the slack from the loss of Jim Henson, and also thought he did some solo Bert segments that year, it looks like he didn't do any solo Bert bits in season 22 (and the segments I thought came from this season came later). And I remember, either in a Toughpigs forum post or a Facebook post after the Toughpigs article on season 24, somebody thought that was the last year when Frank was heavily available (and it looks like it is the only time in the '90s that he performed other characters on Sesame Street beyond Cookie, Bert, and Grover), so I was surprised to see that he actually did do quite a bit in some of the seasons after.

And I just counted and noted the number of sketches per season, I might show my work later by listing all his segments from the seasons.

Keep in mind, the Season 30-beyond numbers are going to be lower by nature of there being fewer episodes allowing for new material.
M

Oscarfan said:
Keep in mind, the Season 30-beyond numbers are going to be lower by nature of there being fewer episodes allowing for new material.
Click to expand...

While we don't really know all the taping dates for every '90s Frank Oz segment, in Sesame Street Unpaved it said that he was doing three days a season at the time. I'm pretty sure that would drop in season 31 or so. And in talking about allowing his characters to be recast, he had said he allowed it because he knew he'd be gone for a year and didn't want those characters to not be around (well, that's what continuing to air old segments is for). I'm guessing that's either season 31 or 32 (when David Rudman took over as Cookie Monster). He wasn't there for season 26 but Jacobson didn't seem to take over until season 30. I wonder if maybe Oz was forgetting or just off on the "gone for a year" thing (like if he expected to be unable to do the show but then found time, or just forgetfulness on his part).
M

Then again, it seems like it was this period that the show started having more segments that didn't air on the American version but have aired elsewhere, such as in the international co-productions, Play with Me Sesame, and some segments only appeared on the domestic show via re-edited reruns of episodes but never in original broadcasts.

It's possible they over-compensated when they introduced Elmo's World (perhaps not realizing they've produced more than they could broadcast, with 15 minutes now dedicated to EW and a large decrease of episodes). I wonder this thing is what led to the creation of Play with Me Sesame, allowing the airing of segments they couldn't fit in the American broadcasts, in a season that really changed the format.

I wonder if Frank Oz performed in any segments that only aired internationally, though without the original English audio it'll be hard to really know.

minor muppetz said:
I wonder if Frank Oz performed in any segments that only aired internationally, though without the original English audio it'll be hard to really know.
Click to expand...

A majority of the time it was Eric Jacobson, the only one where it was Frank Oz was where Ernie was on the phone with Bert because he lost Rubber Duckie.

(Yes, I know that segment was in a summer rerun of the American show.)
M

MuppetSpot said:
A majority of the time it was Eric Jacobson, the only one where it was Frank Oz was where Ernie was on the phone with Bert because he lost Rubber Duckie.

(Yes, I know that segment was in a summer rerun of the American show.)
Click to expand...

And I didn't count that one because I wasn't really sure if it was Oz or Jacobson. I think Oz was still doing Bert most of the time, with Jacobson doing more non-speaking and minor speaking roles (like Grover in the Ding-Along episode). But that would add one for season 30.

I was just reading about episode 2696 on Muppet Wiki where Grover appears on the street. They apparently built a street story around the grapefruit on a bun sketch. Mr Johnson talks to him on the phone in scene 2 and is seen in scene 3 munching on a cheeseburger outside of Hooper's. I don't know if Frank is actually performing Grover or if his voice is just dubbed in or if he even talks at all in the episode. 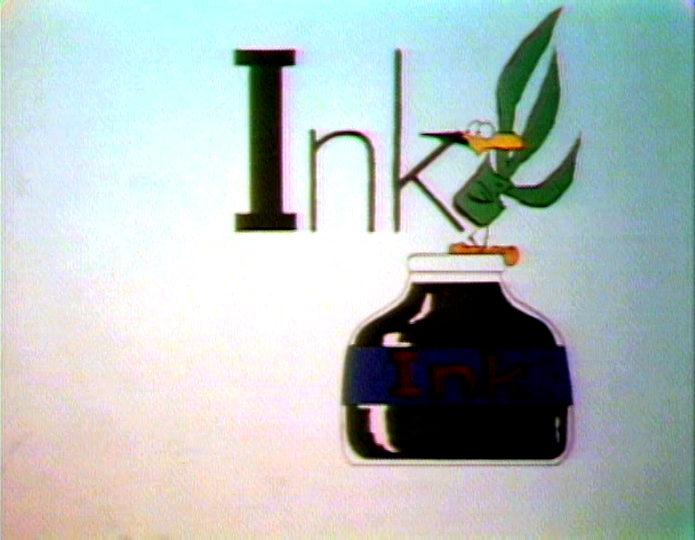 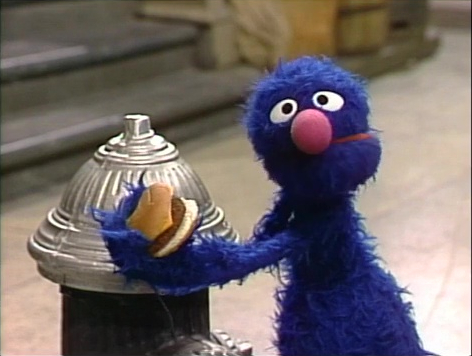 Cookie3001 said:
I don't know if Frank is actually performing Grover or if his voice is just dubbed in or if he even talks at all in the episode.
Click to expand...

He just makes some minor chewing noises, so no Frank.
M

I don't know why they would go through the trouble for Frank to do Grover for just a street scene making only chewing noises. Then again, Frank Oz did at least voice Cookie Monster for a couple of street scenes in a season 30 episode, but at least he gets some dialogue and more scenes.

I remember seeing that Mr. Johnson episode when I was a kid, and I don't know why I don't remember Grover showing up on the street. Back then, I had picked up on the fact that Frank Oz and Jim Henson's characters didn't appear on the street often, even if I didn't know they were puppets or who performed them. So this scene should have stood out for me, but didn't. Then again, my memory is also that the Waiter Grover segment appeared immediately after the first street scene with Johnson and the next street scene immediately followed, but the guide shows that a few segments were shown between the three scenes (in both the original and the season 23 repeat).
M

So he did a fairly good amount in seasons 33 and 34 before the performances dropped to the single digits for the rest of his time on the show. While I knew off-hand how many segments he did in his last few seasons, it is still interesting that in his last season he did twice as many segments than in the seasons before that. I know that around 2011 he said he was doing one day a year, but I wonder if he did an extra day in season 43.
You must log in or register to reply here.
Share:
Facebook Twitter Reddit Pinterest Tumblr WhatsApp Email Link
Top