Did another version of this but this time it's black and white. In my opinion this is better than the one I made before.

Now here's yet another version of the Courage credits; only this time it's in the color-inverse edit in the a similar style with the Ed Edd n Eddy credits!

Again, did the best I could: 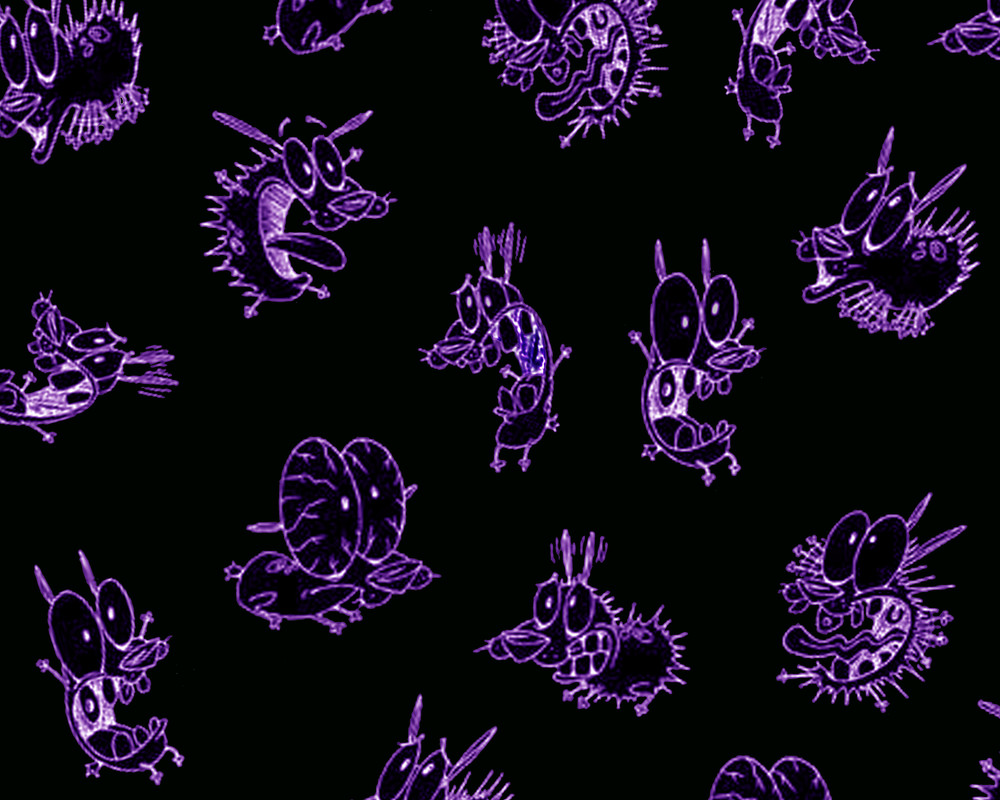 Today is the 22nd anniversary of Courage and John Dilworth made this video:

I'm watching the Nov 12 premiere of the show as we speak.
D

I watched the video earlier today; I was amazed by how much Lionel Wilson actually looks like Eustace.

Right? God bless his soul and many others who've passed on from Courage.
D

Even though I still think "Ball of Revenge" is an amazing episode, the more I think about it, in hindsight, it feels more like a fanfic than an episode, if only because it seems very much like the kind of fic a fan would write: bringing many of the show's villains together against Courage in a single battle? Not to mention other little surprises, like the Duck Brothers making a cameo? Not to mention Eustace's nastiness seemed to really be cranked up beyond 11 in that he went this far to see that Courage was killed, and didn't even care if Muriel was used as bait to lure him to his demise, despite previous episodes showing that, deep down, he did actually care about Muriel and her safety.

Dude same! I LOATHED Eustace in that episode and it was satisfying to see him get hit with a rolling pin by Muriel at the end.