Yeah... we're probably not getting 4 Seasons

Yeah... uh... what more can I say other than Disney's politicking with Marvel SUCKS and no one's getting anything good from it anyway. Really brilliant of them to do this. Movie coming up and all, and the promotions have hit a dead crawl. I'm really not liking Disney's ownership at the moment...

What else is new? Disney seems to screw up everything when it comes to something this common. I really hope that the Muppets stay with Kaboom other then Marvel. But i've wrote on Disney Comics twitter page hoping they consider not going away with The Muppet Show comics or any other muppet titles.
D

Marvel can NOT make a Muppet comic book line as profitable and long running as Boom did. I think they have enough popular characters to market in their own company... market or kill off because they became stale, and then bring back for no reason. Even the Pixar line will be doomed under Marvel (and again, if it's just yearly reprint magazines, that's pathetic).

Now I don't even care if we get a new series in the future, I want to see Langridge's glorious ride into the sunset. It's 4 lousy issues, and Disney shouldn't begrudge them for that. Let them publish those and you can get Marvel to do whatever they want then.

I just unearthed my iPhone which I took pictures with at SDCC 2010. I got sketches From Roger and Amy... 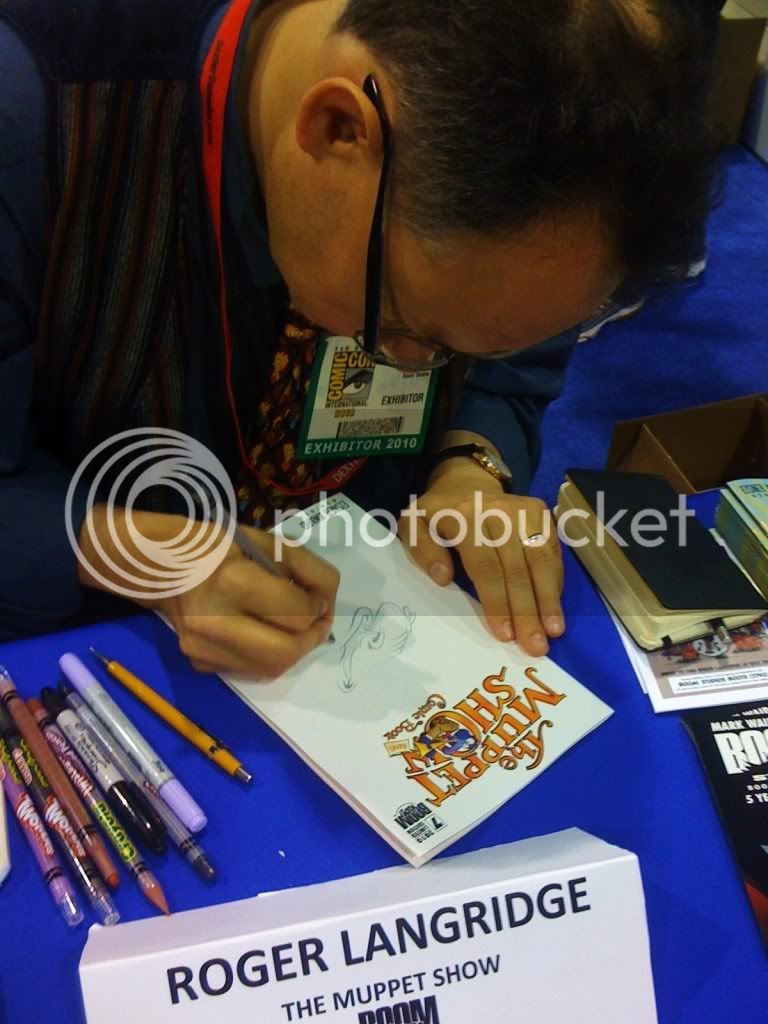 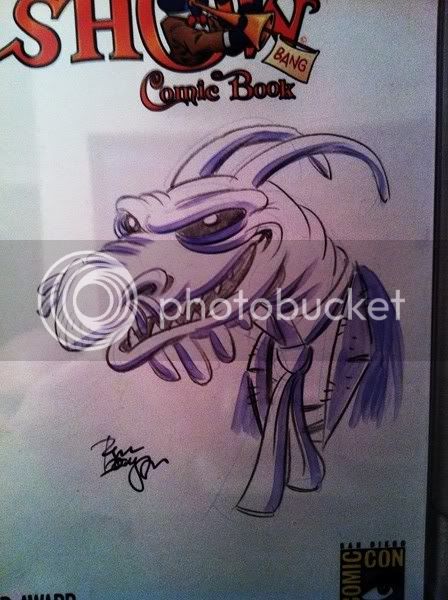 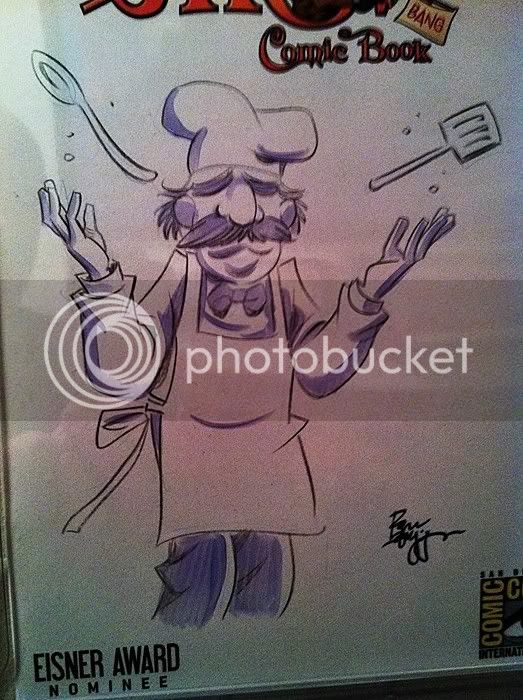 And Amy drew Sweetums also for my wife: 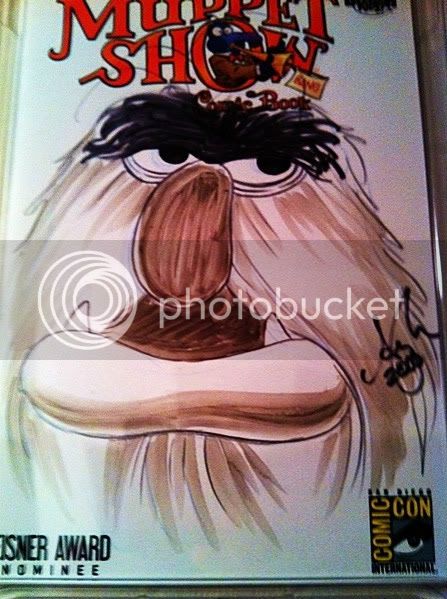 (note, the Sketch Comics are in hanging frames when I took the shots of them, so there are quite a bit of relections which make them look here less than perfect. Trust me, they are beautiful!)

The Muppet Show Comic returns in July as Marvel publishes Four Seasons as a 4 issue miniseries.

MUPPETS #1 (OF 4)
The four-part Muppet Show story “The Four Seasons” – for the first time in print!
Written by ROGER LANGRIDGE
Art by ROGER LANGRIDGE
Kermit and the gang put on a show to celebrate spring’s arrival at the Muppet Theatre!
A special guest – Meredith the Mountain Gorilla – arrives to perform on the Muppet Show,
and her many admirers compete for her affections.
Click to expand...

Fantastic news! Thanks for sharing!
M

I just read the news, but didn't realise until I saw this thread that it was going to be released as four issues.

I am a little surprised On the Road didn't reprinted first, since it continues from the previous story which was reprinted last. But I'm not complaining (and who's to say that WON'T get reprinted soon while The Four Seasons gets released as four issues?).

Also saw that part 1 is about spring. I thought the winter-themed issue came first. So either it's wrong or they rearranged the issues (and if it comes out in july it'll be summer... wouldn't it make more sense to make the summer one come first, if they're rearranging the release order?).

Yay! I had only relatively recently realized these comics exist, so I'll have hardly had to wait for this final set to come out. I really hope it's true, and 4 seasons will be release this summer, because man, I sure love these comics!
You must log in or register to reply here.
Share:
Facebook Twitter Reddit Pinterest Tumblr WhatsApp Email Link
Top