I will tomorrow (it's not full HD, but hey, it's better than nothing).

As for my thoughts on seeing it live:

-The whole thing was incredible. It's amazing watching these people work, rolling around on their small scooter-squares throughout the whole show. And I saw Muppet cows have a big rod for their hydes.

-Ryan Dillon KILLED it. His vocals were perfect.

-The Oscar puppet didn't look right even from way up in the balcony where I was sitting and seeing the video up close, yeeks.

-Christopher Hayes made a fine Hoots; he seemed a little nervous, which affected his performance a bit. I'm sure he'll be much better in the special.

-All the songs I kind of expected to hear, but "It's a Circle" threw me for a loop (no pun intended).

-Grover was the funniest character in the show.

Thank you for the video.

Oscarfan said:
-All the songs I kind of expected to hear, but "It's a Circle" threw me for a loop (no pun intended).
Click to expand...

Yes, when I read the playbill before the show yesterday this early 2000's song was quite a surprise. There were many others that probably would've worked better. The performance was great, it just isn't one of Sesame's top "50 year" songs. There are numerous Ernie and Bert numbers that would've been a better choice.

I've got to say, Peter Linz did a fantastic job as Ernie. He covered three Jim Henson songs ("Rubber Duckie", "I Don't Want to Live on the Moon" and "Put Down the Duckie") and one Steve Whitmire song ("It's a Circle"). All were great. You know a performer has become a character when you no longer critique the performance and just enjoy it as the character (Ernie in this case).

As far as the rest of the show, here are some of my thoughts.

I was most surprised that "I Love Trash" wasn't featured. It would've been a great jazz arrangement.

"Mahna Mahna" after the intermission was an unexpected treat as it wasn't in the playbill. How great would it have been to have the Sesame Street Muppets sing this song again. The last time they covered it was back on "Play With Me Sesame". That was a missed opportunity.

"Pinball Number Count" seemed a little off. It's likely due to the Count and the cows both singing at the same time. It would've been nice if they alternated lines. Have the Count count solo and the cows sing backup. The vocals needed more room to breath.

I loved Grover roaming throughout the theater and up the balcony stairs. It was a subtle throwback to "Climbing Nine Stairs" from the "Numbers" album.

It was fantastic to see all the performers in full view on-stage during "Sing". This was very reminiscent of "The Mupet Show: Sex and Violence" closing credits.

An encore of "What the Name of that Song?" might have been a nice touch. Or even if an encore wasn't doable, have the band play the fan favorite "Funky Chimes" funding credit music after the characters leave the stage. That would've been incredible.

David Rudman, Marty Robinson and Stephanie D'Abruzzo were all missed.

These minor quibbles aside, the show was fantastic and it was a real treat to hear all these beloved Sesame Street tunes covered. I liked that the event was two weeks before the big anniversary and not in February. It's a really nice build-up to the 50th anniversary. This great event deserves a CD release featuring the best of the three performances.

All of these songs will be on Muppet Central Radio in the near future.

I heard David wasn't available for these, and I don't know about the others.

I finally saw the Oscar The Grouch. Oscar looks so off-putting, it almost looks a bad fan made replica.

It reminds me of one of the Sesame Place stage show puppets of him: 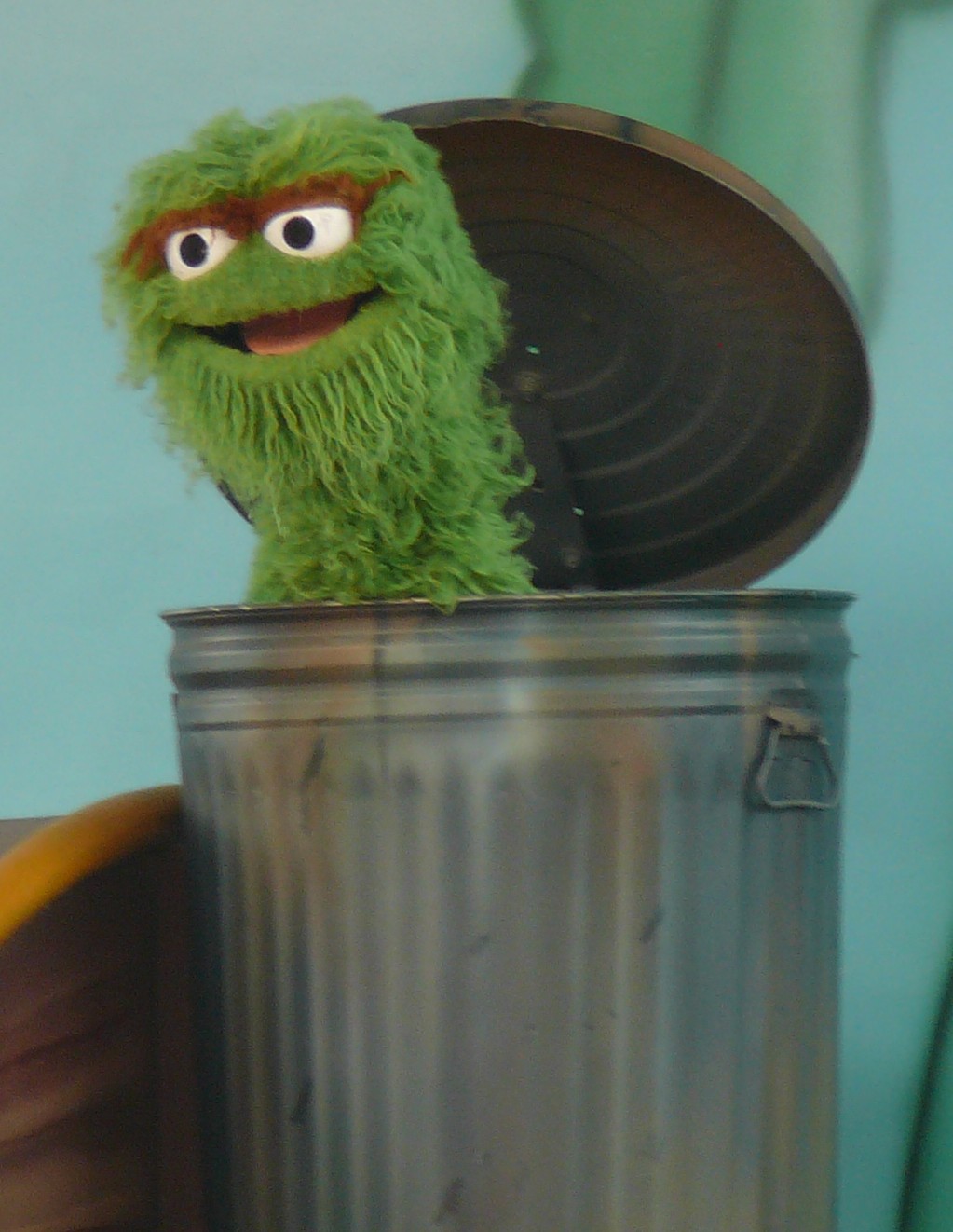 I was just looking at the walk-around characters on Muppet Wiki and that's exactly what I thought of as well, heck, Ernie appearing nude in public even reminded me of him being in the bathtub in the Ice Follies.
S

"I'm not really a doctor, but I am a hypochondriac." Great line.