Muppeteer and director Frank Oz and Brian Jay Jones, author of Jim Henson: The Biography are scheduled to appear on The Today Show Tuesday October 15. The Today Show airs weekday mornings on NBC.

Watch the show and let us know your thoughts on the appearance. 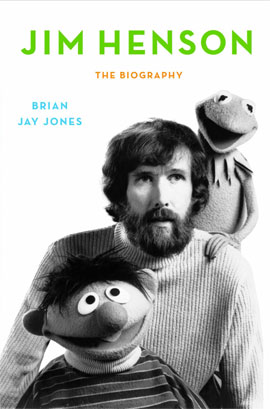 I'm glad I caught that. I was a little worried because I haven't gotten my VCR set up and I have too many errands to run to sit through the whole thing today, but I caught the time. They said this should start at 8:45, so I'll keep my eyes open.

Was that it? They did talk about the Muppets and they showed Frank in interview clips. I don't know who Brian is, so I can't say too much there and I can't keep watching because I need to go out and run some errands, but keep me informed as to whether or not I missed anything else.

Now on-line, watch the wonderful tribute to Jim Henson with Frank Oz and author Brian Jay Jones from The Today Show. Let us know your thoughts.

If my international friends need a transcript let me know in a private message, and I will work on it latter today.

That was very nice.

it was, so many people had respect for Jim and his work. I'm just glad that his work is able to still live on.

It was great to see Frank Oz talk about Jim Henson and the characters they performed. I was also glad that Brian Jones got to express his thoughts about the book as well. Archival footage of Sam and Friends and the Henson Workshop shots were lovely. The clip montages of classic moments and the memorial service were very nicely done.

This segment was much too short. I know it wasn't the fault of Jones or Oz, but good grief! The life and work of Jim Henson is much too important to be shoehorned into five minutes at the end of the show. Couldn't they have at least postponed the bread pudding bit for another day or the motorized baby swing (which the baby didn't even like)? I'm sure that Jones or Oz had said more that didn't get to air. Even three extra minutes would have made a big difference. Five minutes worked on the Daily Show appearance since there was only one person to interview. I was hoping Today would treat the biography like the way they did with "The Works" when it came out. Jane Henson, Brian Henson and Frank Oz were all interviewed for that one.

Again, I'm very glad that I had a chance to see this segment and whoever put it together with the archival clips and still images did a really good job. (Have we even seen that clip before where Jim and Jane introduce Sam and Kermit?)

But this could have been so much more...

And once again, Frank Oz, just like the rest of the Muppeteers, performs characters, not voices. For some reason, some people think that Muppets are cartoons. (Yes, there's Muppet Babies, but you know what I mean).

That's only accurate with the CGI version of Yoda. I know I'm preaching to the choir here, but whenever fans or Muppeteers hear that, our reaction is universal: 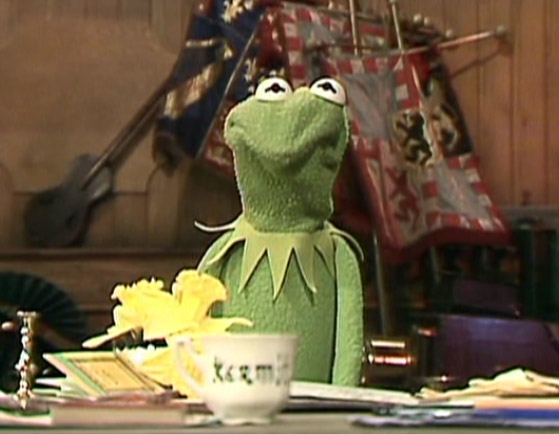 So...for what it was, I'll give Jones, Oz and the folks who put the clips and still images together a big thumbs up. I just hope that the next scheduled appearance promoting the book is treated with more time and respect by the network and/or show.

Jim Henson's more important than a bread pudding recipe. Had another chef been doing the cooking, I would've let it slide.

I know what you mean. I had hoped that the anchors would have had more of a conversation with those guys. It seems like the interviews shown were from past clips, but feel free to correct me if I'm wrong on that.

At first, I thought Frank and Brian Jay were going to be live in the studio with the Today anchors. (I was wrong.) But I thought they did a pretty good job with it overall. The only complaint I have is that I wish they had devoted more time to Frank Oz's interview. He could have gone on for the entire three-hour morning slot of the Today show (before Hoda & Kathy's slot) about Jim Henson's life, legacy, and creations.
A