All these big pop culture lists are essentially that. I'm kind of sick of them. I watched the Paley Center Funniest in Animation special, and while I know the voting was up to viewers, it really felt like the age of the main voting group is why the list ended up the way it did. They were mainly animation for adults and a bunch of legacy characters that seemed to be there just for animator street cred. These sort of things are tainted by nostalgia and those who grew out of cartoons at a young age, only to care about adult stuff when it's popular. For those who saw it, Rick and Morty are much funnier than Stewie Griffin, even when the show was good. However, I'm not going to pretend to care if it's some master list. Otherwise I'd be complaining that Darkwing Duck wasn't on there.

Seems Howdy Doody is in that list because if it wasn't it would be a bunch of hipster youngsters listing shows they watched as a child.

No mention of Gerry Anderson's shows like Thunderbirds or Terrahawks either? If this writer were British, they would have been included.
D

That's why I feel these kinds of list based articles are just clumsily constructed click-bait. There's no research and they just pull whatever TV shows they personally have seen out of their butts and add one legacy title because they feel they have to.
I 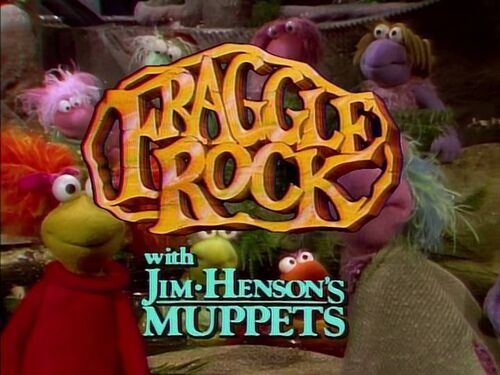 In any case, the article - which is titled Puppet Shows That are Not "The Muppets", note the quote marks - is in fact talking about "The Muppets", the current ABC series which features The Muppets. Which "Fraggle Rock" is certainly not part of.

Are you confused yet?

Another favorite of mine didn't make the list.
Gigglesnort Hotel.

When I wasn't watching Muppets, loved the puppets of Gigglesnort!!
Weird, The LJK, Dirty Dragon, Blob, and BJ.
Always lots of fun!!

Anything with Shari Lewis and Lamb Chop.
Dusty's Treehouse
Wimzie's House (for all its copyright infringement, I thought it was decent)
Puzzle Place (no Muppets, but gave a bunch of Muppeteers steady work for two seasons)
Between the Lions (how can they miss a show that racked up a crap load of Emmy's?)

even Waylon Flowers and Madame deserve at least a nod.
Click to expand...

Between the Lions seems to be an underrated series. It's not as well known as it should be. While it was headed up by former Sesame Street staff members, I don't think that was enough to give it the same mainstream recognition as most PBS shows. Especially ones that aren't really that good. Sure, it had that weak season after WGBH let it go where they had to reuse old stories and the subject matter was dumbed down a bit, but it bounced back a season later. I don't see why it didn't get the buzz that cheaper, lousier shows got (cough cough Super Why). It felt like a nice supplementary show to Sesame Street.

Also, not surprised it didn't make any mention anywhere, but I'm always going on about the lost Fox Kids puppet series "The Mr. Potatohead Show." A series that was a huge middle finger to kids' television production, all while managing to be a wacky, off the wall series by the same head writer that made Earthworm Jim a memorable cartoon series. One of the production crew even got desperate enough to release a couple episodes to Youtube. That's how obscure the series is. And it's a Hasbro brand. Usually, what lies in the rear view mirror for them, completely forgotten, is forgettable (like Maxie's World which did get a DVD release it didn't deserve). But because it was on Fox Kids and wasn't Power Rangers or a like series, it got lost in the shuffle and dropped like a hot... pota...I'm not going to finish that. It was canned the second the episodes ran out.

While I wouldn't say that OOBI was "great," it was a unique show that featured a lesser-known, but creative and imaginative (albeit simple) form of puppetry. Heck, I remember when OOBI was merely a series of intersentials that aired during breaks on Noggin before it became a full-fledged series, when he had lower production values and the characters weren't as distinguishable (Kako didn't have his beanie, Uma didn't have her barrette).

THE LETTER PEOPLE could probably be another contender, it seems to have a cult following on YT. Funny thing is even though we had the Letter People in my kindergarten class, I don't remember ever watching the TV show: I think I may have seen it at a glance while home sick from school one day, but that's it.
D

The Letter People is pretty underrated because of the huge shadow cast on it by a certain happiest street in the world. It's highly influenced by Sesame Street, borderline trying to cash in of the popularity. Seems like the show didn't really find a good voice for itself until like about 1/4 of the series. Early skits seemed very preschool with some very soft attempts at humor. Then it comes into its own with some more sharp gags, especially when Monty Swell comes in. I really think it's an underrated classic, yet it feels like... how do I explain this... when I was younger and PBS's kid's line up wasn't so huge they had that many shows they have today, in the middle of the day when kids were at school, they had all these cheap Canadian shows filling up time. That's what TLP comes off as for me. Not really as big as the heavy hitting shows like Sesame Street, Mr. Rogers, or later Reading Rainbow.

Another one they missed was Hot Fudge.

If you'll pardon the old geezer for a moment, you little anklebiters don't know what a big deal it was when cable was brand-new. Just about all of you grew up with it since birth, so you have no idea what it was like before. To go from seven channels to THIRTY!

Yes, some of you, wrap your brain around that, if you can.

We kept our New York stations, but now we also got Philly, and some stations as far west as Chicago. So thanks to cable, we could enjoy local shows we never even knew existed (we got Hot Fudge, Gigglesnort Hotel, and other markets got a glimpse of the Magic Garden and Time For Joya).

Hot Fudge drew a fine line between being influenced by Sesame Street without trying to copy them. Live actors and puppets intermingled (including a monster named Seymour). A few of their ideas coalesced better with The Great Space Coaster, but Hot Fudge was still leagues better than... Peppermint Park.

The only non Henson related puppet show that i've ever truly enjoyed was Between the Lions. Loved it when I was little,still love it now. Though that's most likely due to it's similarities to Sesame Street.
You must log in or register to reply here.
Share:
Facebook Twitter Reddit Pinterest Tumblr WhatsApp Email Link
Top