Oscarfan said:
HBO's ran 49/50 minutes ish, so this just threw in about 4 or so minutes more (plus those ad spots. I was watching the PBS Kids live stream, so I don't know what my normal PBS did). HBO's schedule is a little more loose than other channels - while certain programs do start on the hour/half-hour, very often they just start kind of whenever because movies (their main programming) aren't exactly a certain length.
Click to expand...

Okay. I was thinking that because a lot movie channels do that. I remember watching The Muppets Take Manhattan uncut sans commercials one time on Thanksgiving so that was most likely played at its full length rather than in a two-hour block or whatever like they did when they aired that show back on the now nonexistent Family channel back when I was in college.

Oscarfan said:
You can watch it for free here until next Sunday: 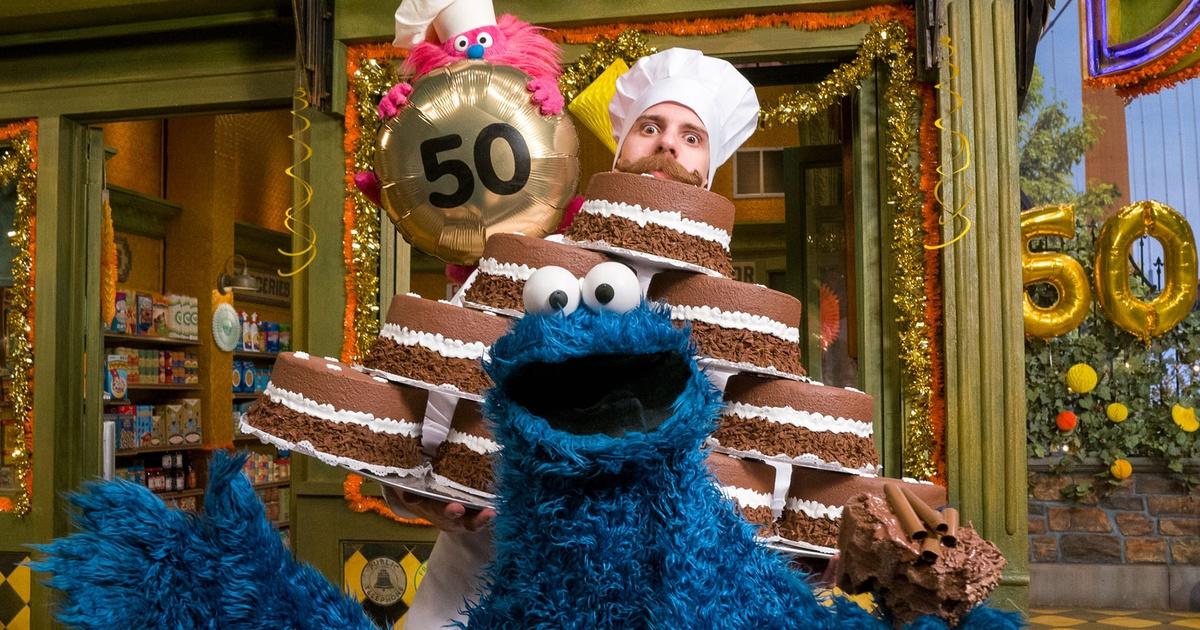 It’s an event 50 years in the making as Sesame Street celebrates its 50th Anniversary.

I kind of wish I had known that before. I sort of had to rush home to see the show since I don't have a means of taping it. If I knew I could have seen it online, I may not have needed to hurry. Oh, well. I may glance at that again. I want to see the end credits. Probably a "Kermit the Frog used with permission from Henson/Disney" disclaimer there.

I saw the special today. It was so awesome. The best anniversary specials since the 20th.

there were a few times where I was able to predict what the host was about to say/do (and I don’t think I saw people mention those beforehand). When he’s in the “Snuffy so revealed” clip, I quickly figured he’d say he believed Big Bird. When they showed the Count and Cookie Monster introducing themselves (which I didn’t know was included), I figured Joseph would do the same kind of thing (and accurately predicted why he’s called that). When he finds out about the street sign being missing, I knew he’d react by saying “Sesame Street is more than a Street”.

I wonder if “I Remember” will air on the show now or be considered part of this special. As a full segment, it is a bit out of place, as the street is decorated differently. I also feel that Megan trainer segment would make a good segment on the show itself (maybe replace the anniversary specials-specific footage).

I mistakenly thought only two celebrities were part of this specials rendition of Put Down the Duckie (but it makes sense to include many as many were there). I kind of wish they’d have let Kermit sing a verse, to have a more gimmicky guest like Pee-wee Herman, The Simpson’s, or Lamb Chop.

I knew that there wouldn’t be many clips (I guess “I Remember” is a full clip included), but there’s a few times when I felt they should have used clips, based on the hosts introductions. He mentions meeting a lot of friends, which would have been a great way to introduce a montage of clips with everybody. I can’t decide if talking about the songs would have been better to introduce a montage of song clips as opposed to a medley (it is a good medley, though). And I noticed that three of the clips he’s inserted into are clips that have actually never been included in any past special (though I feel they are some of the shows all-time classic moments).

Daffyfan4ever said:
I want to see the end credits. Probably a "Kermit the Frog used with permission from Henson/Disney" disclaimer there.

I wasn’t sure if I wanted to bring this up, and maybe it deserves its own thread, but lately, it seems like Sesame Workshop is no longer acknowledging Kermit as a trademark of the Muppets Studio (though that company does sometimes get a copyrighted credit without saying why). The recent Awesome Alphabet Collection and 50 Years and counting DVDs don’t have it either. In fact no “Kermit the Frog trademark of Muppets Studio” appears in the 2013 DVD Fairy Tale Fun (though one bonus feature on there is the home video edit of CinderElmo, which does contain it). Don’t know what’s going on.

Just watched the special due to my class being delayed due to the snow. Wow! I loved the special! It made me definitely emotional. I loved seeing some many characters! It was great to see Hoots and Mumford back! I loved seeing Gonger and Cookie Monster saying hi to Kermit. This is probably my favorite anniversary special Sesame has done. It was very well done! I want to see more of these older characters to have cameos in future episodes. I hope Hoots and Mumford are added back as main characters like how we see Herry and Two Headed Monster a lot more. I would love it if Lefty gets a daily sketch introducing the number or the letter of the day.

I had found the voices for Kermit and Big Bird in certain parts of the program to had been too low and incongruent (I had still liked and enjoyed most of the program itself, though).

(note: I had believed the voices were made specifically for this program).
M

have those monsters who overreact to what Telly worries about appeared before? I’m getting a vibe that they were part of a gang or club led by Telly.
A

D'Snowth said:
Sherlock Hemlock was way off, though.
Click to expand...

Sherlock was basically Jerry's natural voice with an English accent, so it's understandable why Matt found it hard to duplicate. I thought he did fine though.

LittleJerry92 said:
My main complaint with this special was Ryan Dillon as Don Music.

pretty terrible if you ask me

What was it about Ryan's Don that you weren't crazy about? Too British sounding or too-much bravado in his voice? Ryan has said Don Music is one of his favorite characters, so when he got the part, I'm sure he looked at any sketch he could get his hands on.

Maybe it's because they're on the obscure side, but I didn't notice anything about Don or Sherlock worth nitpicking over. Mumford on the other hand was abominable.
S

One of the subtler jokes that I really enjoyed: Listen closely to Super Grover's fanfare when Rosita asks her question.