Elmo and Grover help Floatie the Cloud try to find a job on Sesame Street. But Chris helps Floatie realize that she already has a very important job: being a cloud in the sky, bringing rain to help plants and flowers grow and giving shade to keep everyone cool on hot sunny days. (Guest: Ellie Goulding). 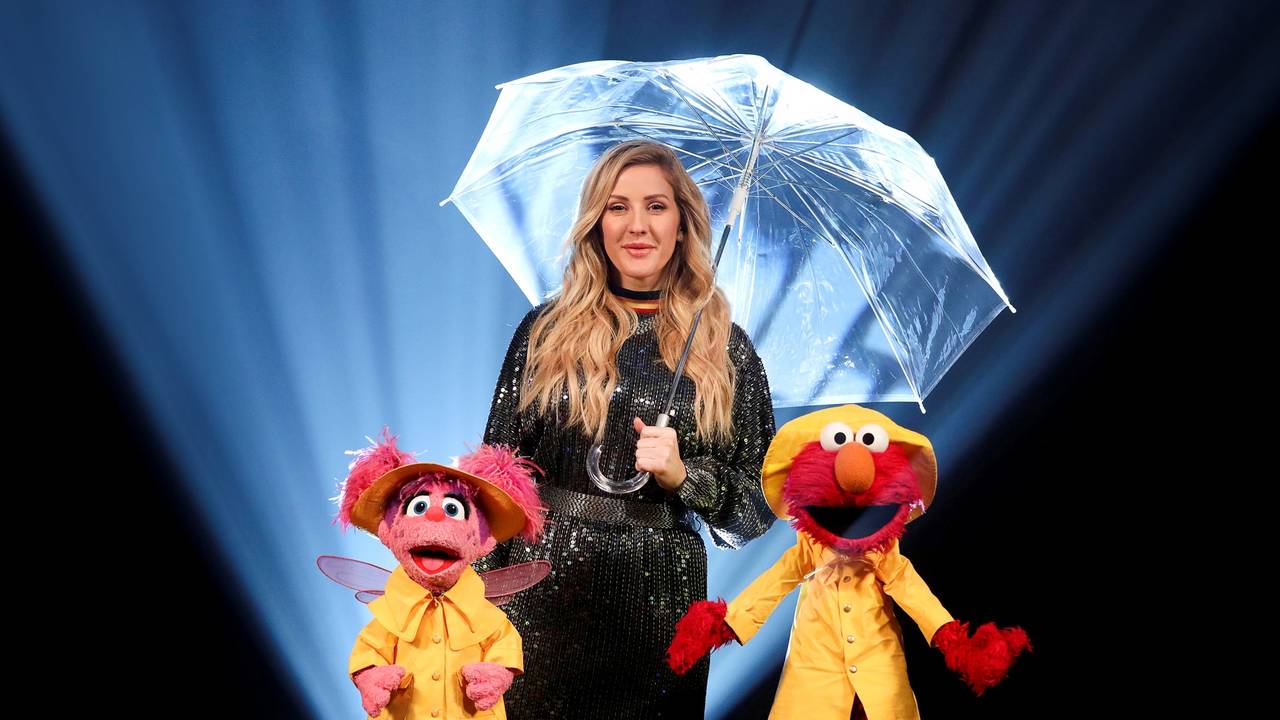 Um, am I imagining things, but weren't we supposed to get an episode involving Julia and a stop sign this week? Could have sworn I saw a promo for that.

But anyway, hey! Dig Marty Robinson's cameo in Hooper's Store, and Mr. Johnson's appearance. If it's so hot outside, why would Mr. Johnson sit outside out in the hot sun to eat? Why not eat inside? Oh yea, because it's Mr. Johnson.

Funny moment when Grover runs in, "Did I hear somebody say--WAAUUGGHH!" "No, Elmo didn't say, 'WAAUUGGHH!'" "Me neither."

The pacing of this episode was too quick and rapid - they were trying too hard to squeeze as much content as they could into the story.

I do believe that was Frankie Cordero as the sheep employment agent, would I be correct?

I still prefer Smart Cookies to Monster Foodies, but it's unfortunate that they have to edit it down for time.

I even kind of liked the Indian culture NOTD animation.
A

Marty's cameo in Hooper's Store was fun. It's cool that Mr. Johnson was referred to by name for the second time in history. Frankie and Peter's performances as the sheep and AM looking for jobs were fun. Ellie Goulding's song was pleasant. I liked Elmo singing the Sesame theme at the beginning of the new EW. Ernie and Bert's bookends were funny.

D'Snowth said:
Um, am I imagining things, but weren't we supposed to get an episode involving Julia and a stop sign this week? Could have sworn I saw a promo for that.
Click to expand...

That episode already aired on Monday and it was simulcast on both HBO and PBS for Autism Awareness Day:

You can still watch it on PBS Kids' website.

Oops, can't find it anymore. Looks like they've gotten rid of it since yesterday. Sorry

Hmm, it's fine. Don't know why they removed it.

Froggy Fool said:
Hmm, it's fine. Don't know why they removed it.

Probably HBO restrictions, and all that.