Sesame Street "Lost and Found" at the Museum of the Moving Image with Rosemarie Truglio and Norman Stiles November 24, 2019 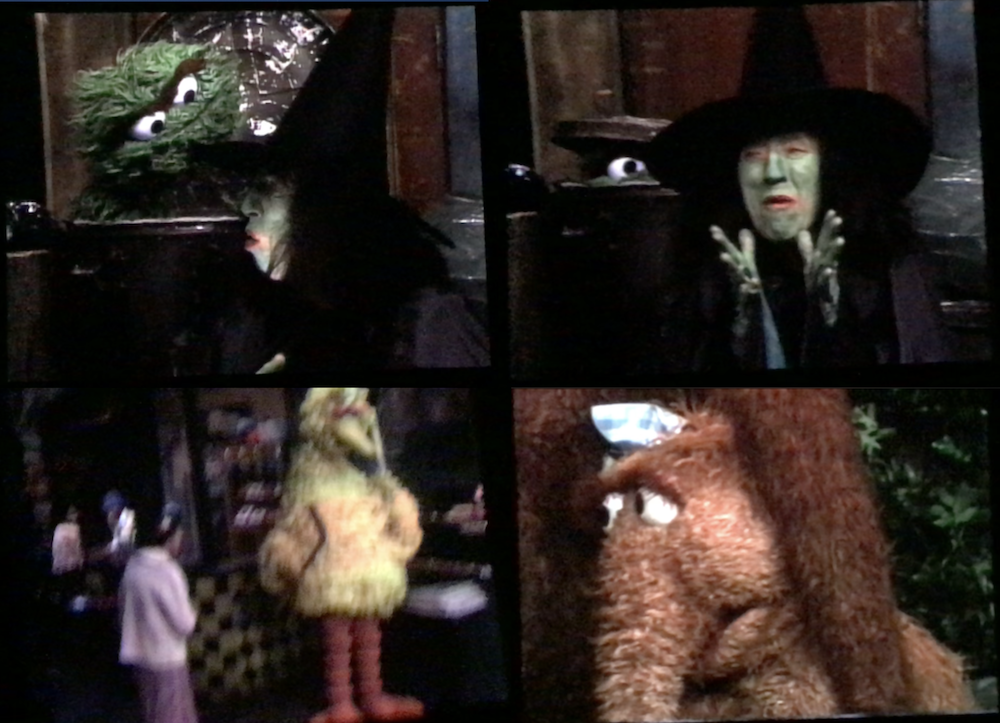 Man, that side portrait sure is creepy.

Based on what’s been reported here, and it might be a little hard to determine from clip montages, am I right that the only unaired Sesame Street content featured are “Snuffy’s parents get a divorce” and (at least part of) the Katy Perry segment?
M

I’m guessing there wasn’t really any new info to add to the wiki (I figured images wouldn’t make their way). A while back Scott was talking about whether a page on pulled segments would be worth doing, making me interested in learning of segments that were specifically pulled (as opposed to being too outdated or even cases where they just never got around to airing them again for a long time - there are quite a few segments that haven’t aired since the 1980s, though I don’t think they have anything objectionable or outdated).

Oh yeah. I deleted my posts about the event as a reactionary thing to the photo/video brew-ha-ha, but I'll re-summarzie things for those not present (not in excruciating detail).

The main format was we saw clips, then Norman and Rosemarie reacted from a writer/curriculum standpoint. The full-length clips were:
The other things screened were abridged clips in montages around various themes:
There was an extra montage that wasn't played for time constraints, so who knows what might still be out there...

With the “Dead” Muppets how was that structured full clips or just partial segments? Also with character selection, was the characters that didn’t work like Professor Hastings or characters that come and went like Chicago The Lion?

MuppetSpot said:
With the “Dead” Muppets how was that structured full clips or just partial segments? Also with character selection, was the characters that didn’t work like Professor Hastings or characters that come and went like Chicago The Lion?
Click to expand...

As I said above, all things but the two big episodes were abridged.

It was a little of both, IIRC. Like, Hastings and Don Music were in there, but so was Sherlock, who (as far as we know) wasn't discontinued for any specific complaint/reason.

Maybe it was just added under the impression that he was quietly phased out.

LittleJerry92 said:
Maybe it was just added under the impression that he was quietly phased out.
Click to expand...

I'd say Sherlock is closer to a Guy Smiley/Herry/Mumford character than Harvey/Don Music/Lefty... I thought it was odd when they grouped him with the other obscure characters in the 50th celebration. When I was younger I had a computer game where he was the main character and it seemed like he was decently regular on the show until the mid-'90s.

As Oscar said, we typically associate dead Muppets with having a reason for being phased out, but Sherlock really doesn't have that.


Oscarfan said:
As I said above, all things but the two big episodes were abridged.
Click to expand...

Looking at the guide, there was an 847 scene omitted of Margaret Hamilton filling Hooper's with brooms between her getting her broom back and leaving. I noticed they didn't show any of her scenes that could be deemed "scary"... maybe they were bracing for leaks. I mean, most of what they showed was just the mellow part of the episode with her being a sweet old lady.

So while they showed 847, they really didn't show the reasons it was banned imo (aside from maybe a few cackles outside of Oscar's can). I'd compare her manic appearance as the witch to Pennywise the Clown in that I agree with Sesame Workshop for having absolutely no desire to release the episode.

From what I gather, the whole episode gives off more of a vibe of a movie or special than an actual educational Sesame Street episode... it doesn't even feel like a SS episode in some ways.
M

I hope that weird animated version of Being Green surfaces someday (assuming it did air on the show), whatever it is.

When I think “weird animated Bein Green”, I think of a portion from a commercial for a Sesame Street album (I forget the title now, one of those greatest hits-type albums, probably a two-album release) that contained special animated versions of some of the songs.

Now I’m thinking, even though I likely won’t be able to go and see it, it would be cool if they’d have a special screening of some random rare episodes from the vault. Of course there are a lot of rare episodes that seem special to me that would likely be seen as random to casual fans.

I wasn’r going to ask about specifics on “dead” Muppets, but did it include any clips of Leslie Moslty (I’d be interested in seeing he acknowledged) or Blue Bird (of course his reason for being discontinued wouldn’t be that he didn’t work so much as it was the segments were too expensive to produce)?
You must log in or register to reply here.
Share:
Facebook Twitter Reddit Pinterest Tumblr WhatsApp Email Link
Top