Blue Frackle said:
Oh yeah; I have no problem with the character and would totally support a figure of her, but would hardly consider her popular, lol.
Click to expand...

I was being sarcastic and self centered. I would buy 6 and maybe 2 others would sell. I am drawn to the minor chorus characters. Aside from Zoot, Bunsen and Hilda for reasons stated above. My favorites were Zelda, Baskerville and the Newsman (nothing is as funny when something ridiculous happens to a very serious character). So, I was an odd child.

I'm assuming you prefer the earlier seasons of TMS?

I like all 5 seasons. I would say my favorites would be 2 and 3. Then 4,1 and 5. Of course, there are stand out episodes in each season.

I just ordered MWoO's Chef ornament from his shop. (I don't know if Muppet Central frowns on self promotion, but it is not my ornament). It looks great. And even if you have the Palisades Chef or are ordering the Diamond one (which you should consider) this is an ornament - for a tree! Or a Hanukkah bush. Or if you have strong sturdy earlobes an ear ring! The possibilities are endless. Even if you don't purchase check out and bookmark his shop. I bet you a few gems will come along. Sorry to briefly hijack the thread, but it looks good, and hope he sells enough, so he will be encouraged to make other popular characters like Zelda Rose. I know one sale he would make.

Hey, just wanted to say thank you very much for your order. Yours should be in the mail this coming week.

Also, for those who have not yet gotten the DST Chef,it's on sale right now on Amazon Prime for $23.99 and free shipping!!

MWoO said:
Hey, just wanted to say thank you very much for your order. Yours should be in the mail this coming week.

Also, for those who have not yet gotten the DST Chef,it's on sale right now on Amazon Prime for $23.99 and free shipping!!

I received MWoO's Chef ornament the other day (I was out of town for two weeks). It is really well done. If you are on the fence about getting one I say go for it. Also get off my fence you lousy kids.

Hey, Big Bad Toy store, when is a Muppet excusive not a Muppet exclusive?
Answer? When they have already been distributed to everyone!

muppetperson said:
Hey, Big Bad Toy store, when is a Muppet excusive not a Muppet exclusive?
Answer? When they have already been distributed to everyone!
Click to expand...

I mean... they are having a run specifically done for them for those that missed them and 3rd maket prices are pretty high. Also, if these re-releases sell it may mean BBTS will fund the Dr. Teeth and Zoot 2 packs.

Just Animal and B&B? I thought the balcony was the rarest piece? I would've rather just seen them go ahead with Sam, Rizzo, Zoot and Teeth instead.

Is it just me, or is Diamond irregularly slow with producing stuff? I also collect their Kingdom Hearts figures (which they are saying have been successful), and even those release incredibly slow when they said they would pick up; is it because they're an American-based company?

True, it is a little odd they didnt do Statler and Waldorf.

Likely they couldn't go straight to Dr. Teeth and Zoot because a small run if them would cost a ton. They require tooling, where as the series 2 stuff is already done. Statler and Waldorf are also probably too expensive for a small run. If the goal of these is to help fund a run of series 4 it makes sense to only make the 2 that are cheaper to produce for DST to make a higher margin and fund the next wave.

Of course this is all speculation, but any activity on this line is good.

They're gonna be running a 500 piece run of a "catastrophe" Chef variant... interesting. 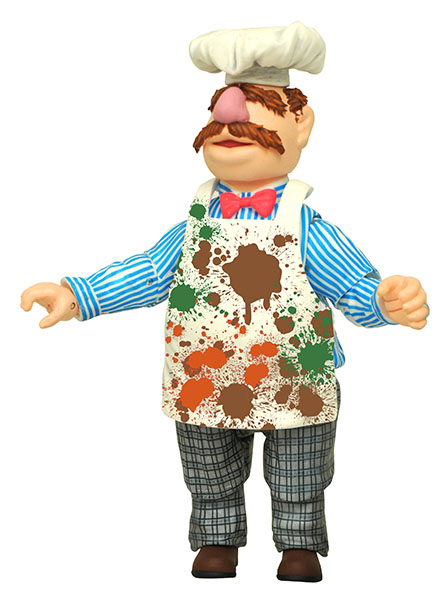 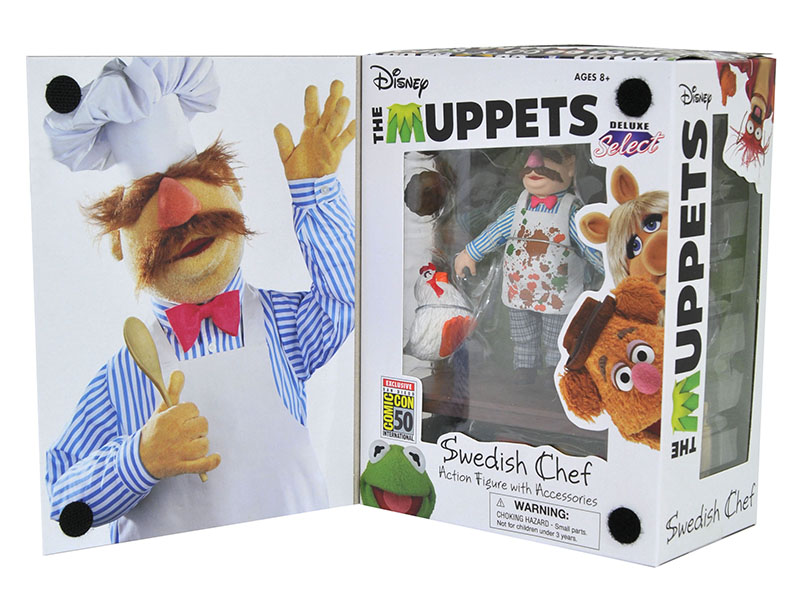 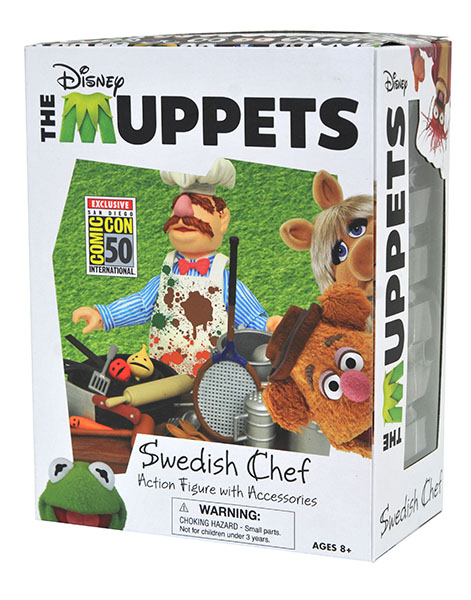