Christmas: Are they shoving it down our throats too early?

And then you have this ironic version of "Silent Night"

Drtooth said:
I just watched some PBS thing about Thanksgiving... some Burt Wolf thing... and there are 2 things that I found quite interesting...

I feel I should address this as it ties into what's coming. The "first" Thanksgiving was technically nothing more than a one time harvest festival. Long story short, the tradition was lifted from old English traditions to declare holidays to celebrate something, and this was adopted by the founding fathers. But the real reason Thanksgiving is a national holiday is because of Abraham Lincoln and the Civil War (the thanks being as in thankful it's over). Even the turkey aspect was due to it being a very popular dish in the 1700's and 1800's. So really, we shouldn't have Pilgrims and Indians/Native Americans... we should have good ol' Honest Abe. Nice way to recycle some leftover President's Day decorations.

As for Christmas bumping through Thanksgiving, would you believe that the retail industry actually tried to get Thanksgiving pushed sooner so there would be more time for shopping? Wanna know who stopped that one? FDR. Yep. Christmas coming too soon is much earlier than we realize.

So really, modern American Thanksgiving owes far more to the founding fathers, Abe Lincoln and FDR than the Pilgrims and Native Americans.

Good old "Franksgiving", when FDR temporarily moved Thanksgiving a week earlier to help boost retail sales, which caused confusion with 23 states and D.C. celebrating on the new date of the 4th Thursday (later the 3rd), 22 on the old date of the 5th Thursday (later 4th), and 2 states celebrating turkey day on both the next-to-last and last Thursday.

Afterwards, the fourth Thursday would become the designated date for Thanksgiving, which in some years leads to a few extra days of Black Friday shopping in November, so I guess we can blame or thank FDR for the Black Friday effect:

The Count said:
With regards to Frosty, I'm asking to see if I've got it right.
There's the original that is apparently owned by CBS because they're the only ones who air it. The second Frosty special I know of is the one where Crystal, his snow-wife was made. #3 would have to be that one with John Goodman voicing Frosty that I only saw a snipet of and barely even remember. #4 is another version where Frosty is voiced by John Candy I think. #5 has to be the one where comedian Larry Miller voices the strict school principal, that special is narrated by the main kid who's now an adult remembering his childhood adventure. Finally, there's Rudolph and Frosty, the special that basically puts Rankin-Bass's characters together in one grand superstory.

The good thing is that ABC Family dedicates one of the weekends of December to all the Rankin Bass specials, 2-D or stop-motion animated, except I noticed Christmas in Killarny was missing last year.

Speaking of other specials... The one Seuss special that hasn't aired in ages is Pontoffel Pock. One of the specials I like is Olive the Other Reindeer which airs on CN. But I have to ask, does anyone remember a special where Rudolph was an Aussie-voiced character trying to make it on the sleigh team and deal with his crush on Vixen at the same time?

Also, I watch ABC Family's 25 Days promotion mostly for the Pixar premieres, they debut the movie that was in theaters two years ago. So that means Drtooth's least fave will be getting the prime hype this time around.

According to John Candy's IMDB profile, I don't see anything about him ever having portrayed Frosty:

The Legend of Frosty the Snowman features the voices of Bill Fagerbakke, best known as Patrick Star on SpongeBob SquarePants and Michael "Dauber" Dybinski on Coach as Frosty, and the late Burt Reynolds as the narrator:

D'Snowth said:
And let us not forget to mention Rankin/Bass' feature films, like their version of THE LORD OF THE RINGS series (well okay, RB only did the first and third, Ralph Bakshi did the second), which are all but forgotten.

For we are the slaves of the dark lords war (left-right, left-right)
Click to expand...

CensoredAlso said:
A crack on the back says we're gonna fight! We're gonna march all day and night, and more!
Click to expand...

Twisted Tails said:
When there's a whip (whip cracks) there is a way
Click to expand...

CensoredAlso said:
We don't wanna go to war today but the lord of the lash says, "nay nay nay!"
Click to expand...

I just got random stuff, My youngest brother got me a Sparky Firefly stuffed animal from The Bugaloos for Christmas, I also got money, gift cards, socks, pajamas, the paperback book series of Harry Potter, 2 dvds and 2 more books called The Christmas dolls and Look for Me by the Moonlight 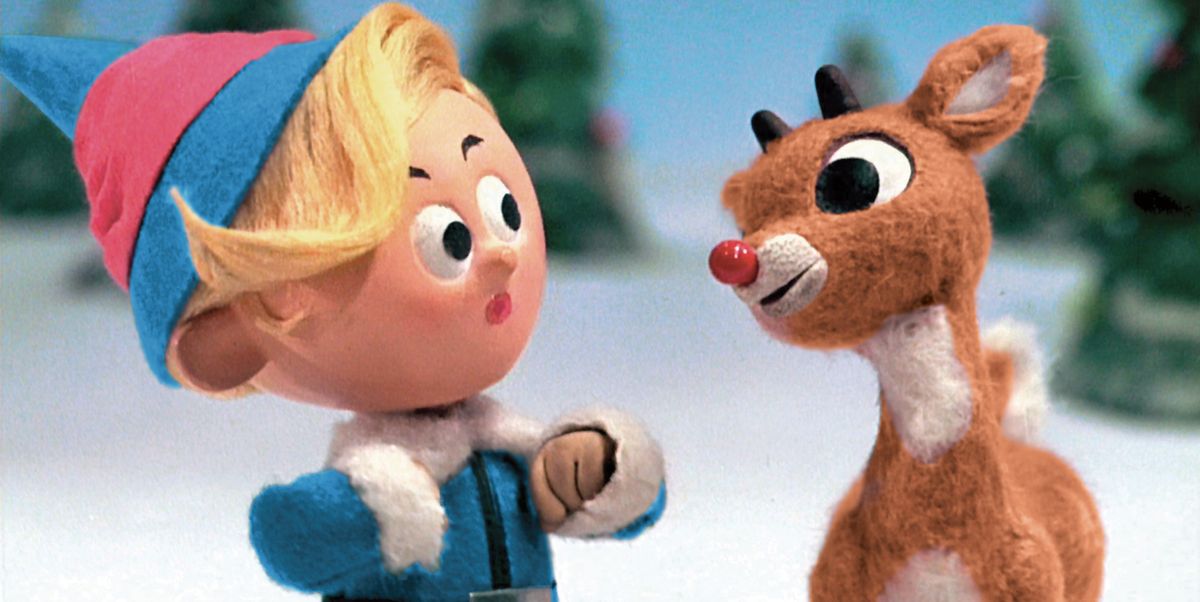 Clear out your schedule for December, ASAP.

well i wasn't expecting this thread to be bumped so early...

Froggy Fool said:
well i wasn't expecting this thread to be bumped so early...
Click to expand...

Oh I know you weren't, but I just had to post that yesterday after seeing it.

Froggy Fool said:
well i wasn't expecting this thread to be bumped so early...
Click to expand...

How come? They are shoving it down our throats too early after all.