Am I the only one who hates what they've done to the Fozzie puppet?

Drtooth said:
Yes yes yes and yes. I've been saying this for years, but Ernie and Bert look too darn perfect now. Even Ernie's signature tossled hair is perfectly coiffed. There's such a warmness from the late 70's- late 80's versions of the characters. Somehow the turn of the millennium, those two characters went from being a little rough around the edges to the point where you could see some bumps and "pills" on the fleece they used to being completely perfected and color corrected. A lot of personality was lost with perfecting the characters. They look really artificial now. And that's unfortunately the result of perfected puppet making. I also have to say I'm not wild about how Prairie Dawn looks now, either. Even Oscar looks clean. Though I must say, there was a period where they were using really off looking Cookie Monster puppets of slightly different shades of blue that they seem to have moved on from. They still have some very off looking Cookie Monsters they use for full body bits in the Crumby Picture skits. Then there was that one oddly combed fur one they used for the Lord of the Cookies bit, which thankfully never appeared again.
Click to expand...

I really like the Grover puppet they're using right now, it actually looks like a recycled puppet from the 70s: he's even got floppy fingers again! Grover (and really, all of the monsters) hasn't had floppy fingers since the 80s.
D

Oh yeah. Me too. While some puppets suffer a little in the advanced puppet build department, some characters thrive. Grover is one of them.

And I don't really think that Bert is hurt by the excessively clean design he has now, since he's kinda supposed to be a neat freak. Ernie most definitely, but not Bert.

D'Snowth said:
The thing of it is, when you build multiple puppets of the same character, none of them are going to look 100% the same.
Click to expand...

Yeah, but what they have done is bad.


Duke Remington said:
I wish people would stop complaining about the puppets looking "too perfect"--not only are they wrong, but it's also getting extremely annoying and is an incredibly stupid and all-too-petty thing to complain about.

You mean we are complaining about the puppets not looking "too perfect"? C'mon; I just get the impression that you'll accept any turd they lay in front of you.

How are we wrong?

There is a member on here who hit the nail right on the head: 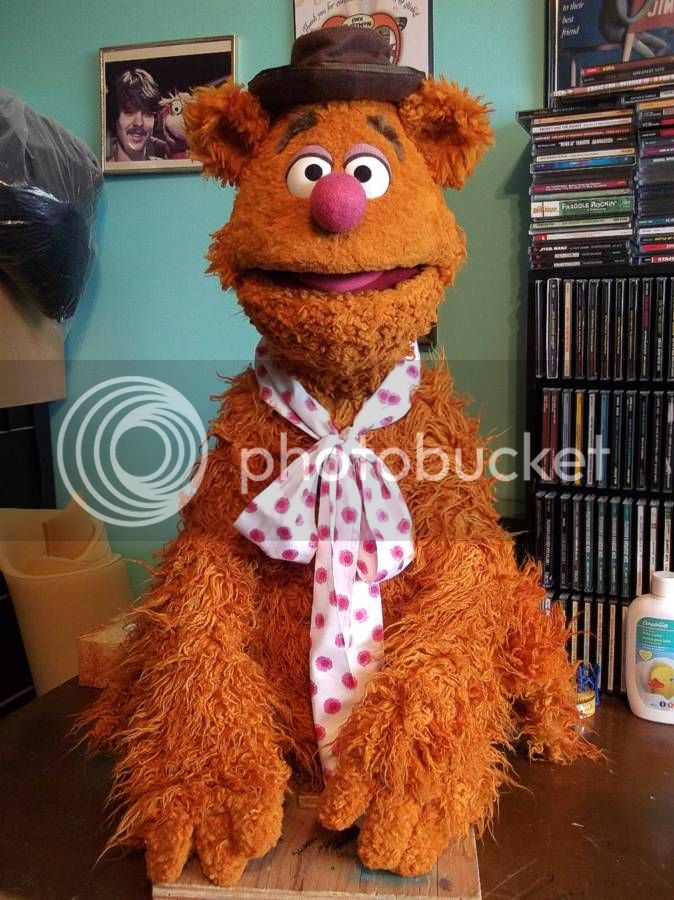 Drtooth said:
And on the contrary, some first season Muppet designs (including Sesame Street) are millions of times worse. Droopy, perma-scowl Bert, that bloated faced Piggy, even the first season Ma Gorg. All complete uggos. And don't get me started on the AM's from the first season of Sesame Street before they developed the "magic triangle." I know they were supposed to be simplistic, but it seems they were thrown together 2 minutes before the skit. Some during, and that's clearly a budget thing going on. If you look at the "Five People in my Family" song, the puppeteers even make a subtle nod to only having a few puppets for every character at the end when they're all mixed up and thrown together. And look at them now. They even have different builds and colors that they didn't 20 or so years ago.
Click to expand...

Yeah, but there was nothing to compare them to, so what's your point?

Blue Frackle said:
How are we wrong?
Click to expand...

Everyone who doesn't agree with him is "wrong," that's how.

That is completely astonishing,who made it? it looks exacty like the previous Fozzie puppet. Just,amazing!

Pig's laundry said:
That is completely astonishing,who made it? it looks exacty like the previous Fozzie puppet. Just,amazing!
Click to expand...

A member by the name of ButchCat. I'm pretty sure he used to work for the Muppets. 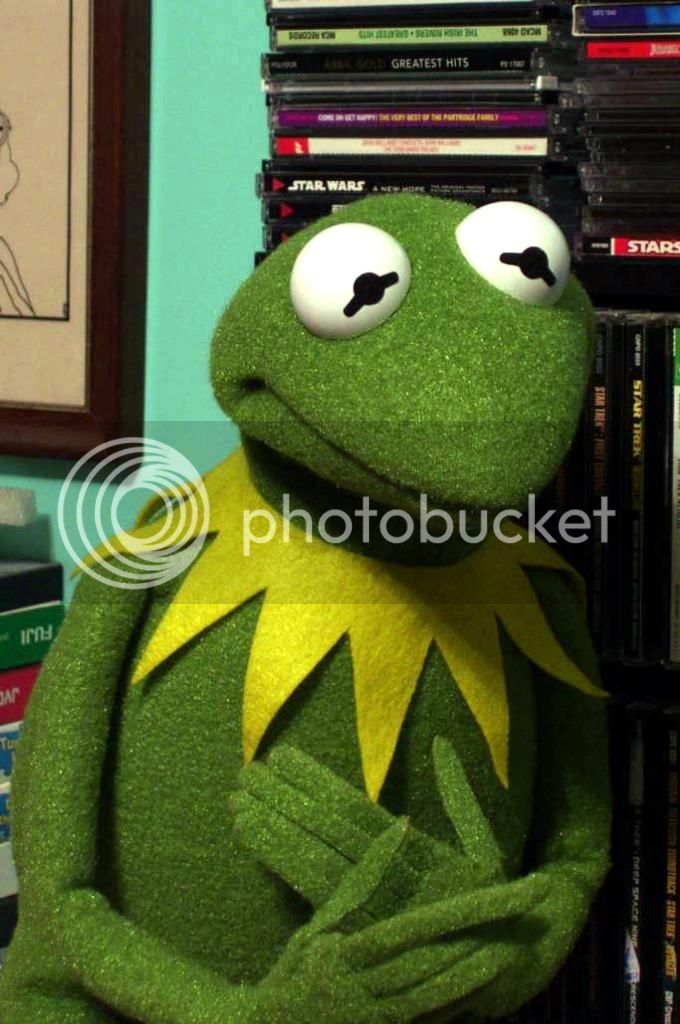 Okay, yeah. For some reason, one man on his own can build better Muppets than one of the largest enterprises in the world. 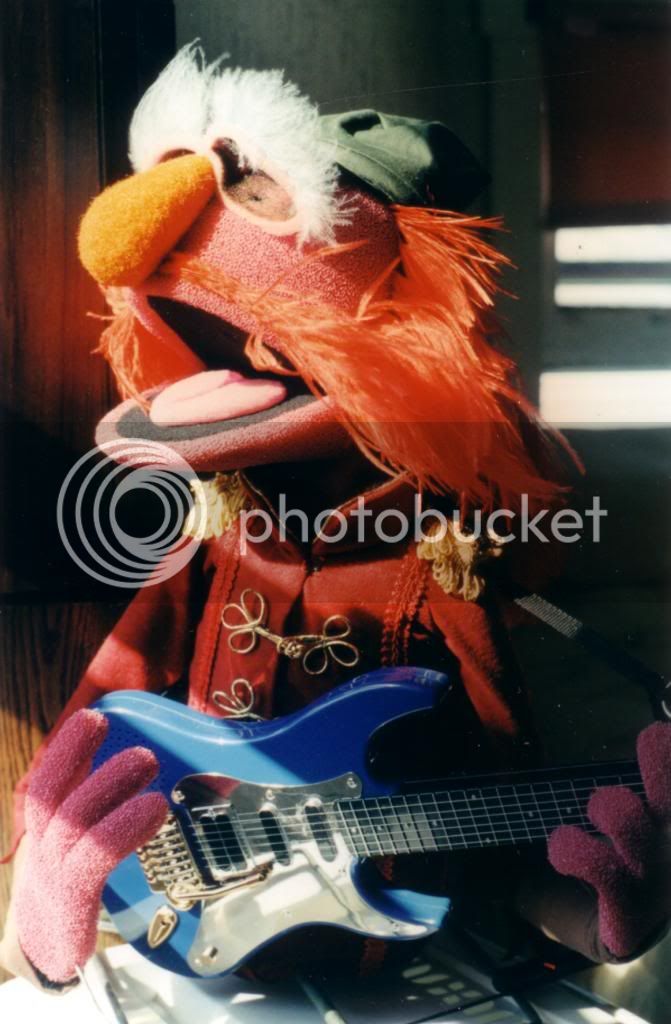 Blue Frackle said:
A member by the name of ButchCat. I'm pretty sure he used to work for the Muppets.
Click to expand...

Blue Frackle said:
Yeah, but there was nothing to compare them to, so what's your point?
Click to expand...

A long and drawn out one for sure. There is indeed nothing to compare them to previously, and everything that can be said is clearly in hindsight. However, that hindsight gives a nice history of how the puppets were perfected over the years. Clearly, classic AM's were sloppier out of necessity because they indeed had to stick the eyes and stuff on for every performance. Plus, first season. So yeah.

My point is that we went from imperfect to way too perfect in the course of 40+ years. But when things get too perfect, the little rough around the edges parts that give the puppets personality seem to be streamlined off in certain character.

I think there's a difference between saying "such and such puppet looks bad/good" and having a perspective of the history of how the characters looked as far as build techniques go.

But I think we can all agree to one thing. Janice no longer has that embarrassing early 80's side ponytail anymore. Ugh... she had that well into the 2000's.

mr3urious said:
And I don't really think that Bert is hurt by the excessively clean design he has now, since he's kinda supposed to be a neat freak. Ernie most definitely, but not Bert.
Click to expand...

Mmmmm... I feel it's yes and no. It's a subtle thing that makes the characters a little more artificial to me. But I do agree that Bert doesn't look as sterile as Ernie does. I dunno... maybe I'm a bit too partial to the late 80's character designs. These things happen when advances do.

Back to the subject, I completely agree that Fozzie looks wrong in both fur and head shape, but I still think the one that bugs me is how stiff and inexpressive Gonzo looks. I get the feeling he's not that comfortable for Dave to puppeteer either, leading to stiffness of movement. I get something in the eyes being off. Like his eyelids are too heavy or something, to say the least of the nose being a little too streamlined a shape. That said, I can't really blame Disney 100% for this so much as the puppet building team. I'm sure they goad them into a certain look, though. And while I do think the fan made recreations are much, much better and superior in every way, that's...well...cuz that's usually the case with everything. I really wish that Puppet Heap would track these guys down and ask them their secrets and techniques. You know, get some outside out of the box perspective. Fans that have the money, technique, and time usually put in a lot of effort into these things that production companies can't match with multiple people on a show/movie production budget. Shame that some who work on these sort of things officially don't really have that same perspective and the freedom of no production higher ups breathing down their neck.
You must log in or register to reply here.
Share:
Facebook Twitter Reddit Pinterest Tumblr WhatsApp Email Link
Top