ConsummateVs said:
It also seems like a great show for @LittleJerry92 to watch when he's high. 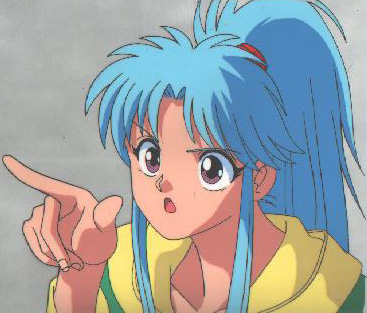 Alright, you got me there.

No, but true story, I remember when I was in college, I fell asleep on my couch watching adult swim at midnight..... then I wake up at like 4 AM when an episode was playing and it had a bunch of people doing the pantyhose face challenge.... I was just like “eh?

But, yeah. I saw some episodes and..... it’s definitely adult swim material.

My favorite adult swim show by far is Final Space. I love the creative storylines, that adorable little Mooncake character, and the main hero Gary who's hilarious attitude can best be described as Will Forte in The Last Man on Earth mixed with Mordecai and Rigby from Regular Show.

I have a question:Was there ever an [adult swim] show that mocked the style of H.R. Pufnstuf? I'm asking this because earlier today a close friend and I were talking about Candle Cove and how it was loosely inspired by Lidsville. He then told me that he remembers an [adult swim] live action program from the 2000s that parodied Pufnstuf in an edgy fashion.

Personally, I'd love to see that show as Pufnstuf has a lot of potentional for adult parodies with how completely bizarre and off the wall it was. But I can't find any proof that such a show even existed. I've done my research, browsed the Wikipedia listing for [adult swim] programming multiple times, and haven't found anything even close to what he described.

So if anyone remembers such a thing please let me know and if you can, inform me of what the show's title is? I think that concept sounds hilarious so if anyone can find it, much thanks will be appreciated.
You must log in or register to reply here.
Share:
Facebook Twitter Reddit Pinterest Tumblr WhatsApp Email Link
Top