A rather unusual piece of Sesame Street media. As starters know, from 2007 local indie distributor Madman took over distribution of Sesame Street titles in Australia from ABC Kids, who spent much of 2006 simply reissuing bare-bones versions of older titles they had released on VHS years prior (maybe for money?) for 5 years before giving it back to the ABC, resulting in some excellent localisations of Genius-era titles (including 45 Years of Sunny Days and Old School Volumes 1 and 2).

This release is a rather odd one. In December 2010, they chose NOT to issue A Sesame Street Christmas Carol through regular channels and decided to issue it through News Corp newspapers as a freebie. The result, it's a bare-bones release which I have two copies of but, the following images are not mine but from some guy on eBay. 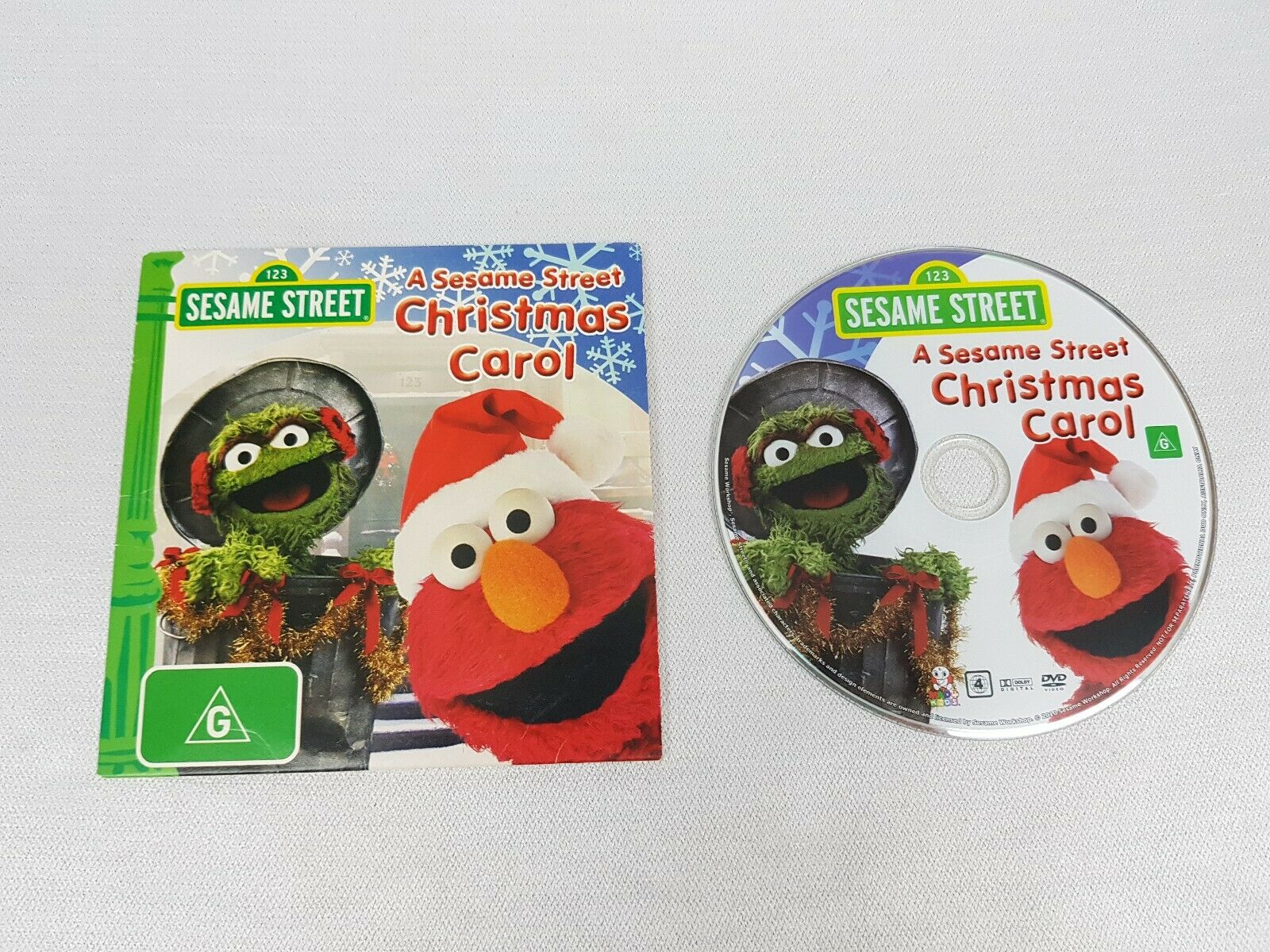 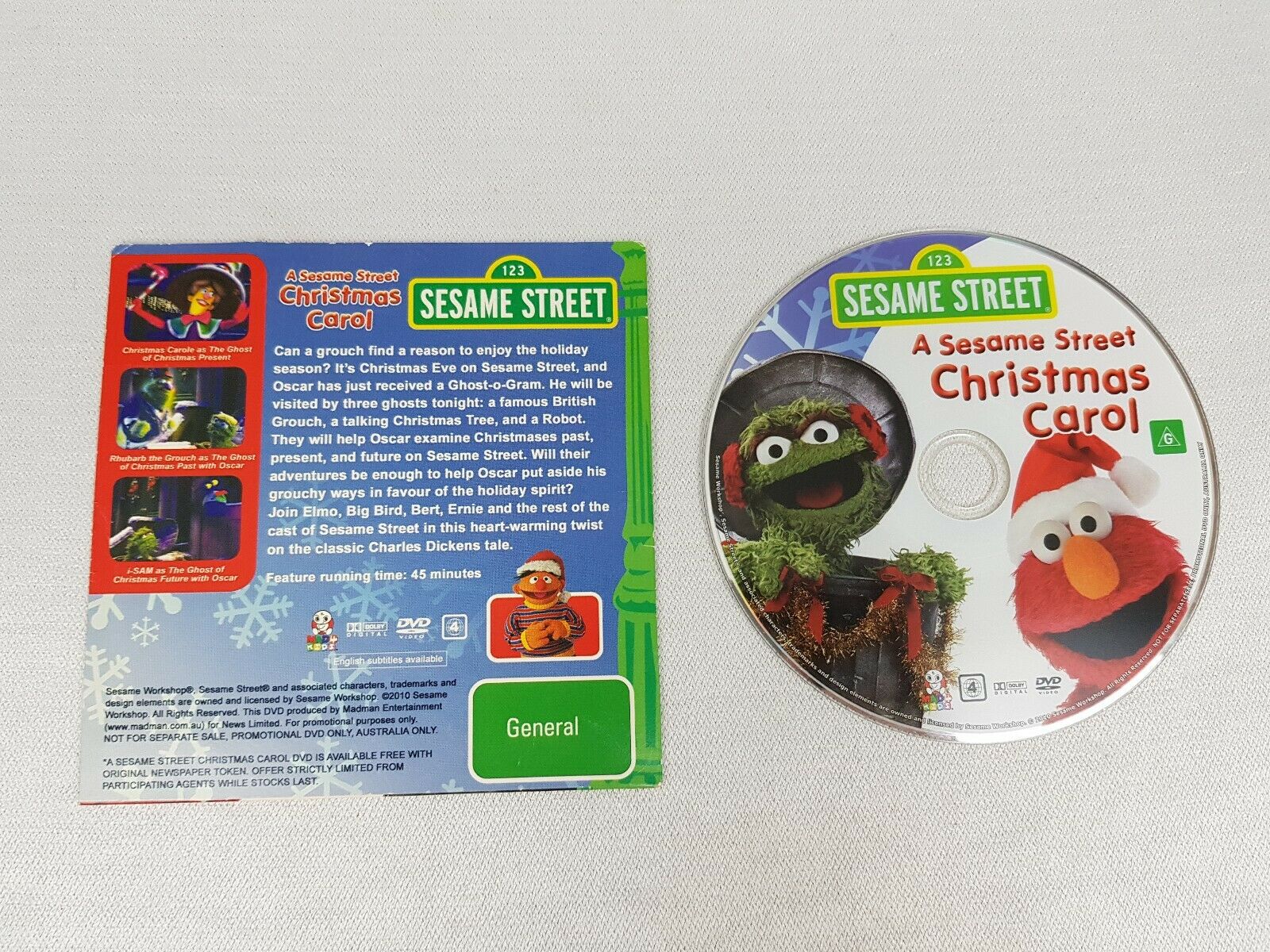