Thursday morning watch the Sesame Street Muppets at The 96th Annual Macy's Thanksgiving Day Parade. This will be the 48th year that Sesame Street has made an appearance.

The parade begins at 9 am eastern on NBC and Peacock. Sesame Street's appearance is scheduled for approximately 10 am eastern, 9 am central

Please note, the parade may be delayed up to two hours in your time zone, so be sure to check local listings for accurate start times. Also in some markets, NBC will be re-airing the parade in the afternoon so check local times for broadcasts in your area. 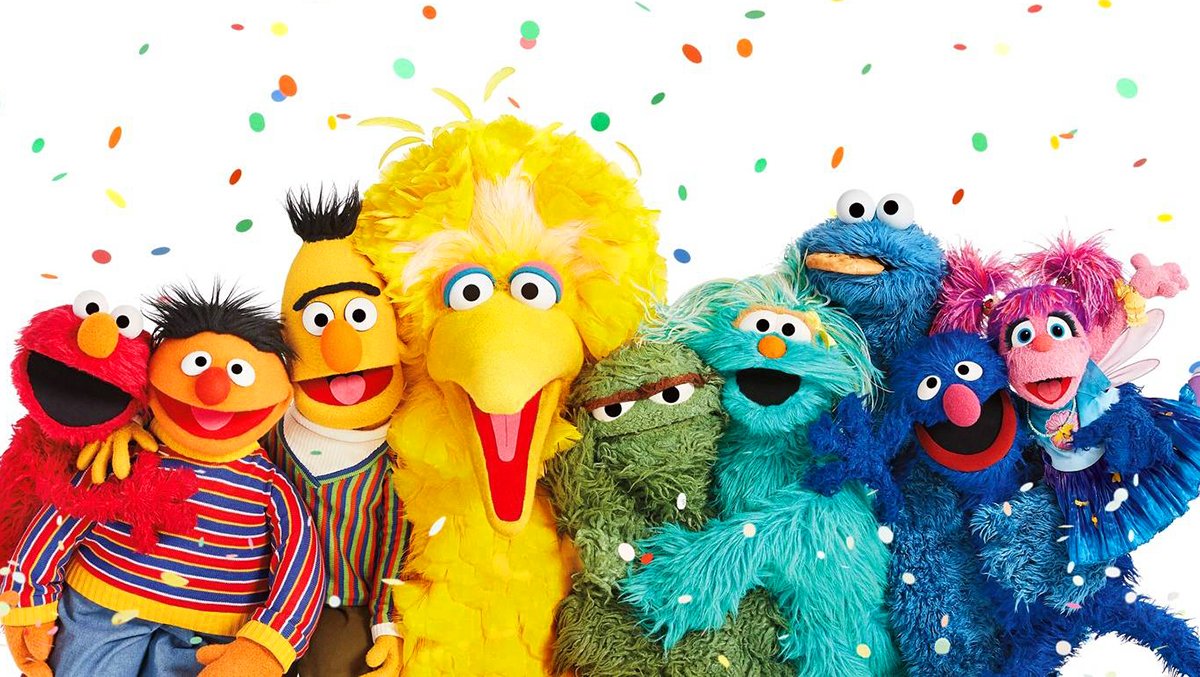 First, I started watching the parade on CBS, where they give better coverage of the floats and balloons, compared to NBC virtually ignoring those in favor of the Radio City Rockettes and all the Broadway musical numbers. I also saw a brief glimpse of the Sesame Street float on CBS's coverage before they began showing the Paw Patrol balloon. Then close to 10 AM, I change the channel to NBC to see the Sesame float, just like clockwork.

Ahhhh, HERE comes the Sesame Street float on NBC! It came in kind of late this year; then again things were already a little different this year, with them doing the "Let's Have a Parade" countdown right before the Tom Turkey float crosses the Macy's stage.

Of course, I loved seeing Julia on the float in her noise-cancelling headset, and Oscar refusing to sing, as always.

I do think it maybe because of the appearance of the Fraggles that made the Sesame Street float a bit late this year.
A

It was fun. Interesting how there were no human kids on the float this year.

antsamthompson9 said:
It was fun. Interesting how there were no human kids on the float this year.
Click to expand...

I think they still have that policy with no kids under 12 being allowed on the floats due to the COVID thing. So, no kid dancers.

And of course, when announcing the "Sesame Street" float, they kick it off with the instrumental track based on the Season 40-45 arrangements of the opening theme; it sounds like a different orchestration that was recorded just for the parade, making it pretty unique.

So first of all, tie in promotion within this year's float for the upcoming Sesame Nutcracker special, good.

The Sesame float did come in a smidge later than usual, but it still came within the first half hour of the parade so that's okay by me. The thing that made it more special this year was watching it with my three-year-old niece who recognizes the major characters and loved Tango because she loves dogs/most dog characters. What was weird for me was the absence of the

balloon following the float. But I suppose that can be explained due to the fact of what followed was the Chase balloon representing Paw Patrol which made my afore-mentioned niece really happy excited.

Mostly a regularly okay parade given I watch mostly for the Broadway numbers and the Sesame float.