1. 4 Favorite muppets - Kermit because of his fun-loving straight man personality and when he'll occasionally flip out, Dr. Teeth because he sure is one cool cat, Fozzie because of his goofy comic relief personality, and I guess Gonzo because of his love for chickens and he's such a goofy character.

3. 4 favorite Fraggle Rock characters - well, this is kind of tough for me because I have not watched Fraggle Rock in a long, long time, but from my memory, I always liked Red because she had a very fun and outgoing personality, Mokey because she was a real sweetheart and was honestly like a mom to me when I was a kid (I'm guilty of crushing on her.

), Gobo just because he's a loveable little guy, and I guess Boober since I can also relate to being kinda paranoid about stuff sometimes.

4. 4 Favorite Muppet Show episodes - Alice Cooper because his performances were BOMB, Leo Sawyer same deal, Cloris Leachman mainly because of the pigs taking over storyline, and the first episode mostly because "Mahna Mahna" was always one of my favorite songs.

5. 4 Favorite Sesame Street episodes - When Vern from Readers of the Open Range comes to visit. That episode really excited me as a kid, Telly breaks Big Bird's car because I used to have that episode on tape when I was a kid and I found it funny, Little Jerry's comeback in 2000 (yeah, surprise, right?

) and when Elmo and the gang are playing mini golf all over the street. Brian Muhel's performance as Prince Charming cracked me up.

6. 4 Fraggle Rock episodes - sadly, can't answer this one since it's been a long, long time since I watched it (though the last one I remember watching was Gobo being locked in a cage).

7. Favorite Muppet movie - Hands down the Great Muppet Caper. Lots of action and I loved the plot with Nicky Holiday stealing lady Holiday's jewels. (On another note, as a kid, I remember crushing on Lady Holiday's models. They looked so hot in those catsuits.

8. Least favorite muppet movie - I haven't seen all of them, but right now it's kind of Muppets from Space. Don't get me wrong - it's one I don't mind and will watch anytime, but one I can live without, too.

9. Favorite Muppet Special - Definitely A Muppet Family Christmas. I remember being super excited as a kid seeing all the muppet characters cross over.

12. Guilty Pleasure Muppet Production - I guess The Muppet Movie since it shows how they all met.

13. Favorite original Muppet Performer - Tie between Jim and Frank, just because they both performed lots of wild guy and straight guy characters.

14. Favorite current Muppet performer - guess I'll throw in Bill Barretta because a lot of his characters are like me.

15. Favorite muppet recast - I actually like Bill as Dr. Teeth to be honest.

16. Favorite non-muppet Henson production - Can we count the 12 balls cartoon? That cartoon got me super excited as a kid. I always loved the sound effects, music and stop-motion.

17. Muppet Production you grew up on - Sesame Street boooiiii.

19. Favorite muppet joke - Probably the fork in the road. Always cracks me up.

20. Favorite Muppet Show sketch - I always loved Fozzie's, Link Hogthrop's, Rizzo's and Lew Zealand's performance of "Another Opening, Another Show" - the curtains constantly falling on them always made me laugh.

22. - Favorite recurring Sesame Street skit - Well, I always loved the Old West skits with Sinister Sam and Bad Bart and other "bad" cowboys, to name one....

24. Favorite classic Sesame Street song - If you know me well, "NTV/The Letter N" by Nick Normal and the Nickmatics. I always loved this song as a kid, because I seem to have a weakness for 80's MTV music video-styled songs.

26. Most underrated muppet production - Honestly, Muppets Take Manhatten - I don't hear much about this movie to be honest.

27. Most overrated Muppet Production - A Muppet Christmas Carol. It's a good movie, don't get me wrong, but I think it's given too much credit, and if I'm gonna be honest, I think some members here get kind of ***** if you DARE make any form of criticism on it.

30. - Favorite muppet merchandise - tough, but I love my Kermit doll and my Electic Mayhem dolls.

Oh yeah, I definitely agree on the Playhouse stuff.

I had to buy my own copy of Rock Music with the Muppets just to watch it again.

So I see how Tough Pigs actually analyzed all of this with actual pie charts and statistics and such (whyyyyyy?!), but in doing so, I have to say, I'm actually rather shocked to see that apparently MTI is a strong contender for least favorite Muppet movie, because . . . as long as I've been involved with the Muppet fandom, I've hardly ever seen any hate directed toward that one. Unlike MFS, KSY, and MOZ, all of which are on the receiving ends of nonstop bash-fests.

How I picture certain fans when you DARE critisize Muppet Christmas Carol or give any positive comments to those three mentioned films: 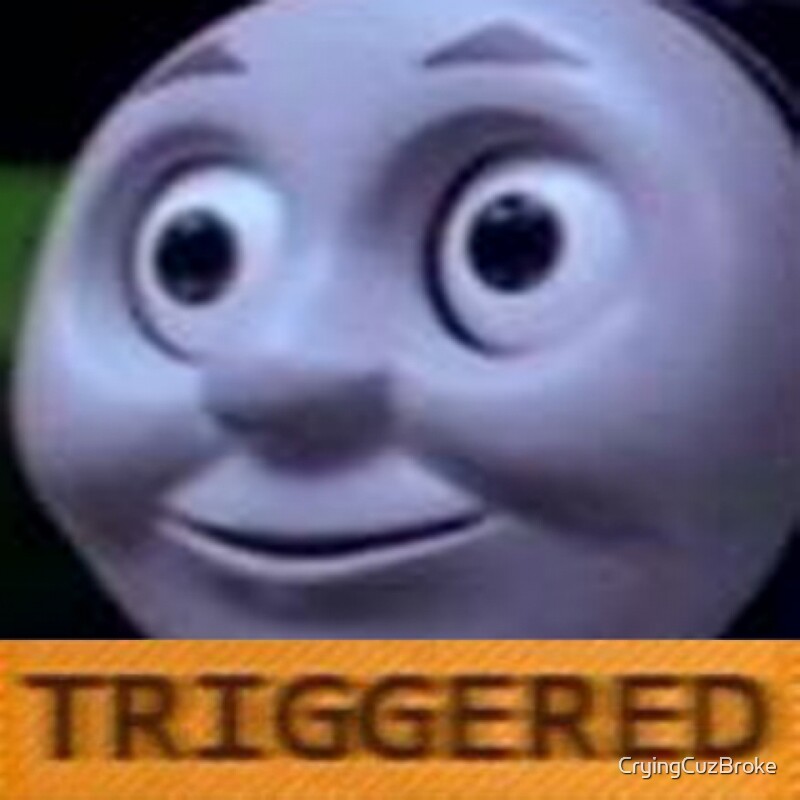 Muppetational May has returned this year!

Yeah, I brought it up a few days late. What I've chosen so far:
The next couple of days mark the first where I really need to think about my decision. Actually, with tomorrow's "what Muppet thing have I changed my mind on", I've thought of a few things, but picking favorite Muppet item in our collection will be quite difficult to pick.

I'm just kinda not in the mood for doing it again this year.

I've never done it before. I think I may start tomorrow.
M

D'Snowth said:
I'm just kinda not in the mood for doing it again this year.