Sesame Street's 50th season officially begins this Saturday on HBO with an all-new episode at 9 am eastern, 8 am central. New episodes are scheduled to air on Saturday mornings through July 2020. The Season 50 episodes are slated to air on PBS stations across the country beginning September 2020 after the season concludes on HBO. Sesame Street episodes will also be available on-line via HBOGo (requires cable or satellite) or HBONow (requires a monthly subscription). A free 30-day trial of HBONow is also available.

This is the final season that episodes will debut on HBO. Beginning next November, Season 51 will premiere on the HBO Max streaming service and PBS stations approximately nine months later.

Season 50 features:
After you see the new episodes, post here and let us know your thoughts. 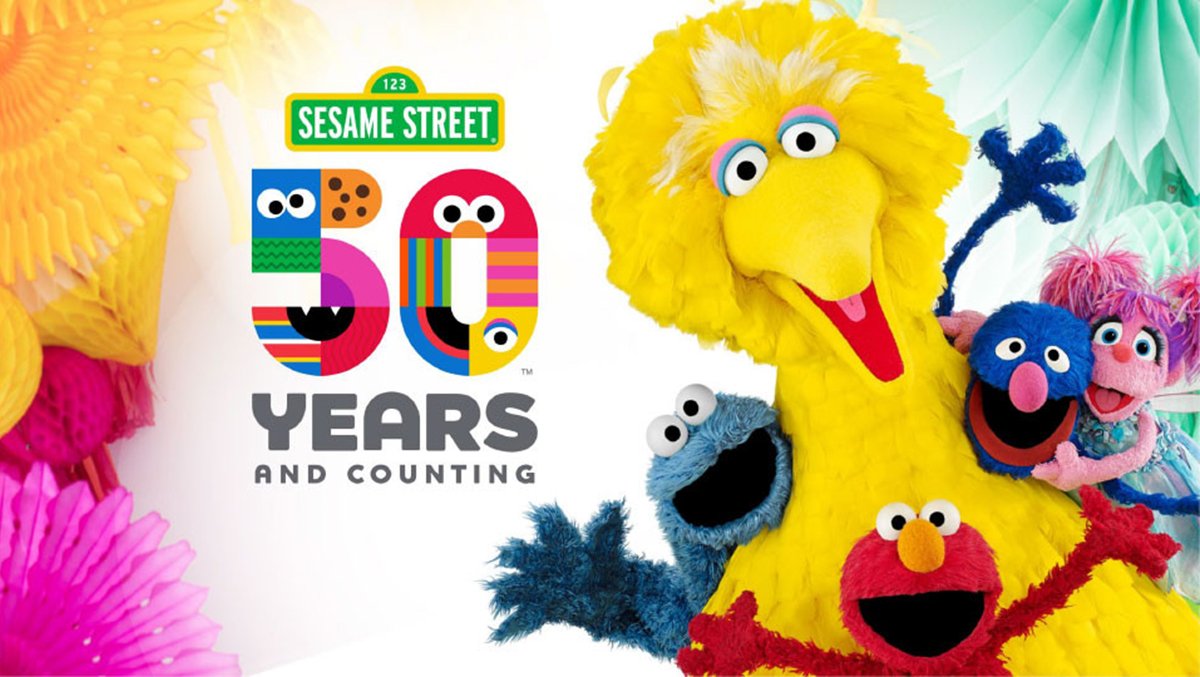 If you plan to watch Sesame Street Season 50, please like this post. This thread will be open for posting Saturday morning.

Big Bird wants to visit Cousin Bird in California, but he learns that it’s too far for him to walk. Nina suggests a cross-country road trip, so they can stop off to meet new friends along the way. When Elmo worries that he’ll miss Big Bird too much, Nina explains that they’ll video chat him every day, so he can share their adventures. 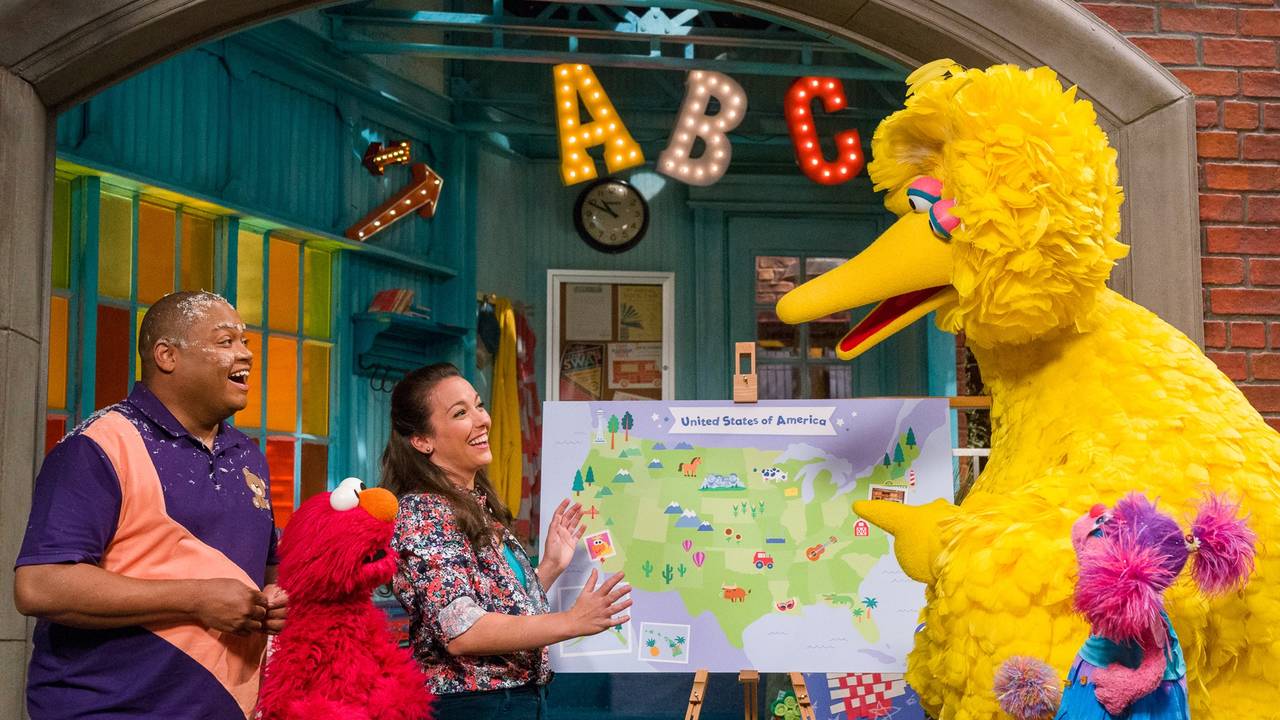 This episode was a lot of fun! I really like how it set up a mini-arc in the show, something we haven't seen for a while. Just some other random thoughts:

That was a nice little street plot; I look forward to the Road Trip segments throughout the season. Stephanie really nailed the dry way Fran did Little Bird.

The Dave Grohl song was catchy (maybe too much la-la-ing, but whatevs). Nothing else new except for new Letter/Number intros. Not sure I dig the new Letter one; I think the older arrangement was better and shot better as well. The new Number one is...weird, but hey, at least we see the Martians a bunch I guess. Too bad they couldn't work the Count into it like the CM one.

So Little Bird and Big Bird are cousins now? That's interesting. What's also interesting is that Little Bird's teddy bear is named Walter, because that's actually another M*A*S*H reference: Big Bird's teddy bear is named after the character known as Radar O'Reilly, but Radar's real name was Walter. I doubt many people will pick up on that, but I certainly did, no question.

The street story itself was set up and executed quite nicely, and I actually felt like the emotions were played surprisingly well, given how SS has seemed to thrive on Narm Charm in recent decades . . . sure, there were still some silly moments, like Cookie Monster missing the cookies he gave to Nina too much, and going ahead and eating them on the spot. I look forward to seeing how Big Bird and Nina's cross-country road trip will play out . . . I assume either Nina must make a decent amount of money from the bike shop to just up and go with Big Bird on an impromptu cross-country road trip - especially when you consider a few years back, there was that nontroversy surrounding the character about working multiple jobs being a "negative Latina stereotype."

I don't mind the updated LOTD - at least it's far more colorful than just the plain black background. I'll agree, NOTD is weird and random. The Dave Grohl song was catchy, yes, but it contained a big, fat, glaring, matting/composition error I can't believe went unnoticed: as they're entering the Arbor, and everything else begins panning, the corner edge of the Hooper's Store building remains in place on a separate layer, while the rest of the building moves.

just recently I wondered if Big Bird’s Road Trip would feel like a storyarc, perhaps the first recurring sketch series to be a story arc (though I’m sure they’ll all work well as stand-alone segments). Makes me wonder if Big Bird will be away from the street stories for most of the season, or if there’ll be a return episode.
A

This was a very good episode. Stephanie makes a great Little Bird and all the songs were catchy. I liked the new LOTD song song with its added harmonies and the addition of Zoe and Rudy. The Dave Grohl song was fun and catchy. I'm sad the new NOTD song doesn't include the Count, but at least we got the Martians.

This may be the most Big Bird-centric episode in a while. It seems like in the past couple seasons he had been mostly used as a supporting character. Here, he might have as much screen time as Elmo. Personally hoping for more of this as the season lingers on, especially with those new road trip segments they filmed over the summer.

I somehow kind of get the feeling that Big Bird's road trip may be treated in a manner similar to Slimey to the Moon in Season 29.

I was finally able to watch a new episode on the day it premiered for once, and it was pretty good!
The street story was enjoyable, I liked the little reference to FTB with Big Bird thinking he could get across the country within a day.
I agree with D'Snowth that the emotions played pretty well. Granny Bird and Elmo getting pretty emotional actually tugged at my heart a little. But, speaking of Granny...she's played by Jen Barnhart now?? Also, interesting that she was there to see Big Bird off, seems like she may live on SST now.
I loved the new marching band type arrangement for the Letter of the Day song, and the new Number song was pretty catchy too!
A more minor change but, I noticed they shortened the ending song a bit, just by like two seconds.
Also, can I just say, i'm kinda hoping the new Elmo's World gets replaced by another segment soon. There's just way too much happening in such a short span of time.
You must log in or register to reply here.
Share:
Facebook Twitter Reddit Pinterest Tumblr WhatsApp Email Link
Top