Abby and Elmo help Rapunzel figure out how to keep her hair from getting in the way so she can be what she really wants to be: a gymnast. 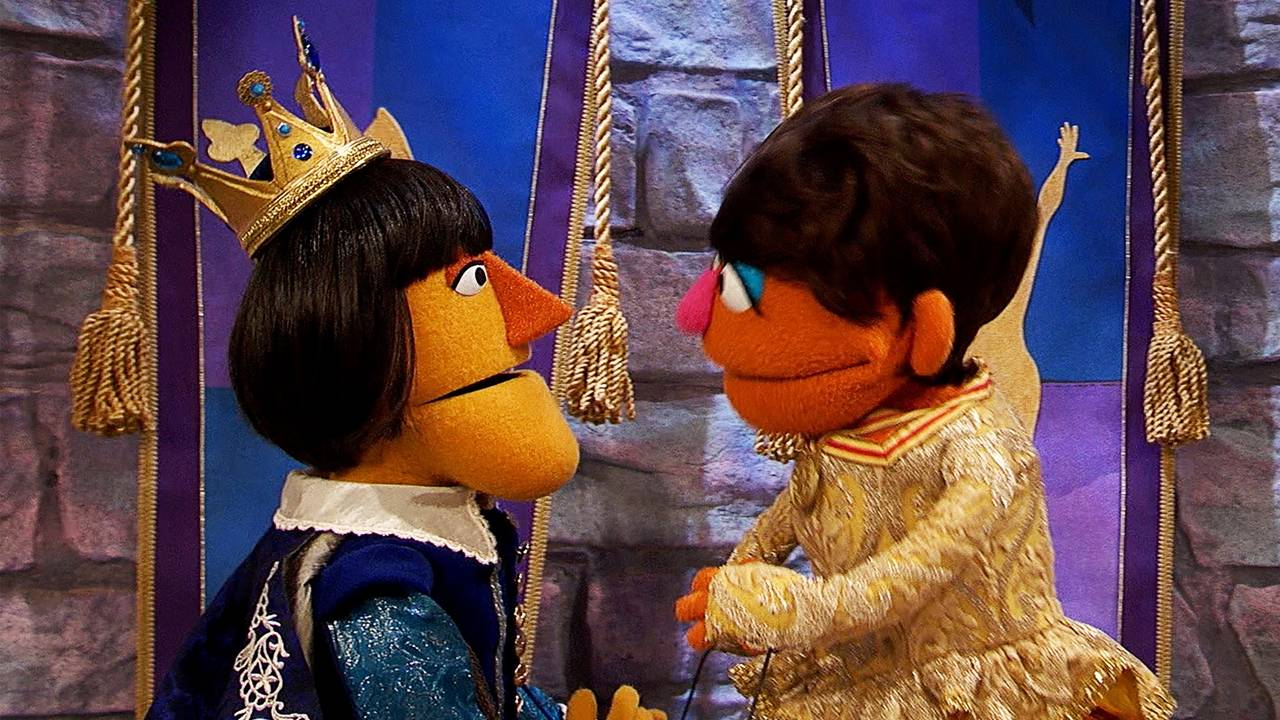 It was fine, I guess. It flowed well, at least. I really liked Matt as the hair stylist. Still not liking these short, lousy songs.

Interesting that both the new Foodie Truck and EW had Baby Bear cameos. Nice to get him involved. And I loved Gonger's little, "What is my life?!"

Nice animation of the knights. And that F for Fairy Tale song is how these letter segments should be working.
D

I really liked today's episode. It was a nice little twist on the traditional Rapunzel story by making Rapunzel a Latina, but now I can just imagine conservatives would be getting all butthurt about it and claim SST is pandering to the so-called "SJWs" back making Rapunzel as Latina for, "no reason other than to push leftist agendas." Nevertheless, it's certainly one of the better stories so far this season.

Not much to say about the rest of the episode, other than I agree, Baby Bear's cameo appearances were nice. I'm just not enjoying Foodie Truck as much as I would have liked to; I'm glad that Cookie is becoming to modern SST what Elmo was in the 90s and 2000s, but in comparison to Crumby Pictures and Smart Cookies, Foodie Truck is a step down, in my opinion.

I feel like the intro and outro segments with Cookie were filmed years prior to this episode - I noticed the random paint job on the stained glass window panes in the garden only lasted for Season 46, and the paint job was present in those segments.
A

The street story was okay. I liked Rapunzel being a Latina like Joseph said, and Tyler's performance as Prince Charming and Matt's performance as the hair-dresser. I really liked Baby Bear showing up in Foodie Truck and Elmo's World. I also liked how they changed Smartie's color for the look-it-up section.