Cinderella doesn't want to open her new shoe store and be a princess anymore, she just wants to play. She meets Rosita who would love to play with her but Cinderella's fancy shoes make it difficult. Rosita suggests that she get a pair of sneakers like hers from the new shoe store. Now wearing her new sneakers, Rosita helps Cinderella realize that she can be a princess and play. But the best part of the day was becoming friends with Rosita. 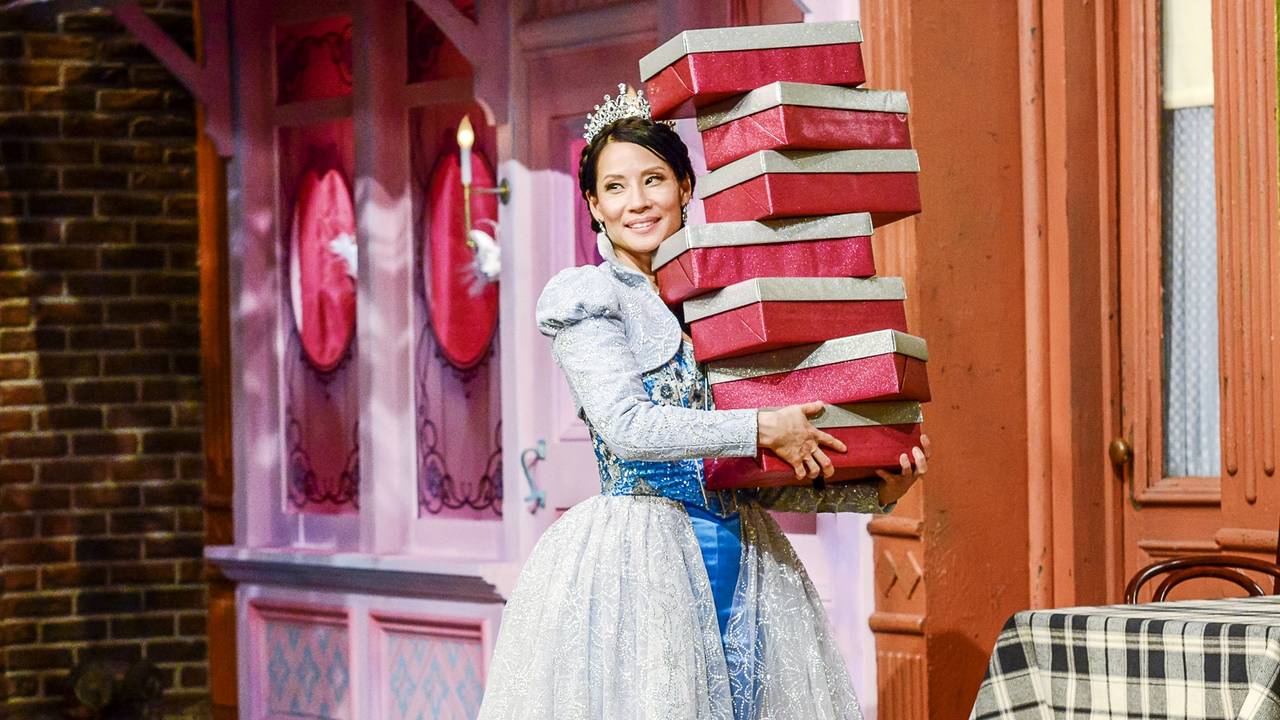 Okay, I've figured out why Gonger is hard to understand at times: his speech pattern sounds very similar to Ubbi-Dubbi speak from ZOOM; "Cwan-buh-bewwies!"

And for the second time ever, they took the time to actually count each individual cookie during NOTD.

Also totally not expecting to see the EW pilot redone in HD, but it was a treat.

As for the street story itself, I don't have much to comment on. Lucy Liu was fun as Cinderella, but the overall story just didn't have that much substance to it: she's opening a shoe store, but she wants to play and have fun instead, which she does, and . . . that's about it. She still eventually opens the store after she orders shoes like Rosita. And Duke must have some pretty big feet in proportion to his body if he wears 11E - my shoe size is 10EEEE.

Anyone else notice that this season they seem to be experimenting a bit more with the music? The song in the preview for this episode, along with the Thanksgiving Song, and the theme song to the Foodie Truck segments all sound less generic than the songs in the past couple seasons.
A

The street story was pretty fun. Ryan Dillon stole the show as the Duke. The new Foodie Truck segment was pretty funny. I liked the way Gonger pronounces "Cranberries".

That street story was a little...eh? There was a plot, but nothing about it seemed to flow very well. But yeah, Ryan was easily the best part as the Duke.

Minor nitpick: I would've moved the Mr. Shoe poem after the Foodie Truck. Not only because it had nothing to do with numbers coming after the NOTD, but it would've been a brief buffer between Cookie Monster bits.

"Rosita's Sneaky Sneakers" premieres on PBS this Wednesday August 8. Tune in and let us know your thoughts.

Yeah. I wondered why they changed the title. I've seen that happen in 'repeat' episodes but not in transitional episodes from HBO to PBS. When I noticed that I thought it would be a different episode altogether.