Bumping this thread! I think that that two segments could have been filmed on the same day (or in the same week, at least). Both bits feature Cookie Monster, Guy Smiley, and a Fat Blue-type Muppet. Plus, they were presumably filmed for Season 4...and Jim Henson, Frank Oz, and Jerry Nelson would all have been on set at the time. 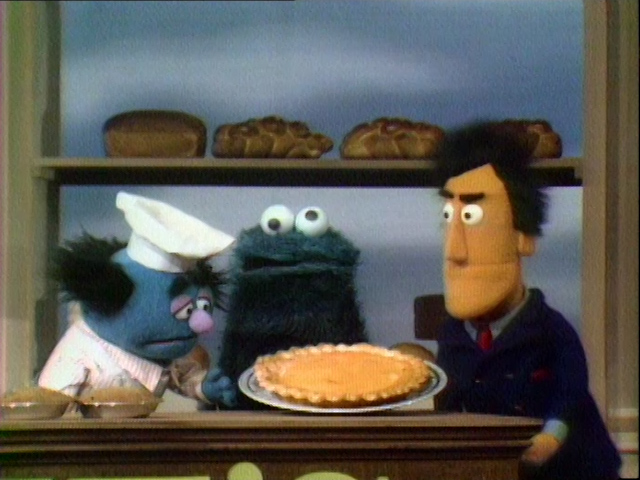 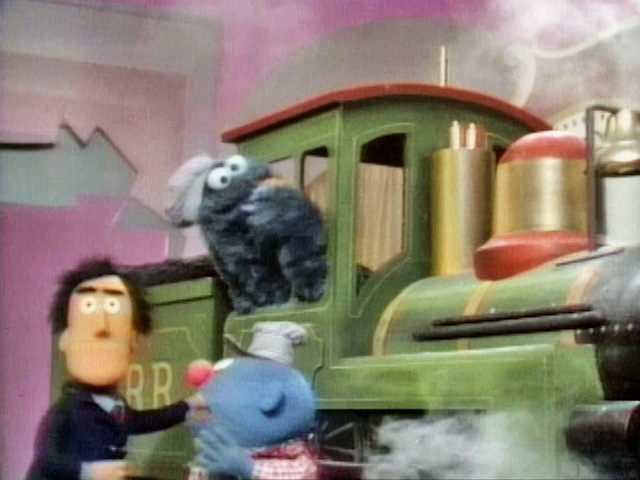 Could see that being possible. Plus, the segments in their respective debuts weren’t too far away.
M

Well, Jim, Frank, and Jerry all performed together in a lot of segments together, especially during the 1970s, and the two Fat Blue AM's are decorated in different clothing and facial features. Not saying it's not likely, just not enough for me to think they were shot the same day.
M

Last night I was watching The Leslie Mostly Show: Kermit (actually, a fan-made English dub from a foreign copy), then I watched My Pollywog Ways, and while Kermit is dressed differently in both segments, I think those were shot on the same day (there are known instances of days when they shot multiple Kermit segments including one where he wears his reporters trenchcoat and one where he's naked as usual, so changing clothes on a puppet probably isn't too time-consuming). I noticed in both segments, you can see the same picture of Kermit, and the same picture of Joe Raposo, and I noticed today that in My Pollywog Ways, you can see some of Kermit's award tropies that he showed off in The Leslie Mostly Show.

Or maybe they were keeping consistency with how the apartment is decorated. I wonder if those trophies can be seen in the tooth brush or nose warmer segments (I don't recall if we really get to see that wall in those segments, but I'm sure we don't see those pictures).

EDIT: Looking again, I see that in the Leslie Mostly segment, they removed the images of Kermit at different frog stages and moved the Kermit picture a little, but that wouldn't take up much time (less time than changing Kermit's outfit).
Last edited: Sep 27, 2020
S 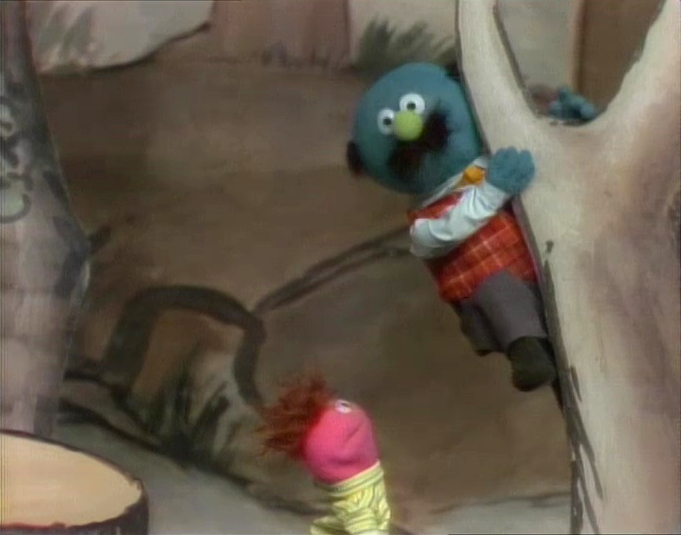 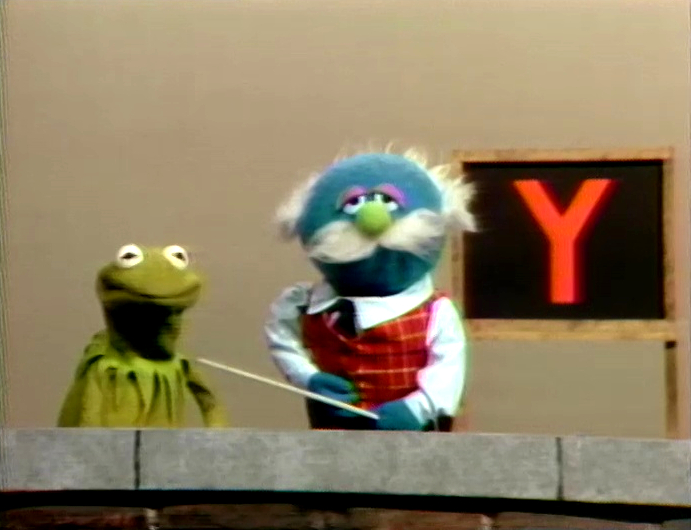 3 - Kermit's What Happens Next Machine 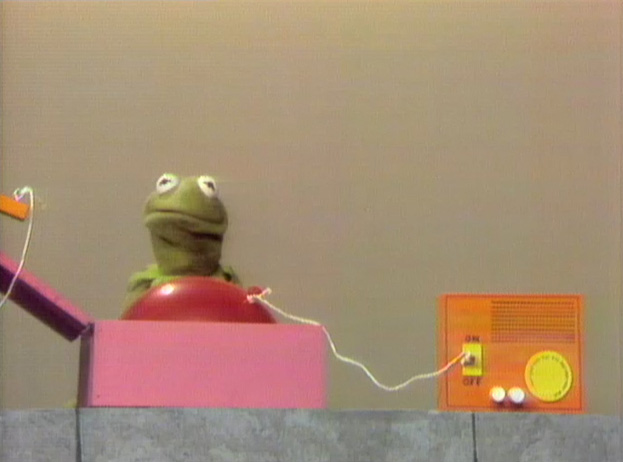 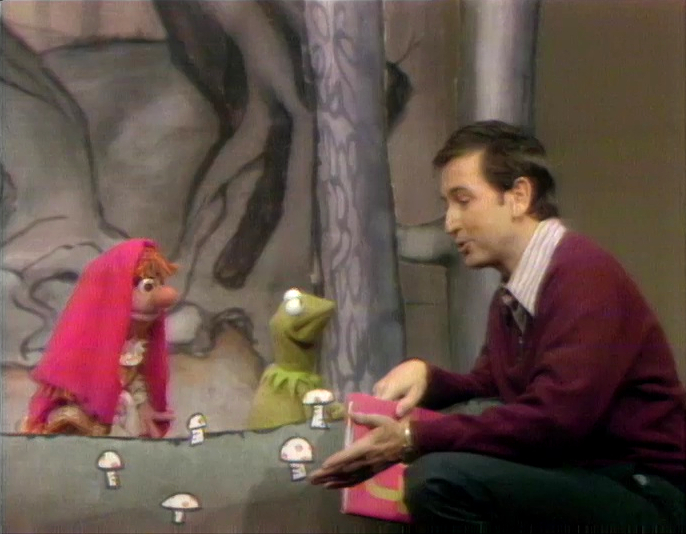 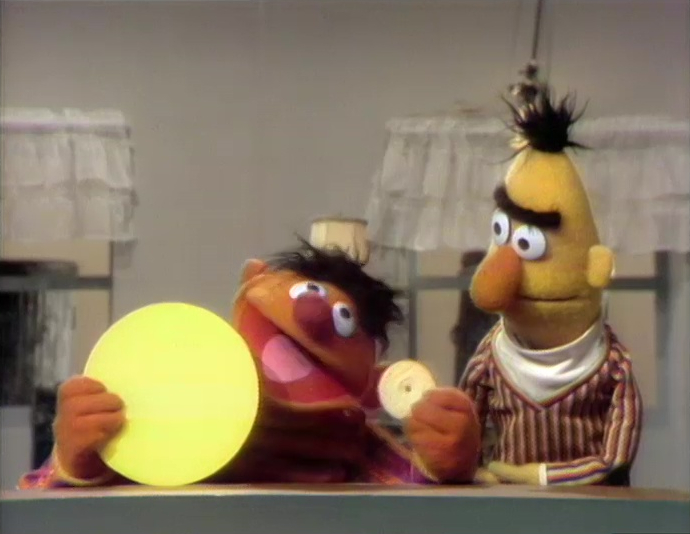 6 - Ernie Prepares to Buy a Newspaper 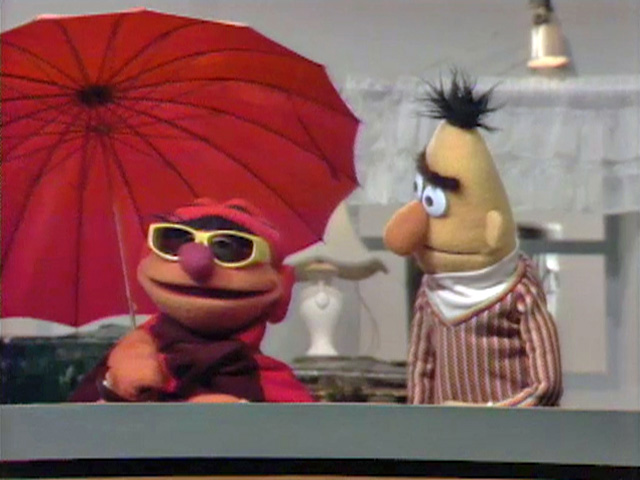 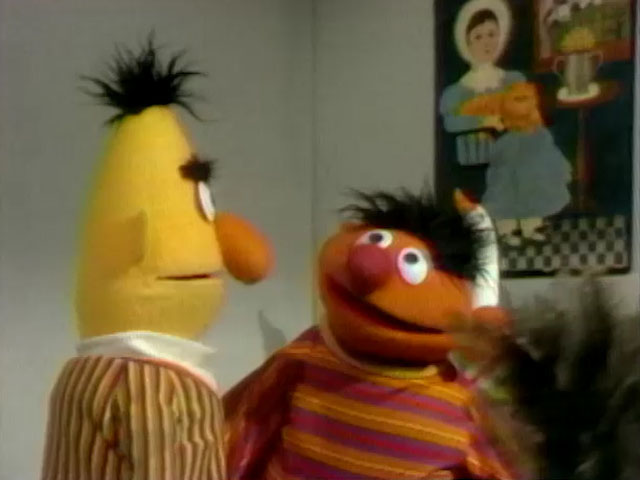 8 - AMs Cheer for the Letter F (all versions) 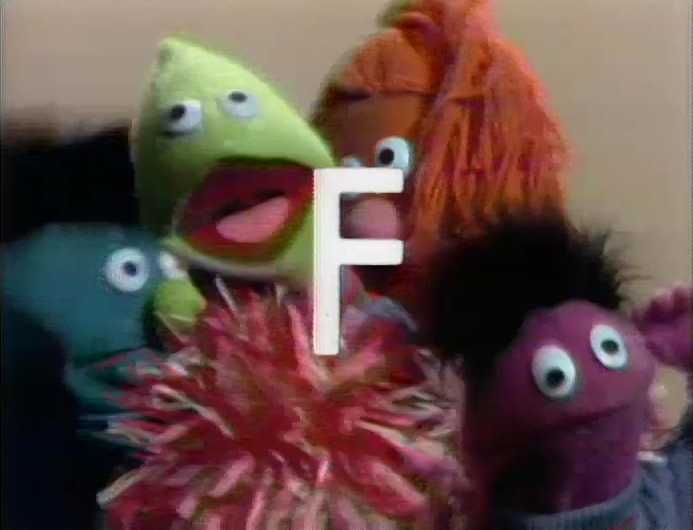 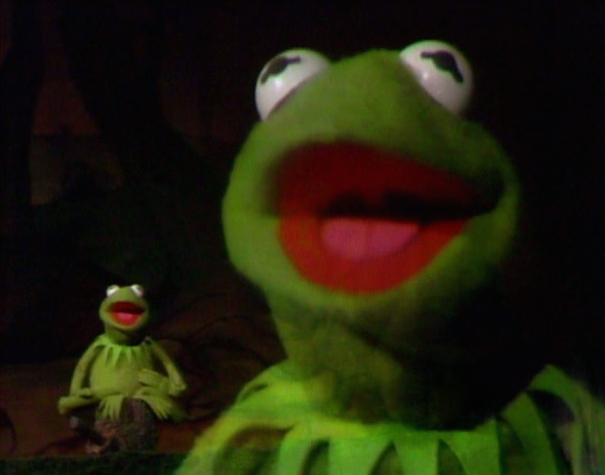 It's quite obvious that these segments were all taped the same day. First of all, they had aired within a course of two consecutive weeks, and were spread throughout those weeks worth of episodes (namely episodes 86-95).

As you can see, segments 1, 4, and 9 all employ the same forest backdrop/scenery. Kermit appears in two of those segments (4 and 9), so he was available that particular day for various inserts. The forest setting got good use in those three segments, and it just seems to be a rather appropriate setting for Kermit when singing "Bein' Green" for the first time. Could it be possible that this song was written way ahead of time, and the producers figured it would only be necessary to tape the segment whenever a forest scenery was available? Not specifically for Kermit's performance, but for at least two other inserts, as well. You may notice in the first version of "Bein' Green", the cardboard foreground of that forest setting was covered below the trees with artificial grass.

Jim and Frank, along with either John Lovelady or else Danny Seagren as assistants, were obviously all active on the set the day these segments were taped. That had conveniently allowed a certain number of segments to be taped with either Bert and Ernie, or else Kermit and another character.

You may also notice Professor Hastings has a green nose in the "Y Lecture" segment, the same as the father Muppet in segment 2, and the Fat Blue cheerleader in all variations of the "F Cheers" segments. Professor Hastings and the AM father are clearly the same puppet since they're both wearing a white dress shirt, red plaid vest, and grey pants. The only difference is their tie, hair, mustache, and eyes.

Also, with the exception of the "Bein' Green" number, all of these segments seem to have a rather soft and subtle touch to the studio lighting. This is yet another indication that these segments were all taped the same day.
Last edited: Jul 21, 2021
You must log in or register to reply here.
Share:
Facebook Twitter Reddit Pinterest Tumblr WhatsApp Email Link
Top