Drtooth said:
Their only cartoon series in production is Pokemon, and that's only because young kids' anime lasts forever, and Pokemon has the same longevity as Doraemon and Anpanman at this point. I've always felt cheated that the only Mario anime are a movie from 1986, a pointless, any character could be in it series of Fairy Tale retellings, some fire safety PSA, and like...some weird thing for a Japanese video game system that's a play phone. And I feel even more cheated that, yeah...Legend of Zelda manga was republished by Viz, but Super Mario-kun is somehow out of the question. So they're basically just as stick up their butts about licensing them out to movies and cartoons in their native country as they are in the US. I know it's weird to keep steering the conversation about their consoles to this all the time, but I really think that they could connect more with outside media, and it's also a nice fall back if things ever go south for them.
Click to expand...

On the plus side, the Super Mario Adventures comic Nintendo Power used to run is getting a re-print by Viz.

mr3urious said:
Doesn't seem like they're aiming at casuals this time. Note how the trailer only features young adults rather than families or seniors, and how the games don't seem to be of the "casual" type. No Wii Sports or party games here.
Click to expand...

I was more talking about nintendo as a whole, not really specifically this system. But the problem is, they've already alienated hardcore gamers enough as it is. They probably aren't going to be winning any of them back unless the system actually delivers those big, hard hitting titles that everyone is excited for on the ps4/xbone, instead of just nintendo properties.

The problem about games is that it takes different programming to get them running on specific systems. It's not just a matter of copy and pasting the whole game onto a ps4 disk from an xbox disk. If a system is too hard to port to, developers just aren't going to bother. Sometimes I wonder if nintendo fails to realize this.

People aren't going to be interested in your system if you don't have worthwhile games. Like I said, some people will buy it purely for the mario franchises. That's fine. More power to them. But as a whole...the only thing that nintendo, sony, and microsoft alike are doing is pushing more and more gamers to pc, especially when the console itself costs just as much as a medium range gaming pc.

The Switch is going to get another presentation in January.

And there will even be a public hands-on event afterward, though only in Japan, unfortunately.

mr3urious said:
On the plus side, the Super Mario Adventures comic Nintendo Power used to run is getting a re-print by Viz.

And I'm glad they're doing that, especially since I've missed out on the last time they reprinted them all the way back in the 90's (though i swear there was another reprint last decade). Though I really wish that they'd let someone reprint the Valliant published Mario comics series. I had a hardbound "Best Of" back in the day, but 1990's book binding got the best of it. I'd love to replace that without having to sell an organ. Plus, if didn't even have all the Mario comic stories published.

I get what SGTFloyd is saying. Nintendo isn't gearing towards the hardcore gamers, leaving everything for PC's. And whatever they can do for gaming, that's one thing, but if they can have their merchandise to fall back on if anything goes south, that's a good thing for them. They just need to be open to licensing things out more.

Now there are rumors and reports going around saying that the Switch is underpowered compared to the competition, like as how it's reported to use only half the RAM and a fraction of the teraFLOPS as the Xbox One and PS4. But this guy has some very interesting arguments as to how it might be the case at first glance, but could possibly perform around the same level going a bit deeper.


And then there's the whole RAM issue, which may explain why Nintendo going back to cartridges may not make it such a huge problem after all. At least the developer behind those awesome Star Wars games for the N64 thought so. Those carts made it possible to store data for huge levels that the system itself couldn't hold, which couldn't be done on discs.


It's the memory on the carts themselves that worries me a bit, and AAA 3rd-party games use a ton of it. Reportedly the standard size will be 16 GB, a little less than a 25 GB single-layer Blu-ray disc and way less than a 50 GB double layer, but hopefully the way it's worded means that larger sizes will be available to fit different dev's needs.

Now we're getting loads of rumors, the biggest of which is that Breath of the Wild, the new Zelda game planned for simultaneous launch on the Switch and Wii U, might not be ready until the summer of next year due to the size and scope of the game requiring extensive time to localize the text and fix bugs. It's already been delayed several times already, so hearing this is pretty troubling indeed. But if it means avoiding a Skyrim issue, then it's understandable.

On the plus side, that new Mario title shown in the trailer is rumored to be ready at the Switch's launch, and really looks like the big open-ended platform game in the vein of Super Mario 64 that fans have been waiting for for a long time. There will also be upgraded ports of Splatoon, Smash Bros., and Mario Kart with all the DLC included plus more, and many more 1st party titles within the 1st year.

The Switch is also said to cost around $250 for the base unit, making it far cheaper than the Wii U and the same price as the original Wii. However, there's supposed to be an "upgraded model" costing around $300. Maybe this could mean it simply comes with Splatoon and a Pro Controller?

Either way, this is shaping up to be an exciting year for Nintendo. January can't get here soon enough!

Drtooth said:
But I agree that's Nintendo's big problem, trying to be innovative when most gamers just want the stuff they usually want.
Click to expand...

Really? I've seen a video online that said that Nintendo tends to be the least innovative/powerful with it's systems (Super Nintendo being one of the main exceptions).

And I;ve seen this video that states that gamers tend to complain about games not being innovative enough, yet games that are really innovative tend to not sell as well as games that follow what made other games successful.

Of course at one point in that video, it points out that the highest-selling games in the main Mario series are the ones that are most like Super Mario Bros. while the most innovative main series games are the lowest-sellers, yet SMB, which tops the sales of the other games listed, was innovative at the time it was released.

And now we have a far more far-fetched rumor: an RPG developed by Ubisoft that crosses Mario with the Raving Rabbids series that it set for a day-one launch.

Whether you love the Rabbids or not, we can all agree that something other than a minigame collection for these obnoxious creatures is a godsend. The only other time they were in something other than that was Rabbids Go Home for the Wii, which was a well-received platformer about collecting various objects to reach the moon.

mr3urious said:
And now we have a far more far-fetched rumor: an RPG developed by Ubisoft that crosses Mario with the Raving Rabbids series that it set for a day-one launch.

Whether you love the Rabbids or not, we can all agree that something other than a minigame collection for these obnoxious creatures is a godsend. The only other time they were in something other than that was Rabbids Go Home for the Wii, which was a well-received platformer about collecting various objects to reach the moon.
Click to expand...

Yes. Yes. Yes. I am in love with this idea; I just hope it is as serious as the original Mario RPG. You never know; who'da thought we'd see Donald Duck in a mage's outfit in an unbelievably confusing Final Fantasy scenario? 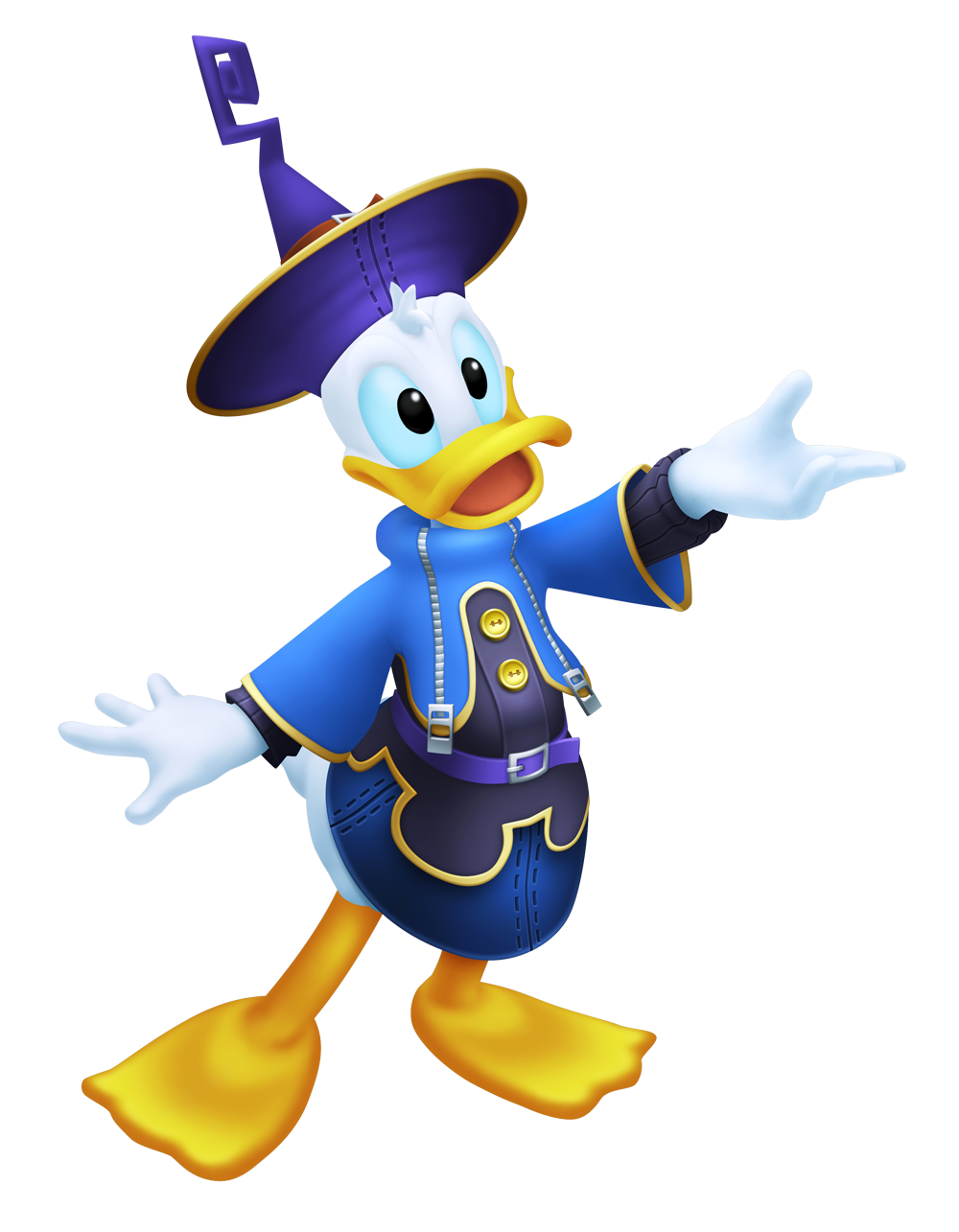 Here are some great videos from last night's Tonight Show. Jimmy Fallon's joy is contagious and so much fun.