I actually agree. To be honest the term “hotties” kind of throws it off.

How 'bout "Animated Uglies" instead?

I want Eustice to have all of my children.

LittleJerry92 said:
I want Eustice to have all of my children.
Click to expand...

Here's some new ones (again)

I agree, the title may be a bit misleading and it seems as if people are likely taking advantage of it.

YellowYahooey said:
I agree, the title may be a bit misleading and it seems as if people are likely taking advantage of it.
Click to expand...

Yeah. If anything it should be called Animated Crushes.

I'm not sure that title is actually any better, TBH.

Now back on topic, I have a pretty awkward one to confess. Jillian from Family Guy: 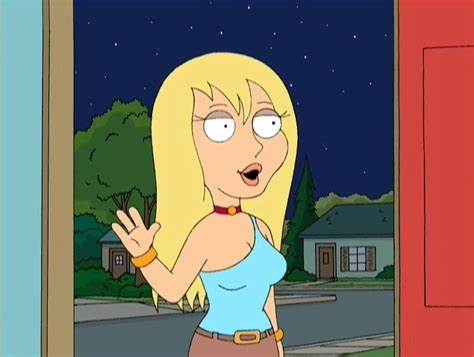 I'm sure this may come as a surprise to most of you considering the rest of my track record with animated crushes (majority furry characters) but even I like to switch things up every once in a while.

The main reason I was hesitant to admit this is well, have you ever seen Family Guy during the time Jillian was on the show? Her entire character trait is that she's a complete idiot!

That isn't the reason why I like her though. I think Jillian is very pretty, her personality is just so adorable, I love the way her voice sounds, and she is probably the nicest recurring character Family Guy has ever had. Her major stupidity aside, you just can't deny that she's super cute! Everything about her upbeat and perky personality is just so endearing to me.

I remember being pretty sad when they took her off the show. She's appeared in one or two episodes since then but I still wish they'd kept her as a main character. Thankfully though, they didn't kill her off and left the doors wide opened for her to make a potential comeback. If they ever decide to bring Jillian back, I'd be all for it!
You must log in or register to reply here.
Share:
Facebook Twitter Reddit Pinterest Tumblr WhatsApp Email Link
Top