Sesame Workshop has announced that the new human cast member of Sesame Street will debut this morning on Good Morning America on ABC. The Sesame Street Muppets will be there as well. Tune in and let us know your thoughts on Sesame Street's newest resident.

Here is a behind-the-scenes look at the auditioning and call back process...

If you saw the GMA appearance, please "like" this message.

wow im excited too see which one of these people it is!

And the new cast member is Mando (Ismael Cruz Cordova)... 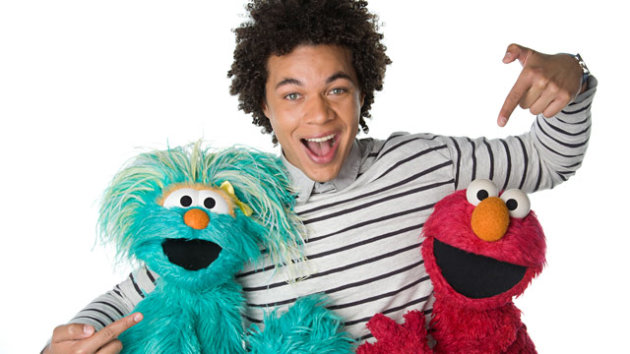 It's time for fans of "Sesame Street" to roll out the welcoming mat.

A new neighbor, Armando, is moving into the neighborhood and he's bringing a dose of cultural diversity along with him.

The popular PBS children's show announced today on "Good Morning America" that Armando, a writer, will make his debut Sept. 16, when "Sesame Street" premieres its 44th season on PBS KIDS.

"Mando," as he will be known to his new neighbors like Cookie Monster, Elmo, Bert and Ernie, will join Maria (played by Sonia Manzano), Luis (Emilio Delgado) and Muppets™ Rosita and Ovejita (Carmen Osbahr) as part of the show's bilingual community.

Armando will be played by actor Ismael Cruz Cordova, a native of Puerto Rico who holds a BFA from NYU's Tisch School of the Arts and has starred in shows like "The Good Wife."

Cordova won the role in a high-profile search by "Sesame Street" for a new character actor that began in August 2012 when hundreds of hopefuls came out to the show's first-ever open casting call held in New York City in their search for a new, diverse character.

"I am honestly still in shock," Cordova said in a release from "Sesame Street" announcing his new role. "I am incredibly proud to be a part of a show that acknowledges and celebrates diversity so whole-heartedly and am so grateful to have been given the opportunity to represent Latino-Americans on 'Sesame Street.'"

"Sesame Street" fans can get to know "Mando" this summer, before his premiere, and in the fall, once he's moved onto "Sesame Street," through the show's Facebook, Twitter, and YouTube.

Why would you ask for opinions of the auditions after an actor is chosen? I'll wait to see how well he is received by the audience now. The selection decision has already been made. Geesh, if they wanted input about an actor, they should have asked about the new person selected to do Elmo's voice. That would have been wiser, before posting the video on youtube that really had people questioning THAT decision for Sesame Street.

The new puppet is cute

Who's the new puppet?

Just saw it this morning! He's so nice!

What new puppet? I see nowhere that it says there'll be a new puppet...