You really have to get into the show in order to get all of the siblings straighted out . . . for the longest time, I kept getting Lori and Leni mixed up (because they're the two oldest blonde valley girl sisters), as well as Lana and Lola (because they're the twins), and, if you can believe it, even Luan and Lynn (both immature brunette sisters with ponytails). Having said that, while I still wouldn't say this series is perfect by any means, it has gradually gotten better over the years, despite what the consensus of the fandom may say . . . if anything, I would say (and this is an unpopular opinion) the series has actually come into its own after Chris Savino was fired - by that time, the writers really stepped up to the plate and further fleshed out the characters and added so much more layers and depth to them, whereas under Savino's supervision, yes, there was some character development (especially after they shifted the focus off of Lincoln and the sisters weren't so flat and one-dimensional anymore), but it was still mostly a gag comedy show.

I will also say that I think it's pretty neat that Nickelodeon actually allowed them to age the characters up and bump them up a grade in school (except for Lynn, for some reason), which further added to their growth and development (considering this is the same studio that Joe Murray had to fight with to get Filburt and Dr. Hutchison married because they didn't like character development) . . . see, if ARTHUR had done this, maybe, maybe that show wouldn't have gotten as stale and tired as it has been for the past several years

So I will say this, I see that an upcoming new episode is going to be very, very similar to an episode idea that I've had for a while now . . . but, at the risk of sounding egotistical, I honestly think my idea was heaps better than what they're doing.

Was it the alien episode or the one with Clyde getting jealous of Lincoln for him getting in the glee club in leu of him.

My idea, instead, was townspeople panicking over thinking they're being terrorized by a cryptid when they see some kind of unknown creature flying around in the night skies, when its actually Lucy's bats taking her out for nightly flights over town.

Apparently Statler and Waldorf made cameos recently . . . almost/sort of. . . . 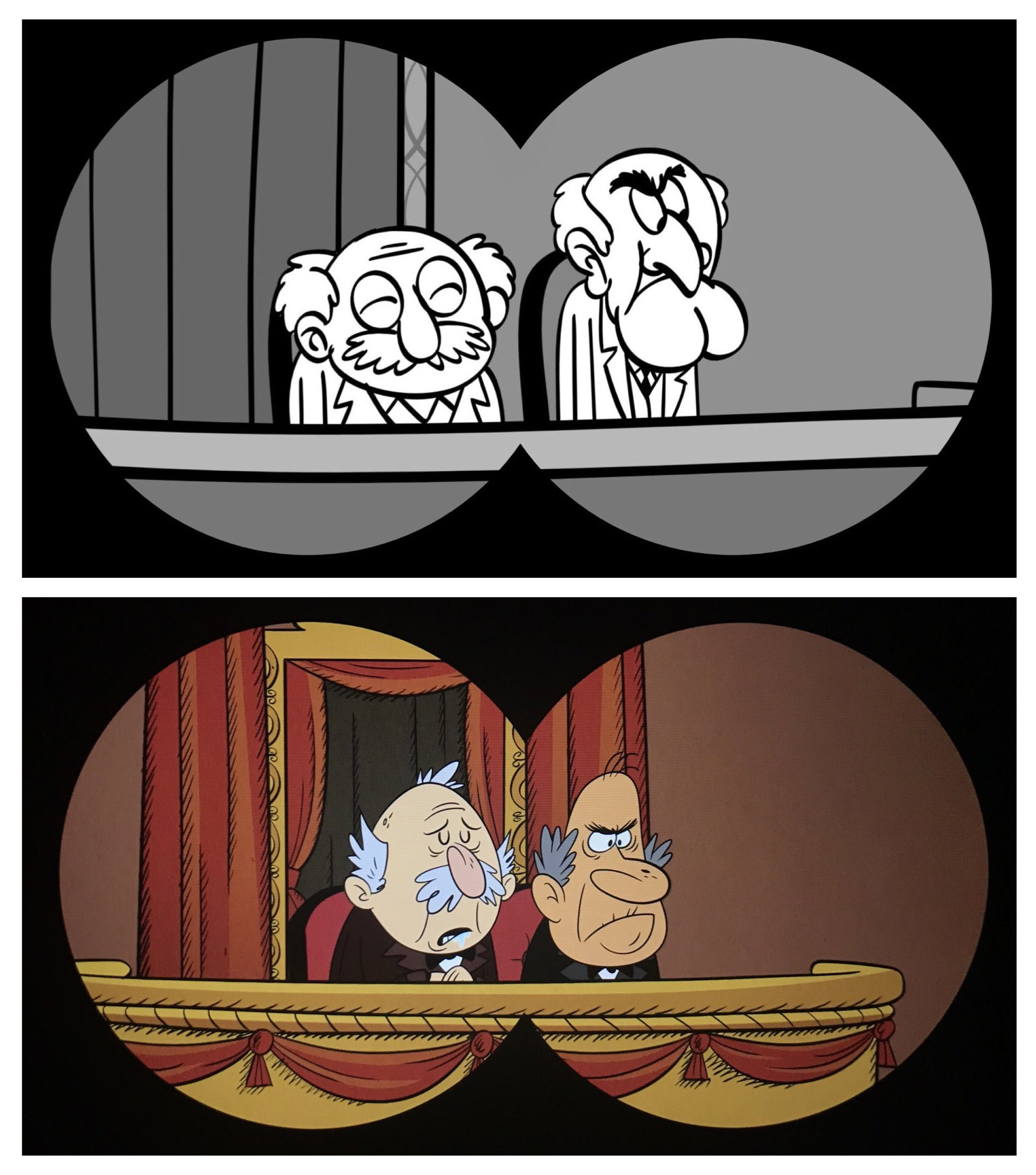 I was kind of hoping the animation would be really bumped up for the movie, and it probably would have if Chris Savino's theatrical movie didn't get axed after he got fired. I mean, the backgrounds look a little more lush, but otherwise, the overall animation's still exactly the same, and I guess with this version of the movie being dumped straight to Netflix, that's to be expected.

https://twitter.com/i/web/status/1403029652285833216
Once again, I'll say that the backgrounds certainly look like a major upgrade from the regular series, but the fact that the character animation is still exactly the same is a disappointment.

I just find myself questioning the existence of this baby dragon, and why the rest of the family seems completely unfazed by it - if not Lisa questioning it since it would disprove dragons being mythical creatures that don't exist in reality.

Why does the intro to the new movie feel more like the kind of montage that would precede the end credits of a somewhat emotional series finale?


On another note, even though apparently Chris Savino outright refuses to even look at TLH anymore, something tells me watching this would make him die inside knowing he had nothing to do with it.

And that they messed up the continuity with Luna