Elmo, Abby, Cookie Monster, and Gonger don't have the right ingredients to bring a vegetable lasagna to Sesame Street's potluck. What if they switch the ingredients and ask their friends for help? Let's try. (Guests: Stephen and Ayesha Curry) 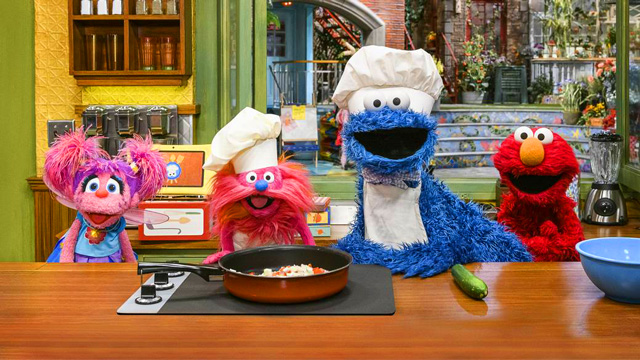 So, Potluck Pickle (which surprisingly doesn’t feature any pickles in it at all). This is the first episode in a while we got a description for in the press kit. I knew it would be about food or cooking from the description, but then why are Steph and Ayesha Curry here? As I always (used to) say, let’s find out.

The cold open features Elmo and Bert (Yes, you read that right. Elmo and Bert. Not your typical pairing.) discussing cooking and foods that are cooked. I correctly guessed Bert would only bring up oatmeal (like how I correctly guessed Danny Trejo was the Raccoon on the Masked Singer last night), but I didn’t expect a Muppet bowl of oatmeal to appear and express his love for Bert (Yes, that actually happened).

The street story begins with Elmo and Abby excited for a potluck dinner on Sesame Street that night, with them wondering what to bring. After they reject Elmo’s idea for cereal, they decide on the next most logical solution, veggie lasagna for 20 people (or, if Garfield were attending, just one fat cat). Only problem: Neither of them can make it themselves. Enter Cookie Monster and Gonger, who agree to help them. They first decide to make the sauce, only to run out of tomatoes. Luckily, Abby has plenty more in her garden. The next problem they come across, however, is slightly more difficult to solve. Since Cookie Monster ate all the noodles, they can’t make the lasagna, or can they…
After Cookie jokingly suggests using zucchini as a replacement for noodles, Gonger shows him how to actually make zucchini into noodles (slicing it into long thin slices to make makeshift noodles). Once they assemble the lasagna, they cook it in the oven. What they didn’t notice, however, was that there was a note on the oven saying “Out of Order” (well, Cookie noticed it, but mistook it for a shopping list). Gonger is hilariously infuriated and nearly quits until Cookie calms him down. Needing a new way to cook the dish, Abby decides to try using Norbert’s (Remember Norbert? I remember when he was Rico the Helpful Robot.) solar oven (which cooks stuff using the heat of the sun). The lasagna is done, and the potluck commences. This Street story was basically an elongated installment Monster Foodies. Your opinion on that segment will probably affect your opinion on this episode, but if you’re like me, you’ll probably like it.

Following some forgettable filler, we finally find the Letter of the Day, the fantastic, fabulous, letter…

C. (What, did you think it was going to be F? Go back and re-read the review. This episode’s about cooking.)
This is also where Stephen and Ayesha Curry come in. They appear in a segment with Elmo, Cookie, and Grover, where they show the benefits of a healthy breakfast. It doesn’t really relate to the theme (aside from a brief bit at the beginning), it doesn’t relate to what Steph’s known for (except in the middle), and it doesn’t feature the LOTD (except at the end)…
MAKE UP YOUR DARN MIND, SEGMENT!!! WHAT DO YOU THINK YOUR ARE? WHAT DO YOU WANT TO BE? WHY DO YOU EXIST IN THIS FORM?!?!
Sorry about that. This one I just don’t get. Let’s move on.

After a cute bit of Elmo and Abby pretending to be Cookie Monster and Gonger (respectively), we're treated to the real Cookie and Gonger once more. Today, they receive an order from some kids who are pretending to cook (By the way, the pretend food they were using is actually for sale at IKEA. I should know. I have it.), and got hungry for real. They want some fried rice, but when Cookie brings out the ingredients (including sesame oil, and yes, they do make that joke towards the end), they’re out of the most important ingredient, the rice! Needing more, they go to a farm where rice is harvested, where the worker explains where rice comes from and how it’s made. The duo gets more rice, and head back to Sesame Street to finish the dish (which they do, I just needed to point that out because I’m out of things to say).

Then comes the number of the day, 6. They ran out of time and couldn’t put anything here, but if they could have, I bet they would have used this.

Finally, let’s take our weekly trip to Elmo’s World. Today, Elmo’s thinking about cooking (big surprise). Smartie shows Elmo a video of a family cooking a pizza before leaving to recharge. Elmo plays a game where he makes a mushroom and avocado quesadilla (with shockingly minimal help from the disembodied kid voices), and Mr. Noodle turns a tiny spaghetti strand into a very long noodle. I don’t know how many more times I’ll have to say this, but Elmo does his happy dance and the segment ends.

The episode itself ends with the cast enjoying their potluck dinner and signing off. Nothing more, nothing less. 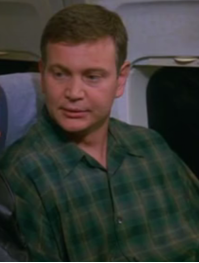 Yeah, it felt kinda redundant to have both the street story and Foodie Truck be the same sort of thing. I got a chuckle out of Abby doing the whole "person who works at food source" shtick. And a little spotlight for Bert is nice.

That Steph/Ashley Curry thing was so directionless. It really didn't occur to me until now but most of the writing staff now has probably never written a sketch before, and this is a good example of that.
A

Even though HBO Max is a monthly subscription, I've had to renew my subscription every week to watch the episodes when they premiere at 3 AM, and it maxed out my credit card. Until I get more money on it, I'm gonna have to wait for PBS to air these. The only thing I can talk about is the cooking challenge sketch which was amusing.
A

Thanks to my dad being kind enough to let me use his credit card, here are my thoughts. The cold open with Bert only mentioning oatmeal and the oatmeal puppet played by Tyler was funny. I liked having Abby be the person for Gonger and Cookie to get food from, complete with them singing and Elmo not knowing what's happening. It was nice to see Norbert again. The bit with Elmo and Abby pretending to be Cookie and Gonger was a nice nod to Ryan and Leslie being David and Warrick's assistants in the first season of Foodie Truck. Gonger acknowledging he always saves food for Cookie was funny.
You must log in or register to reply here.
Share:
Facebook Twitter Reddit Pinterest Tumblr WhatsApp Email Link
Top