Cookie Monster is waiting for the arrival of his country cousin, Apple Monster, and asks Luis to keep a look out. Apple Monster arrives and Luis is convinced that he is Cookie Monster in disguise with a scheme to obtain more cookies. Luis baits Apple Monster with a cookie but he declines and instead wants Luis' apple. He eats it to the core. Apple Monster then finishes another apple from Hooper's Store, and starts to dig in on the selections from Mr. McIntosh's fruit cart. Still not convinced, Luis and David offer more cookies, but Apple Monster declines. When Cookie Monster returns, he gladly takes the cookies offered to his cousin and they were both pleased with the snacks given to them. Grover takes the job as an elevator operator in Oscar's trash can but Oscar soon fires him.

Please note, this is the first time this episode has been commercially released since it's original broadcast.

Hopefully, these episode lists will soon be updated to reflect the S5 and S7 shows recently added to the HBO Max roster.

Yeah, I wonder where the moderator who started these threads has been lately.

And it's not just the shows from Season 5 and 7 that are recently added to HBO Max, but also one episode from Season 18.

I hope that someday we may get to see the string of snow-themed episodes from Season 13 on HBO Max. I have a feeling episodes involving specific themes, such as birthdays, relatives of cast members or Muppets visiting the street, adoption, trips to other locations, medical issues, and other significant events (including the "dark" blackout episode from late in Season 10), will probably end up appearing on HBO Max someday. I don't expect to see any episodes that have no main storyline in the street scenes, especially Episode 1690 which had only two street scenes at the beginning and end of the episode, and nothing but an incredible number of animation, film, cast and Muppet inserts between.

Here's a link I found which seems to be more up to date: 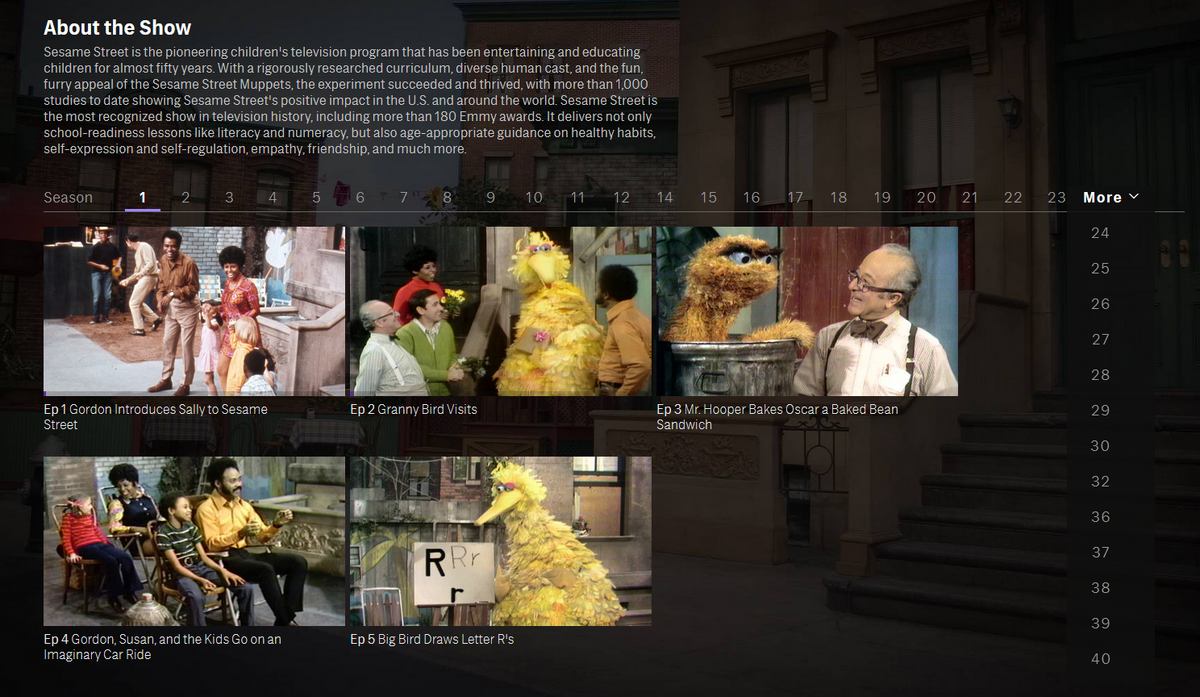 HBO Max is a streaming service launched on May 27, 2020 from WarnerMedia Entertainment. In October 2019, Sesame Workshop announced that it would enter a five-year deal with the service, producing original content exclusively for the platform. Five new seasons of Sesame Street will make their...