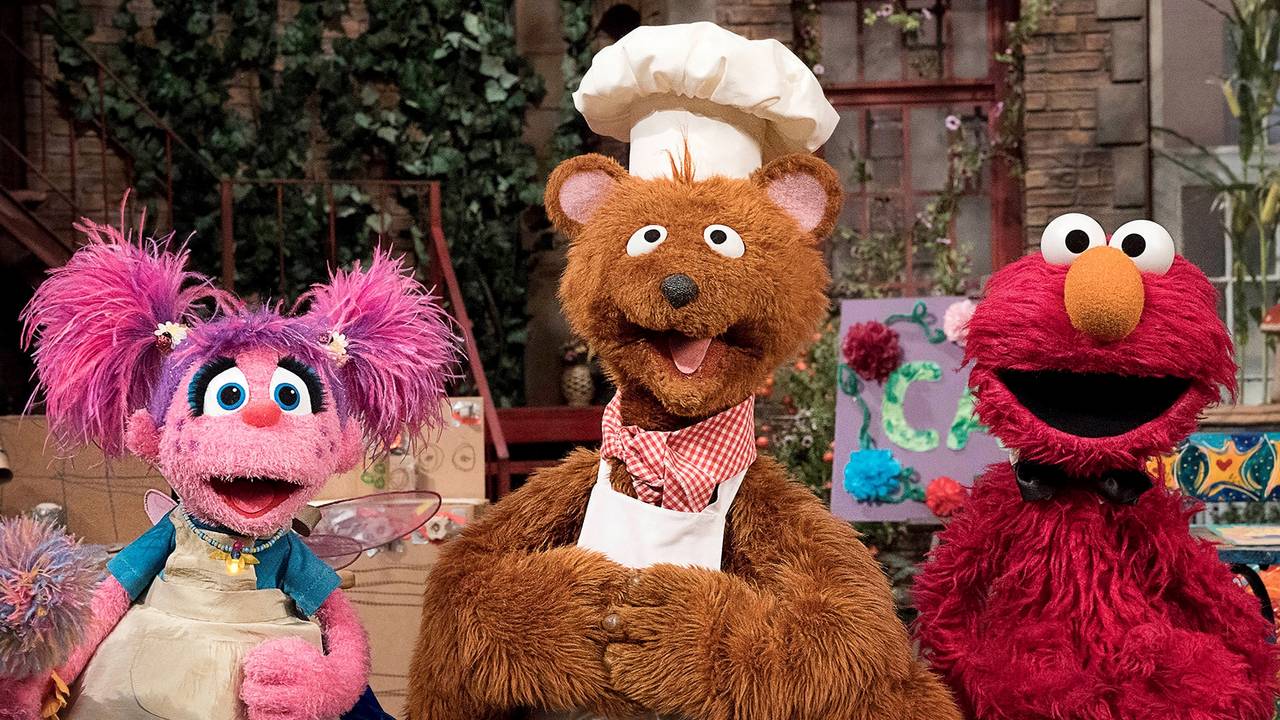 The voice Stephanie used for Goldilocks was kinda unique. I had to listen very carefully to figure out it was her. My favorite part was Abby poofing Alan in and out and him not being a fan of it. The end with Mr. Johnson and Grover was the perfect way to end an episode about restaurants.
D

When Alan said it was time to plan the play, I thought that was an indication that the song would be featured in this episode again, but apparently that wasn't the case.

Anyway, not really much to say about this one, other than it was nice to see Baby Bear again, and it was interesting to see Goldilocks in a role other than annoying the crap out of him; Stephanie's Goldilocks voice reminded me a bit of Kathy Mullen (but what was with her eyes, they made her look so stoned). The promo for this episode showed that Grover eventually joined in on playing restaurant, dragging a reluctant Mr. Johnson along with him, but I never saw that - that would have been interesting to see.

D'Snowth said:
The promo for this episode showed that Grover eventually joined in on playing restaurant, dragging a reluctant Mr. Johnson along with him, but I never saw that - that would have been interesting to see.
Click to expand...

That was at the end.

But yeah, it was nice to see Baby Bear again; I miss him, even though they didn't really do much in the episode. The bit at the very end was easily the best part. And that Cloud 9 Diner animation was interesting to say the least.

*sighs* I miss Baby Bear too. Pretty much all of the rest of the main characters (aside from Snuffy) get a few major roles per season, or at least they get to be in a few cold opens/closing scenes. Baby Bear really is an underrated character, I wish more people could see that.

But, I guess that's what fanfic is for.