It's Earth Day on Sesame Street! Rudy learns to be kind to the earth after he sees what it would be like if everyone acted like him and threw their trash on the street. 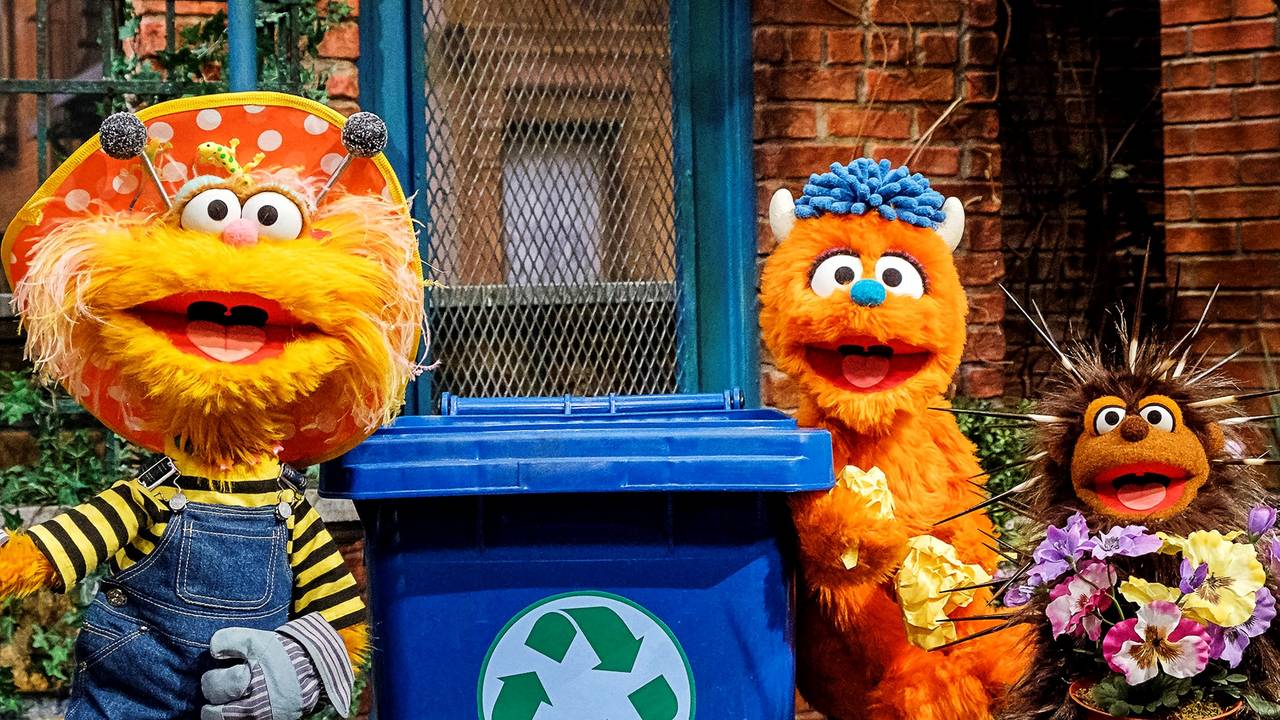 This episode is basically what I do every single week: I pick up everybody's trash in the neighborhood, because everybody just throws their trash on the ground, or out their car windows driving by, even though some people leave their trashcans out front all week long, there's plenty of cans for people to toss their trash into, if they weren't so lazy. I get sick of having to pick up people's empty shot bottles, used condoms, crumpled-up fast food containers, and other trash - but nobody else is going to, so I mighjt as well do it myself . . . if though I get an earful for doing it.

So who performed Molly the Mole? The voice sounded dubbed by Leslie, but I doubt she was performing both Abby and Molly at once.

And haven't we already heard "Try a Little Kindness" this season?

Stephanie's mole was funny, I guess. And it was nice to see Grundgetta.

That's about it.
A

Having both Frankie and Zoe in the episode was a nice way to show Jen's versatility. It was great to finally hear Jen's Zoe sing. It would have been nice to have more of Oscar and Grundgetta enjoying the trash, but with a short amount of time to do a street story, what can you do? I liked Rudy accidentally making the recycling conveyor belt go faster in the new AAA.