Nina, Elmo, Abby, Big Bird and Chris put on a play about Little Miss Muffet. With the actor, narrator, costume designer and set designer jobs already planned out, Nina helps Big Bird find his role as playwright when he comes up with the idea of changing the ending to the story.

This episode features an all-new street story, Chance the Rapper in "T is for Theater", a new Cookie Monster's Foodie Truck ("Cinnamon") and a new Elmo's World ("Theater"). 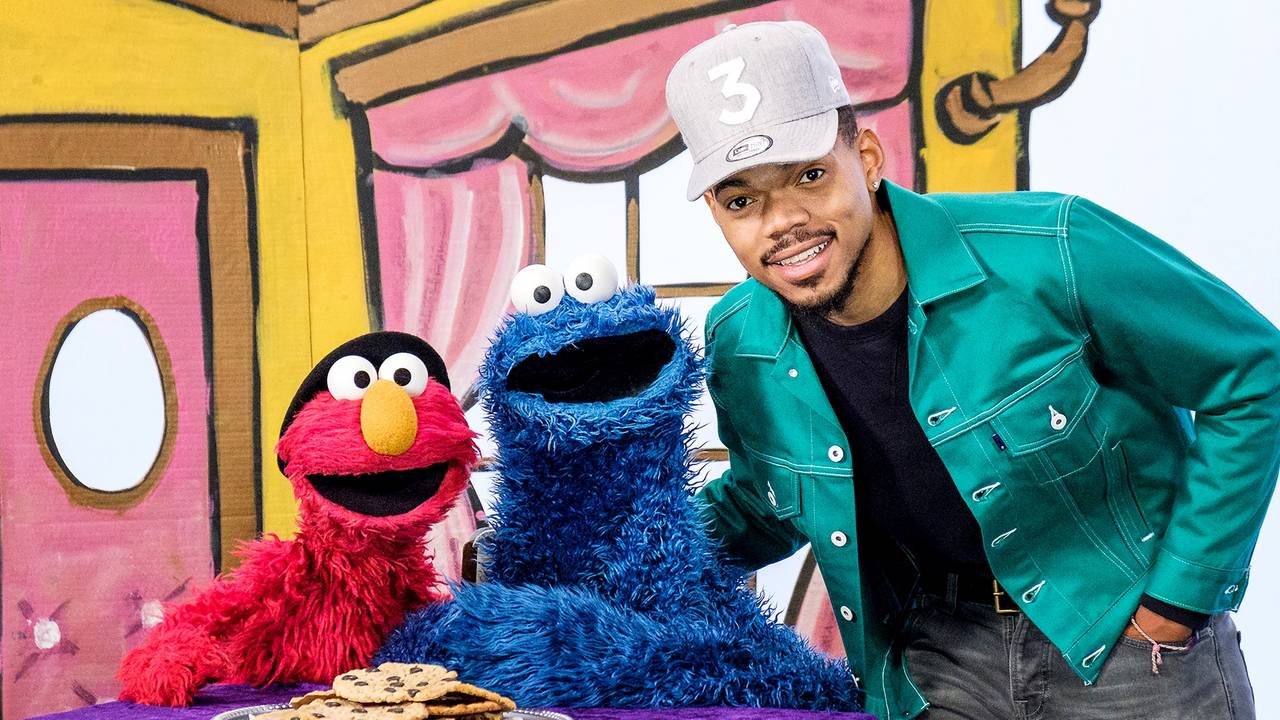 I had, like, 0% interest in this. Except the Two-Headed Monster as a one-man band, which is something I can't believe they haven't done yet.
A

I liked the cold open with Oscar watching Slimey and another acting out Romeo and Juliet. Of coarse Oscar would like that play. I thought Ryan gave some funny performances as Elmo trying to be a thespian. I know Peter Linz was one of the squirrels, but I can't tell who played the other one or the AM who shushed them. The bit with Chance the Rapper was sorta funny. I liked how this time on Monster Foodies, Gonger had all the ingredients only for one of them to go away due to Cookie turning on a fan. I guess they're saving Matt and Eric doing Big Bird and Oscar's voices for EW until season 51, given the fact that Big Bird said nothing in the new EW.

This was another street story that had a much more traditional, even old-school vibe to it, given that SS has a history of doing stories where the characters put on a play for the entire neighborhood to see, such as Prairie Dawn's pageants and such. Once again, there was no actual conflict, though, but there were some interesting little details to pay attention to, such as an argument between 2-Headed Monster wanting to paint with yellow and blue accidentally mixing green instead, and Big Bird clearly wanting to be part of the play, but isn't even pushing or asserting himself, and he just happens to suggest a different ending to the story, and bam, he's the playwright. And a nice little attempt at a running gag of somebody not knowing what curds and whey are, and somebody else mentioning it's kind of like cottage cheese (never heard that explanation before, honestly, but it makes sense).

I too found the way she ended almost every sentence, or uttering one-word exclamations in Spanish to be a tad . . . gratuitous?

Hmmm. I noticed that too. Even Maria only spoke Spanish as needed and often ended the show with 'Adios,' but it wasn't in every sentence. It does seem like with Nina, she keeps throwing in Spanish words and phrases at random.