Alan gives Elmo, Rosita, and Abby his old cameras to play with and suggests that they can be photographers for the day. So Abby, Rosita, and Elmo go around Sesame Street taking pictures of things like sports and fashion, while also learning how to use their cameras. 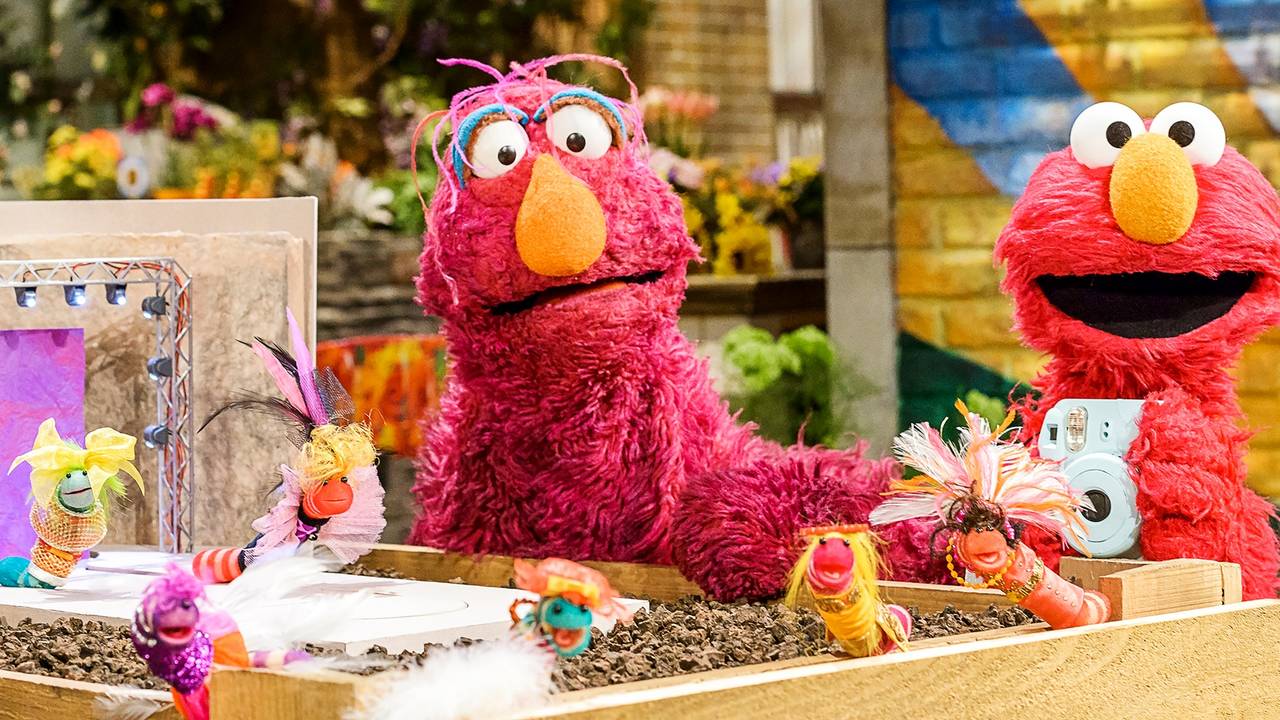 I liked the subject of the story, but it otherwise really had no actual structure to it: Alan gives Elmo, Rosita, and Abby his old cameras, they go out and take pictures, they come back and show the pictures they took. That's it. Just about the only "conflict" the story had to offer was Rosita having a hard time taking a picture of Grover in mid-flip. I do appreciate, however, that they utilized different cameras, such as a digital camera, a phone camera, and even an old-fashioned instant camera. There was even a filmed insert with a boy using an instant camera . . . do those actually still exist?!

Other than that, it's really noticable how deep everybody's voices have gotten now. Rosita and Telly both sound like adult versions of themselves, and Abby (particularly in Abby's Amazing Adventure) sounded more like Enthusiastic Penelope Penguin at times. I know that's something that can't be helped, but it's just gotten even more noticable.
A

I liked the cold open with Ernie failing to take Bert's picture: "Where's my face, Ernie? On the front of your face, Bert." My favorite parts of the street story were Telly being a fashion show director with Elmo telling the worms they look beautiful and Grover getting upset about having to do his flip more than one time. I liked how in Abby's Amazing Adventure, the picture that Abby took of the fish came to life. Hopefully the Elmo's World animators will update Abby's outfit soon. Elmo's joke about photography being a snap was funny.

If these first two episodes are any indication, it seems like the "stories" will be just "Muppets do stuff" and not an actual story.

Still don't like this letter usage. I get the idea of making the letter correspond to the theme (P - Photos), but couldn't they just as easily do a different letter, but gear the segment to the theme (like, I dunno, someone taking pictures of things beginning with the letter W or whatever)? The number segments work that way, why can't the letter stuff as well?

That's what I was saying. In fact, in hindsight, the whole notion of turning Elmo and Abby into competing veternarians felt very left-field . . . like, other than trying to bring some form of conflict to the story, why turn that into a competition?

D'Snowth said:
Other than that, it's really noticable how deep everybody's voices have gotten now. Rosita and Telly both sound like adult versions of themselves, and Abby (particularly in Abby's Amazing Adventure) sounded more like Enthusiastic Penelope Penguin at times. I know that's something that can't be helped, but it's just gotten even more noticable.
Click to expand...

Yeah. That's something I've been told when I commented on how Steve's Kermit voice has changed over the years (which I know isn't the best example since Steve doesn't voice Kermit anymore but bear with me on this). Muppeteer's voices do change over time, especially with Telly since Marty's been performing him since 1984, over 30 years, so yes that's definitely to be expected.