Elmo and Abby test bubble mixtures and learn that a bubble has the colors of the rainbow.

This episode features a street story from Season 42 and a new Elmo's World ("Bubbles"). 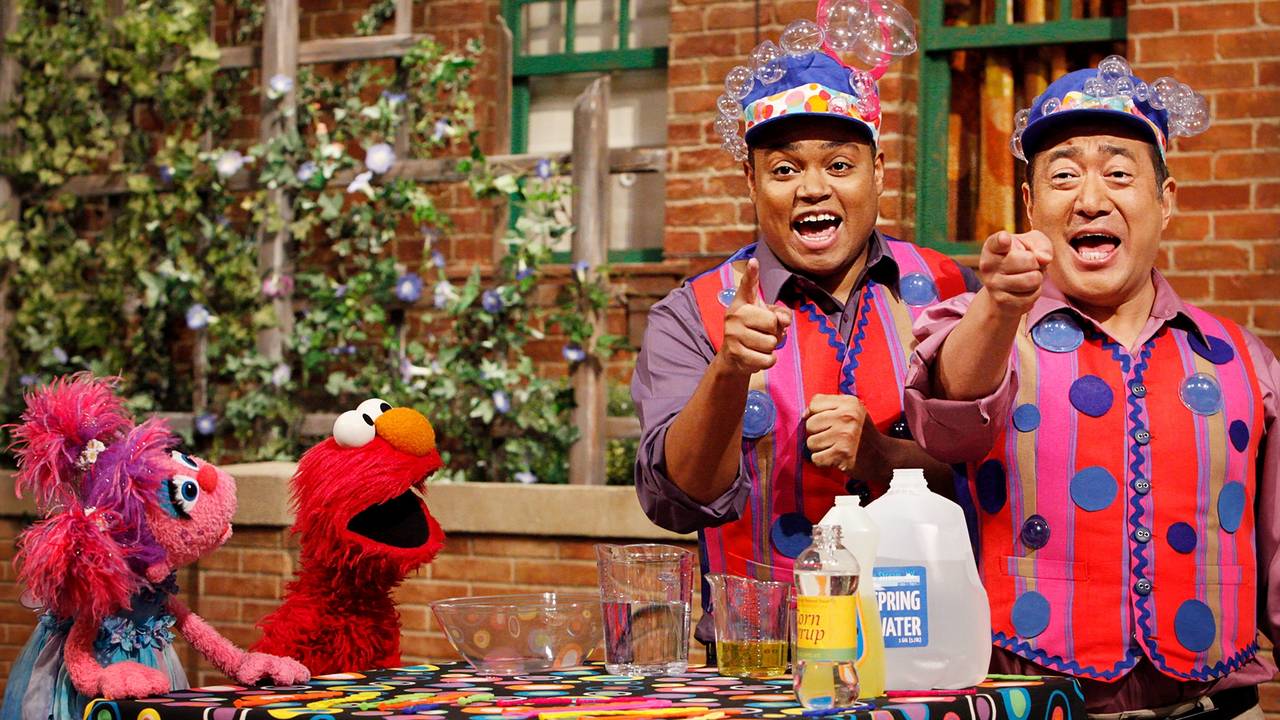 Clearly a repeat, but can I just say I've never heard of using corn syrup as part of bubble-making mix? Just water and soap as far as I've heard.

But hey, I like how Alan and Chris are like a pair of flamboyant and overly perky gameshow hosts throughout the whole Bubble Fest. However, I kind of wish we could have at least kept dissolving back and forth between the Bubble Fest and seeing Telly's struggles to figure out how he's going to blow bubbles - Telly's always at his funniest when we see him frustrated and emotional; otherwise, his involvement in the story felt tagged on.

And as I've said before, I like how NOTD takes the time to count the individual cookies, and they've been doing that more frequently as of late, which is good.

And you know what? Clearly I've been watching too much Nostalgia Critic this month . . . because throughout the whole episode, I kept wanting to yell something, and anyone else who watches Nostalgia Critic probably knows what that something is.
A

The cold open with Grover and ending with Telly were fun. I kinda wish they had Telly blow real bubbles like the street story though. It was interesting how there were bubbles in the happy dance part of EW.

How many shows are they doing this season?
D

antsamthompson9 said:
I kinda wish they had Telly blow real bubbles like the street story though.
Click to expand...

I was going to say that as well, but knew @Oscarfan would offer the customary, "What would be the point of doing something so technical for such a short bit?" response, so ehh.

dwayne1115 said:
How many shows are they doing this season?
Click to expand...