Gabrielle and Prairie think they can't dance together because their hair doesn't move the same way. But Nina helps them realize it would be cool to just let their hair do what it wants to do. Then Elmo and Big Bird join their dance and let their fur and feathers do what they want to do. It's more fun to dance together. 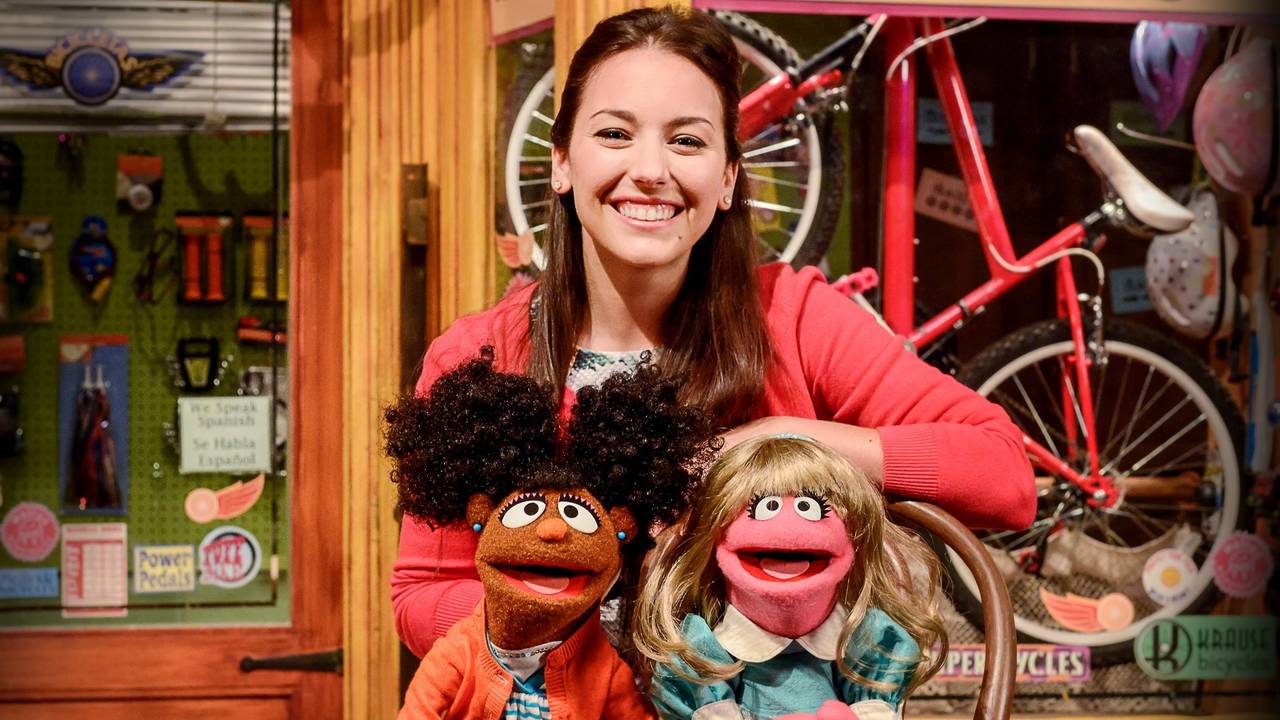 There was a good idea in there, but I don't think they executed it well enough. It might have been better if it focused more on Prairie and Gabrielle and didn't solve their problem in two seconds.

And what's up with Gabrielle? It might be because they don't want to use Segi because she was Joey's creation (and there's a WGA residuals thing about him getting residuals for further use of a character he created, provided the SS writers are in the guild).

Props to them for completely butchering "I Love My Hair." Why even bother showing it? They could've done the whole thing if they didn't throw in the Kindness Cam bit.

Foodie Truck, same as usual. I don't dislike it, but it's not "Wow, this is great!"

I really liked the haircut cartoon. Why can't the letter segments be more like this? The letter bits never organically incorporate the letter into the film or cartoon. Here's an idea - the letter of the day doesn't have to directly relate to the theme; pick a letter and make a film or cartoon about the letter S or J that heavily involves hair. Why don't they do that? Ugh.
D

So I see next week's new episode is going to be an international crossover featuring Muppets from other international co-productions; this looks really cool and all, but it's be even better if some of Big Bird's relatives were included like Abelardo and Pino and such.

Hands in the air like you just don't care? Wow, Prairie's stuck in the 90s, lol.

Did anyone notice someone's head (kinda looked like Frankie, but I wouldn't swear to it) behind Cookie's right hand as he's eating spaghetti? Likewise, someone could be briefly seen under Big Bird's right wing as the others teach him their dance.

Overall, I didn't mind the street story at all. I'll agree that the problem being resolved quickly diminished the conflict, but oh well. Still enjoyable, even if Gabrielle is clearly a Suspciously Similar Substitute/Replacement Scrappy for Segi.

Really, the only entertaining aspect of this week's Foodie Truck was Gonger's flipping out over Cookie eating all the angel hair. "CookieMonsta!Youalwaysdothiseverysingleday!" Too bad they couldn't teach about the difference between al dente and softer noodles, lol. And hey - when they finished cooking, how is it that the angel hair suddenly turned into linguini?

Oh, and I meant to write this, but Stephanie is killing it as Prairie. But, I feel like that should go without saying.
A

The cold open with Marty playing a monster named after him was cool. Gabrielle is cool enough, I'm gonna miss Segi though. Elmo losing his wig and Cookie thinking it was spaghetti was funny. The song at the end of the street story was catchy. This time in Foodie Truck, Cookie didn't wolf down his food, he just slurped up the noodles, which surprised Gonger. I liked the game segment of the new EW, where a monster had things from a swamp in his hair.

Who performed Gabrielle?
A

I emailed Stephanie hoping she'd have the answer, and she doesn't. The voice was dubbed after filming, I would have thought the girl did the voice on set like the voice of Segi did. Hopefully someone will get the info on the voice of Gabrielle and also Lily in the food festival episode.

Finally got around to watch this and a few other street scenes on YT, and overall I thought this was really good. Gabrielle was pretty much the only character that I was like, what?, because we've never seen her before, but it's fine. Stephanie is amazing as Prarie Dawn (like always), and Elmo was fine too, even if he did seem shoe-horned in. (Not a huge surprise.) I have to say, I still can't get used to Matt's Big Bird though. I dunno, there's something about it that just doesn't feel right to me. Eh, I'll get used to it in the end though.

The street story was okay, nothing spectacular. I agree with other members that the conflict in the story was wrapped up way too fast, and in a very predictable way.

The food truck segment was good as well. I sure do love Asian food!