Holly Robinson Peete, Daughter of the original Gordon Matthew Robinson, Posted this good bye on her Twitter Page…
https://twitter.com/i/web/status/1502120750869737474
Warrinick Brownlow-Pike, Gonger performer posted this on this Twitter Page…
https://twitter.com/i/web/status/1502399111030530051
That is all I have found for now, but still it is going to be a while before we hear something…I mean this is just heartbreaking to see how much a person can make a difference and teach many people different Languages.

Another pensive song interpreted by Luis; this one probably stayed back in my innocent subconscious state. But the Lydian feel reminds me of the Raposo waltz that underscored Linda's infamous "Before and After" demonstration, also narrated by Delgado.
(As I'm writing, I have the song looping on my player.)
Last edited: Mar 11, 2022

DotBridgekeeper said:
I would hope that the Workshop would consider releasing more content from at least Delgado's debut season (Season 3, 1971-1972).
Click to expand...

Or, maybe releasing some of the "best of" episodes featuring Luis, as a tribute. Particularly the saga in Seasons 19 and 20 with the events involving Maria & Luis leading up to their wedding, and some of the episodes centering on Maria's pregnancy that have Luis involved. I am also sure there are many other older and later episodes in which Luis was prominent.

I also am surprised that the daughter of the original Gordon was a host of CBS's The Talk.
M

LittleJerry92 said:
I understand we’re all eager to see more early unreleased content, but let’s not use Emilio’s passing as a way to hope for new previously unavailable content to surface through commercial media. If the workshop chooses to do something like at least a montage of the character then I think that’s fair, but wanting to see more official clip releases just because a cast member died I think is asking for a bit too much.
Click to expand...

Yeah, when Jerry Nelson died, I was hoping there'd be a collectors DVD focusing on segments with his characters (both rare clips and stuff that had been online for years but not available on home video) while at the same time thinking that same basic thing.

I wonder if the next episode will have a dedication to him, like the first episode that aired after Caroll Spinney did. I don't think the show has ever had dedications to any of the live cast, at least not ones who had been off the show for some time. They didn't do it for Matt Robinson, Northern Calloway, or Alania Reed Hall (and there's many others they didn't do it for, but those seem most deserving of one). 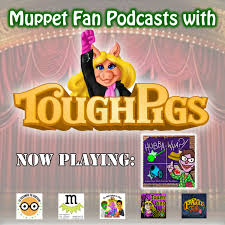 We're excited to a launch a brand new podcast, 'To Introduce Our Guest Star' for ToughPigs.com! Over the coming weeks, Jarrod and Joe will take it in turns to surprise each other with guests from the world of The Muppets, Sesame Street and The Jim Henson Company. In our first episode we're...

I had heard the shorter interview several years ago, but this is a more recent one from April 21, 2021.