fuzzygobo said:
Since we’re talking about double standards, let’s shed some light on a democratic one.
For years, Trump was demonized for building a wall to stem the flow of illegal immigrants from Mexico and Points South.
But now you have Alejandro Majorcas saying if you come by boat from Cuba, we’re sending your a$$ right back.

You don’t see AOC in a white dress weeping on the shore at the plight of the Cubans.

Wanna know why? Miami has a strong Cuban population, many tend to vote Republican.
They share Republican values. They love this country and the freedoms we have, because they remember all too well the lack of freedom under Castro.
So because these people are patriotic and aren’t about to talk about how Murka sucks, Democrats have no use for them.

The thing I’ve caught on is the Democratic Party is completely dishonest when it comes to their views and they have proven it numerous, numerous times.

When it comes to republicans, at least they’re honest with what they believe in - my issue is the things they’re honest about are not things I agree with.

Muppet Master said:
I feel like you watch Fox News more than anyone else in this thread
Click to expand...

It was insane to see the Democrats do a 180 from "believe all women" to "Tara Reade is a Russian liar". And their grand excuse for Biden's history of deeply racist rhetoric and policy is "he's grown and changed as a person". No, he hasn't changed, he just looked at the polling data and realized he has to hide his real beliefs to get votes. And even then, he still has slip-ups like the "you ain't black" fiasco. 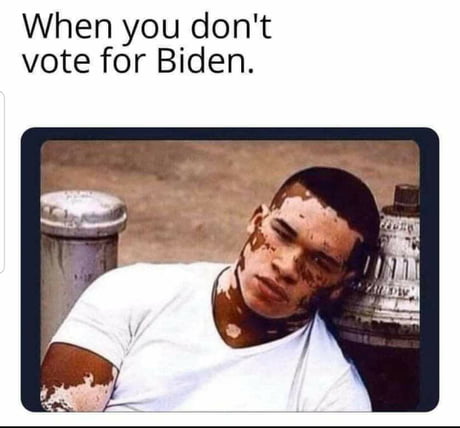 Your closet racist is showing again

So three Democrats who tried to block Texas Republicans' attempts at voting restrictions have tested positive for COVID, and somehow they're now not only assaulting democracy (funny to hear the right use that term in this content), but are also somehow directly responsible for killing other Americans who caught COVID? Once again, rightwing and GOP illogic continues to astound me.

I’m just waiting for one of the two “Muppets” to offer a rebuttal.

As I've said before, one of the main things I don't like about Biden is how right-leaning he is - because of that, he really has no intentions of really doing anything to improve healthcare in this country (sure, he managed to keep ACA), let alone do anything about Big Pharma. . . .

I was really angry to see that my prescription, which has usually been anywhere between $9-13 has now jumped up to $28 - and that's even with my insurance (the best GoodRX apparently can do is $45). That's over double what I've usually been paying for years . . . I'm just so ****** about this.
You must log in or register to reply here.
Share:
Facebook Twitter Reddit Pinterest Tumblr WhatsApp Email Link
Top